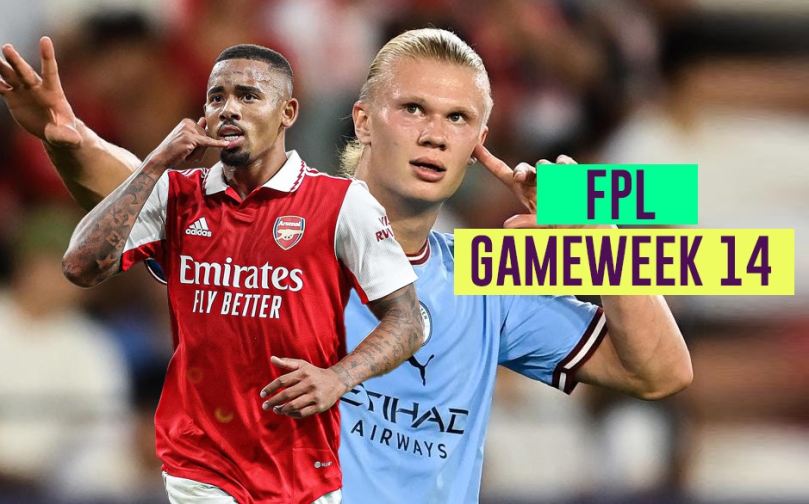 FPL 2022-23: Fantasy Premier League – FPL Gameweek 14 team selection – Fantasy Premier League enters into Gameweek 14, as the action comes thick and fast before the break for the FIFA World Cup in Qatar next month. The week begins as former Premier League champions Leicester City welcome current champions Manchester City at the King Power Stadium in the early kick-off game. Leaders Arsenal aim to stay on top of the table, as they host promotion side Nottingham Forest, a week after their huge win over Liverpool. Follow all FPL news and updates on Insidesport.IN

Manchester City’s Erling Haaland leads the goal-scoring charts across the Top 5 leagues in Europe and is the safe bet for captaincy against a struggling Leicester City side. Haaland also travels to former club Borussia Dortmund this week and will be eager to continue his free scoring ways this season.

Arsenal will be looking to bounce back from their disappointing 1-1 draw against Southampton, against Forest at the Emirates Stadium. The draw helped Manchester City close the gap at the top and Gabriel Jesus will be expected to end his goal-scoring drought against the former European champions.

Liverpool fell rock bottom after former striker Taiwo Awoniyi condemned them to a historic loss at City Ground last week. However, the Reds take on a struggling Leeds United side and will be aiming to return to winning ways with their performances lacking consistency. Defender Joe Gomez could be a smart signing with the injury to Joel Matip in defence partnering the towering Virgil van Dijk.

Manchester United were saved by an injury time header by midfielder Casemiro against Chelsea. However, manager Erik ten Hag will be pleased with his side’s form ahead of the game against West Ham United. Midfielder Antony has been impressive since signing from Ajax and could be expected to put his name on the score sheet.