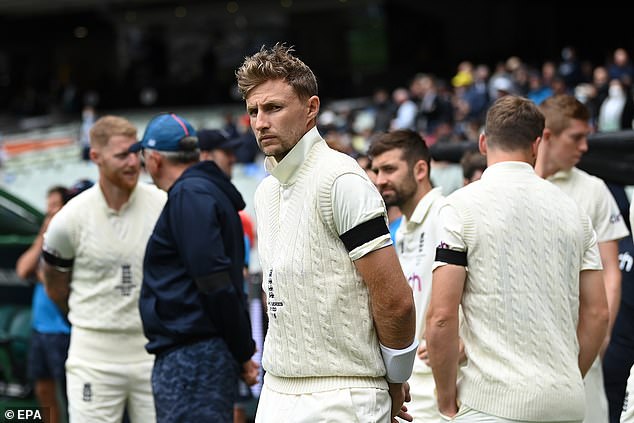 TOP SPIN AT THE TEST: England’s opening partnership average of 7.60 is the visitors’ worst figure since their FIRST EVER Test tour back in 1876-77 as Haseeb Hameed brings up tourists’ FIFTIETH duck of 2021 on miserable first day in Melbourne

England floundered again in Australia with a miserable opening day of the Boxing Day Test leaving their hopes of salvaging the Ashes in serious trouble.

The hosts won the toss and elected to bowl and captain Pat Cummins skittled through England’s top order, with poor decision making and shot selection at the heart of the visitors’ woeful total of 185 runs.

The first day in Melbourne served to highlight, once more, the gulf in class between the two sides and Sportsmail’s Lawrence Booth provides the harrowing stats that make for grim reading this morning.

Three players have made eight fifties here without a hundred: Shane Warne, Nasser Hussain and Tom Hayward, an England opener from the early 20th century. 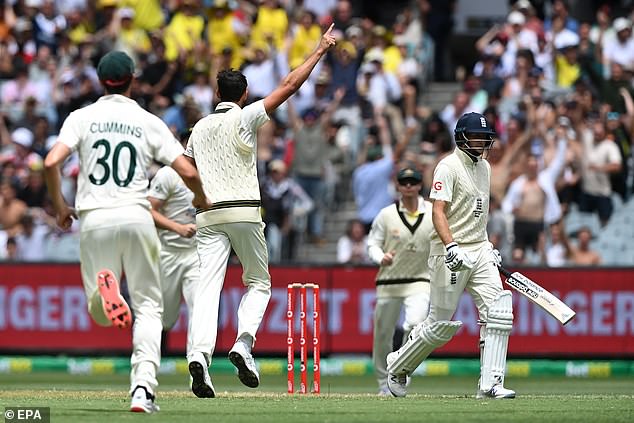 When Haseeb Hameed was caught behind off Pat Cummins’s fifth ball, he brought up England’s 50th duck of 2021. Barring a meltdown in their second innings, they should at least not now break their own world record of 54, set in 1998. 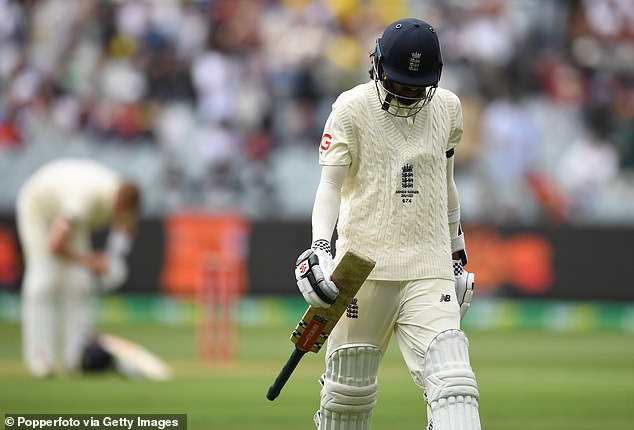 Hameed’s partnership of four with Zak Crawley took the aggregate for England’s opening stands in this series to 38 runs at an average of 7.60.

Only once before has their first-wicket partnership fared worse in Australia – back in 1876-77, the very first Test tour of them all.

England have now been dismissed for fewer than 200 on 12 occasions in 2021. And they have failed to reach 300 a further six times. 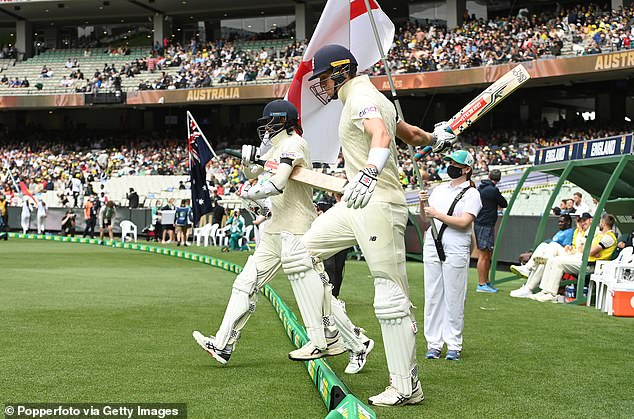 England’s opening partnership average of 7.60 is their worst in Australia since 1876-77