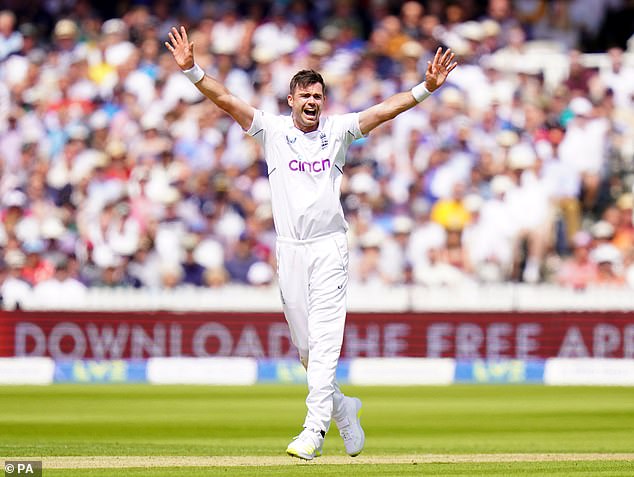 TOP SPIN AT THE TEST: James Anderson profits at Lord’s once again after the first day of the opening Test against New Zealand… while Jonny Bairstow reaches 200 Test catches

James Anderson’s four wickets took his career haul at Lord’s to 114 – the third-highest total for a Test bowler at a single venue.

Sri Lankan spinner Muttiah Muralitharan is both first and second, with 156 wickets at Colombo’s SSC and 117 at Kandy. He also claimed 111 at Galle.

He has now dismissed both openers in a Test innings on a record 27 occasions, surpassing Australian Glenn McGrath.

Jonny Bairstow became the fourth England player to take 200 Test catches when he held on at the second attempt to Tom Latham.

Moments later, he caught Devon Conway, to move to 201, of which 23 have come without the gloves. 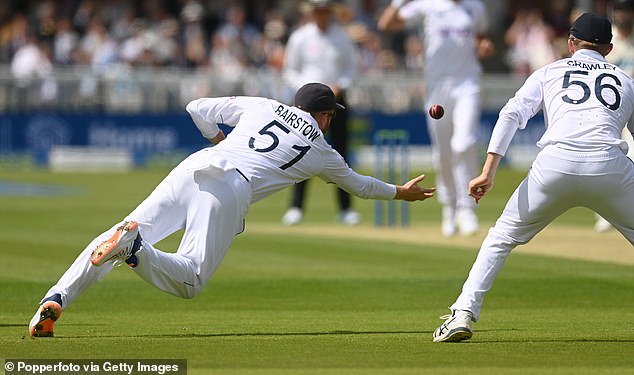 If New Zealand go on to win this game, they will make Test history.

No side have ever won after losing their first four wickets for 12 or fewer in the first innings.