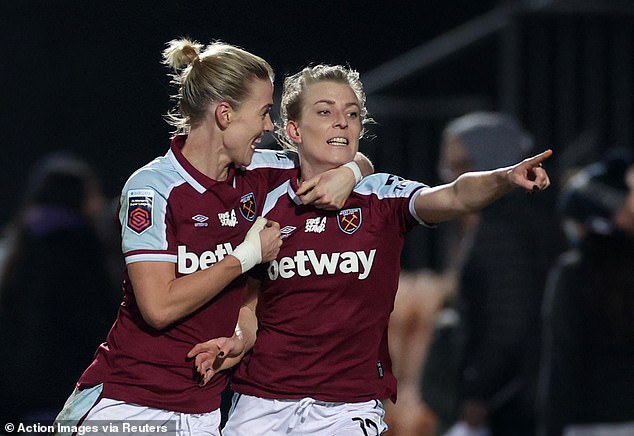 Kate Longhurst, a lifelong West Ham fan, grabbed the equaliser in the 92nd minute when the game looked beyond her side. The Hammers, who played most of the second half with 10, had not had a shot on target before the defender met Dagny Brynjarsdottir’s cross to head the ball over Tottenham goalkeeper Becky Spencer.

The goal salvaged a point for West Ham and saw Spurs drop from second to fourth. Manchester United are now third on goal difference while in-form Manchester City are just two points behind. It makes Spurs’ clash with United at Leigh Sports Village next weekend even more crucial. 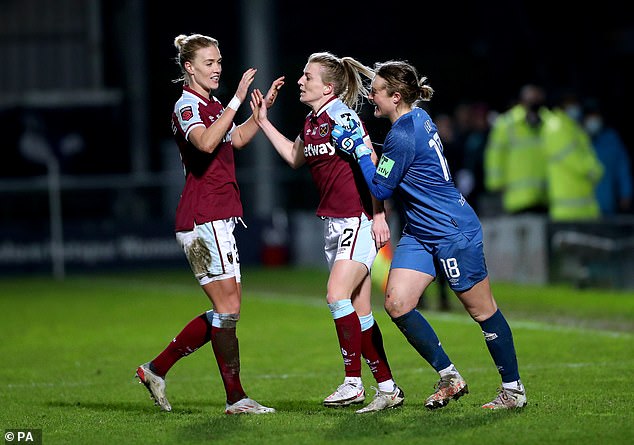 It is refreshing to see the WSL wide open at the halfway stage, with everything to play for at both the top and bottom of the table.

Tottenham were made to pay for not putting this game to bed. They could have had two or three more goals after Rosella Ayane’s 54th minute penalty but their careless finishing was punished.

There was little that was pretty about this contest and the state of the pitch at The Hive was heavily criticised by West Ham boss Olli Harder before kick-off. 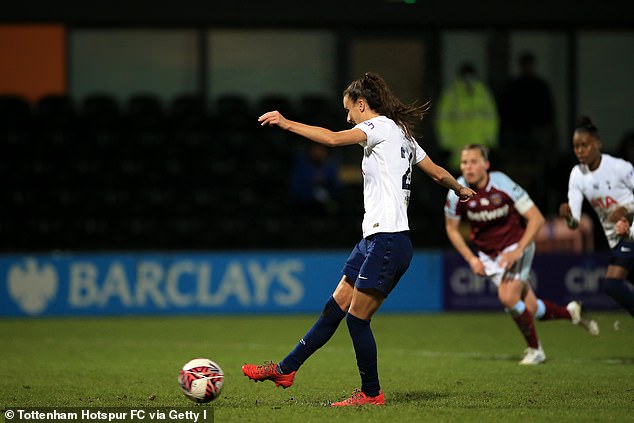 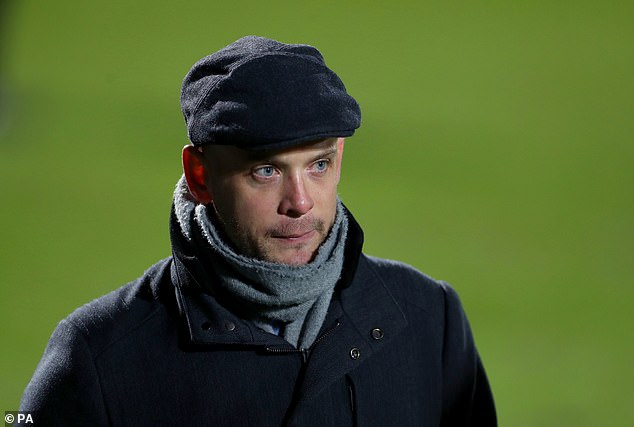 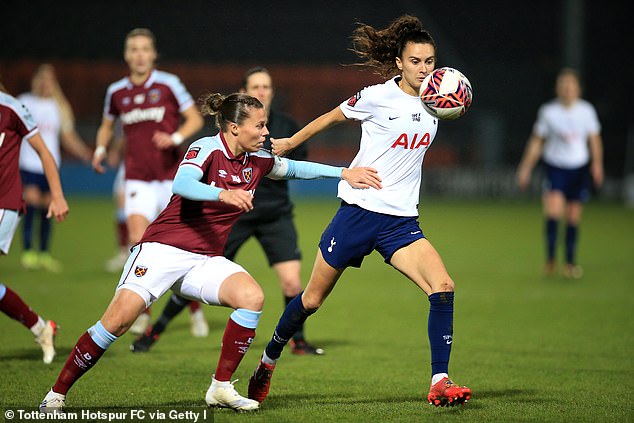 Harder insisted the surface at The Hive was ‘not up to WSL standard’ and compared it to Hackney Marshes. Spurs ground-share with National League side Barnet, who had played Chesterfield at home 24 hours earlier.

Harder’s comments were similar to those made by Emma Hayes about Liverpool’s playing surface in 2019. The Reds play at Prenton Park, the home of League 2 club Tranmere, and Hayes described the pitch as a ‘stain on our league’.

It is worth pointing out that West Ham do not have a pitch of their own and ground-share with Dagenham and Redbridge.

Only Everton has a stadium that is just for the women’s team. Chelsea and Manchester City share their grounds with their men’s youth teams, but the surfaces at Kingsmeadow and the Academy Stadium are impeccable. Conditions at The Hive were poor and the state of the pitch only got worse as rain continued to fall.

Ayane had the best chance of the first half as both teams struggled to get a foot on the ball. The Spurs forward was played through by Jiali Tang in the third minute but Hammers’ goalkeeper Anna Leat spread herself well to make an important stop.

Ashleigh Neville flashed a volley just wide in the 30th minute before Grace Fisk sent a side-footed effort over the bar before the half-time whistle.

The breakthrough for Spurs came in the 54th minute when Tang drew Hawa Cissoko into a clumsy tackle just inside the box. Referee Amy Fearn pointed to the spot and Ayane stepped up to place the ball into the bottom left corner beyond Leat, who had guessed the right way.

Spurs felt aggrieved that Cissoko was not sent off for the foul, given she had been booked in the first half. But Cissoko wasn’t on the pitch for much longer. The defender was penalised for yet another foul but it was her petulance in kicking the ball away that saw her pick up a second yellow card. Fearn had no choice but to give Cissoko her marching orders following a disastrous five minutes. It was an act that cost the Hammers dearly. 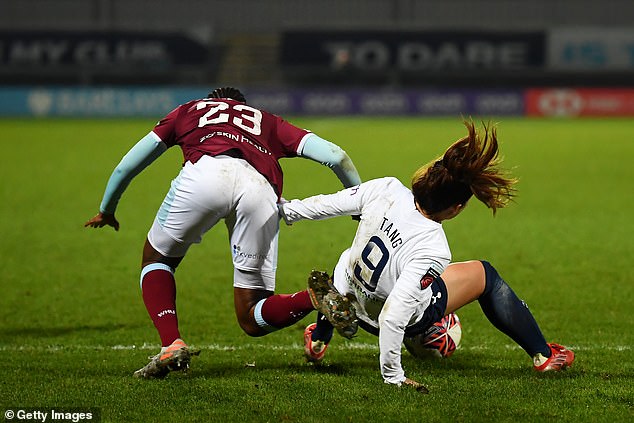 Neville came close to making it 2-0 when she drove into the area and fizzed a shot across goal, but her effort was blocked on the line by Lucy Parker.

Tang probably should have doubled Spurs’ lead in the 79th minute when she was sent through on goal but Leat made another big stop to keep her side in the game.

And Leat’s saves proved vital as the Hammers nicked a point when Longhurst got above Shelina Zadorsky to head past Spencer.

1 LEAH WILLIAMSON signed a contract extension with Arsenal this week but unfortunately nobody knows how long for. Several clubs in the women’s game are bizarrely reluctant to reveal contract lengths. They do not gain anything by hiding it, so why the secrecy? The Gunners signed two new players this week — but you will have to guess when their deals expire.

2 MANCHESTER UNITED have to back boss Marc Skinner in the transfer market if they want to take the final Champions League spot. Skinner said the club are ‘researching’ players but they missed out on No 1 target Stina Blackstenius to Arsenal. United’s 5-0 victory over Birmingham shows Skinner has made progress this season and deserves support.

3 BARCELONA are on course to break the attendance world record for a women’s match when they host Real Madrid in the Champions League. The second leg of their quarter-final on March 30 will be played at the Nou Camp and all 85,000 tickets have been sold in just three days. The record was set in the 2012 Olympic final, when the United States played Japan in front of 80,203 at Wembley, while the record for a club match was set at 60,739 in 2019 when Barca beat Atletico Madrid at the Wanda Metropolitano.

4 FORGOTTEN heroes will finally be recognised after the National Lottery Heritage Fund pledged £500,000 to a project that will record the hidden history of the women’s game. For the first time, information about every England player, captain, goal scorer and match score since 1972 will be researched and recorded.

5 IT HAS been a good week for England boss Sarina Wiegman. The return to fitness of Lucy Bronze and Steph Houghton is a timely boost ahead of the first Arnold Clark Cup next month, while Leah Williamson is also back in training.