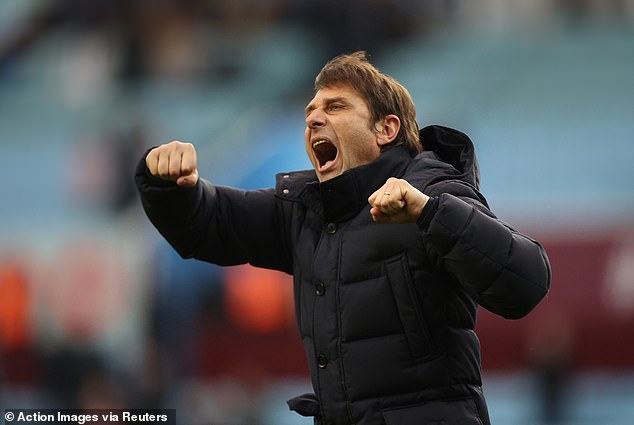 Antonio Conte has told his Tottenham players that qualifying for the Champions League could be life-changing.

Spurs are in pole position to make the top four after a run of four successive wins lifted them into the final Champions League place, three points above Arsenal though having played a game more.

Returning to Europe’s biggest club competition could have major implications for the north Londoners, not least their hopes of keeping striker Harry Kane amid suggestions that their resurgence under Conte is a factor in him having a rethink over his future and he could now stay beyond this summer having tried to leave last year.

After seeing this week’s quarter-final action, Conte said: ‘We watched how important it is to play Champions League, how fascinating are these type of games and I’m sure there is a great desire in my players to be protagonists in this competition.

‘The Champions League is a competition every club, every player, every manager want to play in.

‘For this reason it’s important to have this great goal because [it can] change your life if next season you are going to play in Champions League instead to play Europa League, instead to play Conference League or instead you play nothing in this type of competition.

‘This situation has to give us a great push and great desire to finish the season the best possible way.’ 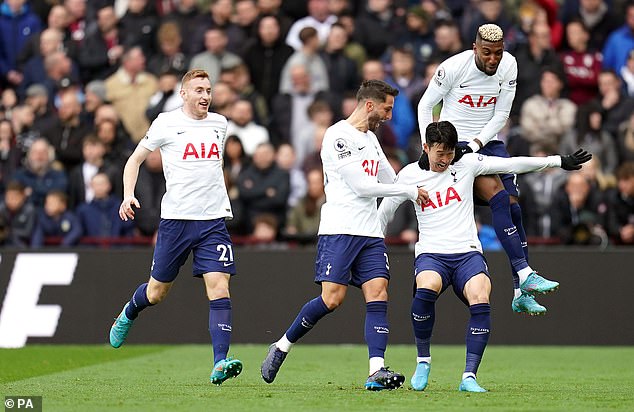 Meanwhile, Tottenham are monitoring Spain defender Mario Hermoso’s situation at Atletico Madrid as they look to bring in a new left-sided centre-back this summer.

The Real Madrid academy product has made almost 100 appearances for Atletico since joining from Espanyol in a £25m deal almost three years ago and won five Spain caps.

A ball-playing centre-back who can also play left-back, Hermoso has been a regular starter for Atletico for much of the season but lost his place recently with the arrival and form of January signing Reinildo plus injury contributing factors.

Hermoso’s current status may not deter Spurs though having turned Rodrigo Bentancur and Dejan Kulusevski from under-used players at Juventus into key members of Conte’s side.

Hermoso has two years left on his contract and Atletico are thought to be open to selling for the right price.

RB Leipzig’s Josko Gvardiol and Inter Milan’s Alessandro Bastoni are among the other centre-backs in Spurs’s sights but they are also expected to be two of the costlier options being looked at.