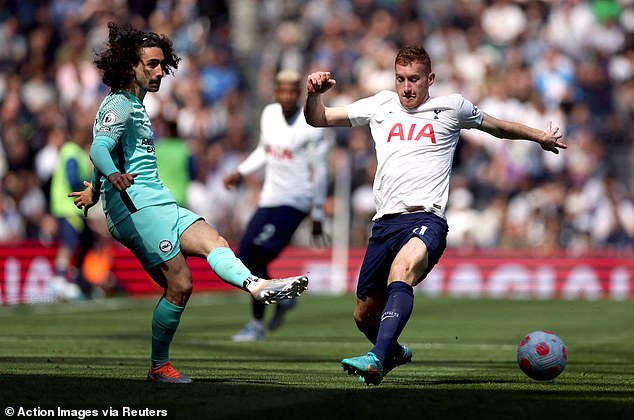 Tottenham are ‘set to trigger £24.9m clause to make Dejan Kulusevski’s loan move permanent in summer’ after the loanee’s impressive start to life in the Premier League cemented him in Antonio Conte’s starting line up

Tottenham are set to make Dejan Kulusevski’s loan move permanent at the end of the season, according to reports.

The 21-year-old joined Spurs from Juventus on an 18-month loan in January worth £8.3million which included the option to buy for £24.9m this summer.

Antonio Conte’s side will also have that option at the end of next season but will have to pay the Serie A side an increased fee of £29.1m if they qualify for the Champions League next term and Kulusevski plays more than 50 per cent of their matches.

But it appears Tottenham don’t need to wait another season to make the decision to sign the Swede permanently.

Spurs have decided to activate the clause this summer in order to lock-in the lower fee, according to the Evening Standard. 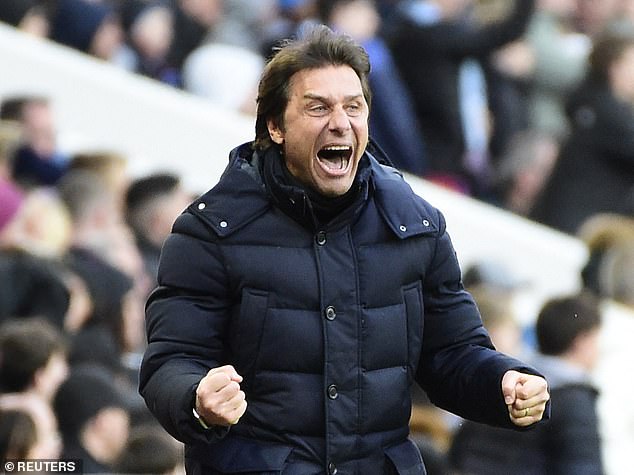 Kulusevski has registered three goals and six assists in 12 games since arriving in the Premier League.

The Swedish youngster has established himself as the number one at Spurs in a clutch of critical, attacking statistics as the club continue their assault on the race for top four.

He has swiftly become a firm fan favourite with ‘Gimme! Gimme! Gimme!… Dejan Kulusevski’ joyfully reverberating around the Tottenham support over the past month.

Kulusevski admitted he came to Tottenham with a point to prove after his frustration during his final six months in Turin. 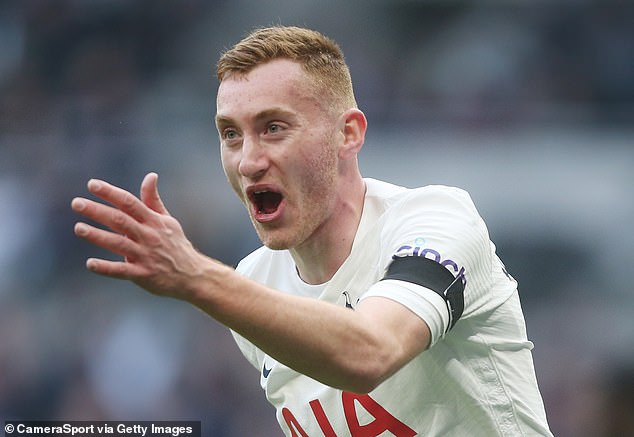 ‘I think that I wanted to show everybody what I could do,’ he said. ‘I think I maybe became even more motivated.

‘I love proving people wrong, so I was very hungry when I came here. But, still, I knew it would be very, very difficult to arrive in a new league and everything that comes with that.

‘A lot of things had to click, and, honestly, everything has clicked so well. With the coaches, they found the perfect position for me, so I can have the ball a lot, attack the goal and have opportunities to score goals and assist my team-mates.

‘I think you can see, when I play, I play freely, without really thinking, without worrying about mistakes, I just play my game. That is when I play at my best. I am happy when I can do that.’