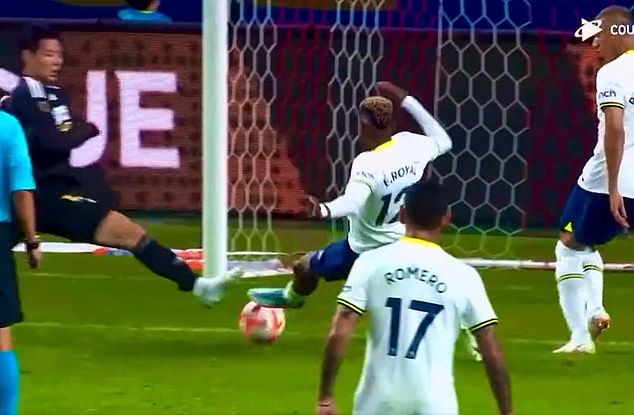 Cristian Romero could not hide his frustration as team-mate Emerson Royal produced a shocking miss in Tottenham’s 6-3 win against Team K league in Seoul on Wednesday.

In what was a pulsating encounter, supporters were given an early pre-season treat as they saw nine goals, with Harry Kane and Son Heung-min both finding the net twice. There should have been even more goals, though, as Emerson missed a gilt-edged opportunity to break the deadlock inside the opening 15 minutes.

Sliding in from just over six yards out with the goal at his mercy, he somehow poked the ball wide, and Romero was far from impressed, with one camera angle showing him turning away in disgust. His disappointment was shared by supporters online.

Emerson Royal slid in, and looked to have a simple task of tapping into the empty net 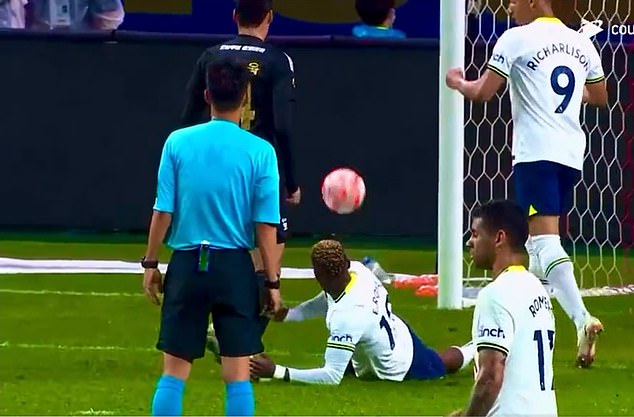 However, he poked the ball just wide of the post to keep the score at 0-0 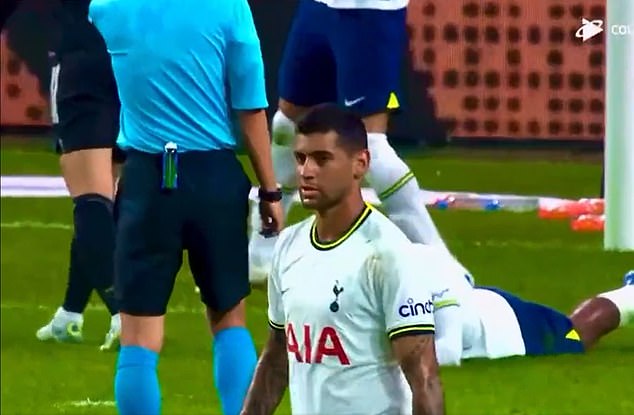 ‘I feel you Cris,’ one fan wrote on Twitter in response to Romero’s reaction.

‘Romero is so done,’ another added.

Emerson started putting together highlight packages of his best moments from games towards the end of last season and posting them on his social media.

One supporter joked that the full-back was already thinking about his next video clip, which forced him to lose his focus at the vital moment.

‘Emerson was thinking too much about today’s highlight reel! Romero is not amused!’ they wrote.

A supporter has had enough, and wants Emerson to be sold in the current transfer window 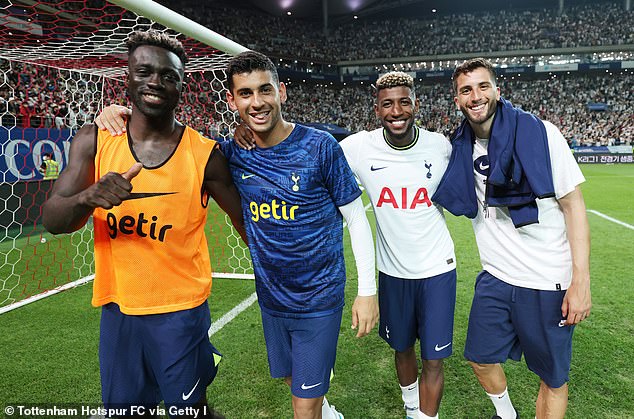 Romero and Emerson were all smiles after full time, though, as Tottenham beat Team K League

The 23-year-old was directly involved in just two goals last term, and one observer noted that this was another case of him failing to deliver at the business end of the pitch.

‘Emerson with no end product? Couldn’t be,’ they commented on Twitter.

Meanwhile, one supporter made it clear that their patience is running thin, and called for Tottenham to move Emerson on in the near future.

‘If he is not sold this summer I’m done,’ they posted.

Emerson has been linked with a move to Atletico Madrid in the current transfer window, and Spurs appear to be closing in on signing Djed Spence from Middlesbrough, who could potentially act as the Brazilian’s replacement.