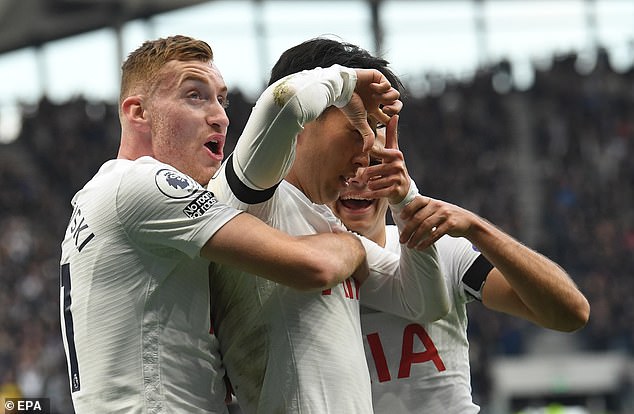 It says plenty about the successes that Rodrigo Bentancur and Dejan Kulusevski have already been that Tottenham are looking for more of the same in the summer.

Players capable of making an instant impact on Antonio Conte’s team are set to be the focus of their attentions in the next window.

Few at Spurs expected Bentancur, 24, and Kulusevski, 21, to slot in so seamlessly, so swiftly, on and off the pitch as two young foreign players coming from a different league. 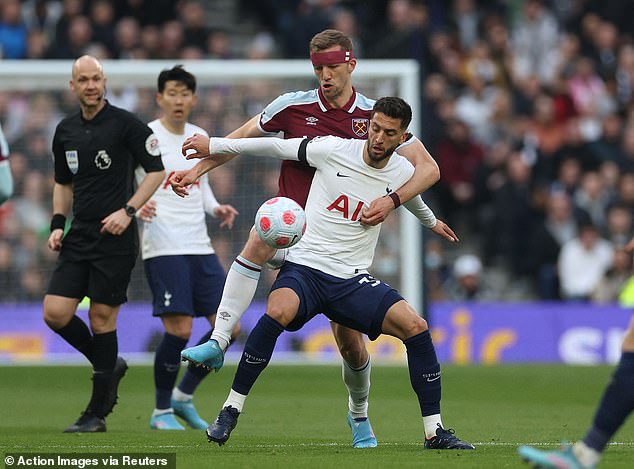 But having landed two players who have been able to hit the ground running in January, a notoriously difficult window in which to find value and quality, their chances of securing more when the transfer market reopens should be even greater.

Already Bentancur and Kulusevski are essential picks in Conte’s best side, one he has been able to settle on since their arrival and one now firmly in the top four race following the injection of quality they have provided.

Already they are favourites of the supporters who have taken to the duo as quickly as their new teammates, players instantly recognising and respecting talent when they see it and more than happy to welcome such new arrivals into the fold. 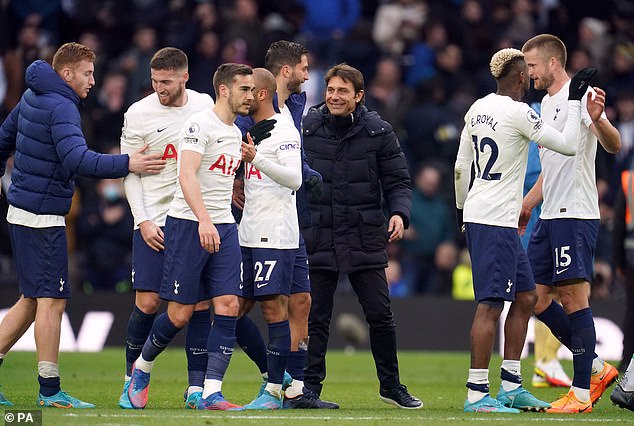 It is not an exact science but, just by ear, only Harry Kane and Son Heung-min’s names were greeted louder than Bentancur and Kulusevski’s ahead of Sunday’s 5-1 thrashing of Newcastle.

The adulation continued when they were later substituted, home supporters rising as one to send the pair on their way with a deserved standing ovation ringing in their ears.

Their transfers are ones that appear to have worked out for everyone. No wonder Spurs are keen to try and replicate them.

Midfielder Bentancur and winger Kulusevski are two players who, as Conte has outlined, fit the club and also chairman Daniel Levy’s philosophy being young with room to develop and rise in value. 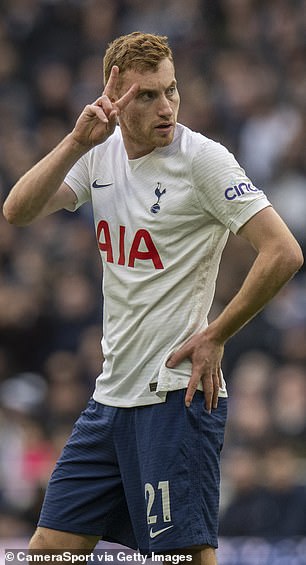 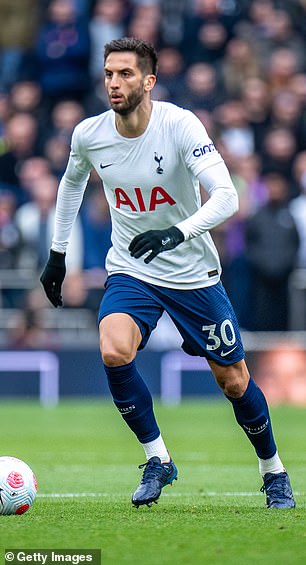 Crucially they also work for Conte, having been able to come into his side and be effective from the off.

Spurs turned to them after missing out on Adama Traore and Luis Diaz in January but, as touted prospects in the game, the north Londoners had been well-aware of them for some time.

This was not quite a case of managing director of football Fabio Paratici desperately returning to his former club in a frantic late window dash to appease the ever-demanding Conte with any old players but more about his first-hand knowledge of the pair endorsing what Spurs’ due diligence had already discovered. 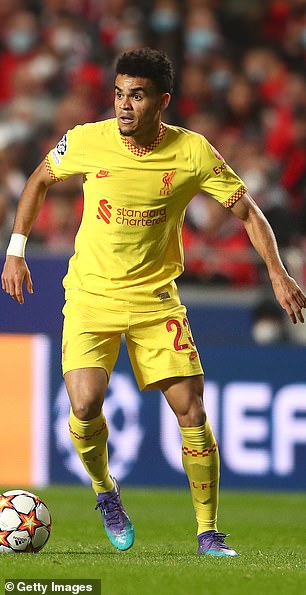 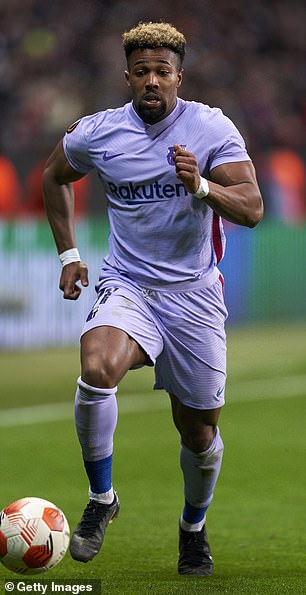 Paratici watched Bentancur before he joined Juventus from Boca Juniors in 2017 and was fully in charge of the Italian side’s scouting and negotiations when Kulusevski was signed in 2020.

As for the players, Spurs have provided them with the top-level platform to shine that they have been seeking.

With neither consistent starters, they were deemed disposable in January by Juventus who wanted to bring some funds in as they prepared to sign former Arsenal target, Serbian striker Dusan Vlahovic.

When he joined Juve in 2017 there were high expectations of Bentancur, who the Italians secured a first-option on as part of the deal that saw Carlos Tevez return to Boca in 2015.

He enjoyed his best Juve season under Maurizio Sarri who likes midfielders with the attributes to do everything. 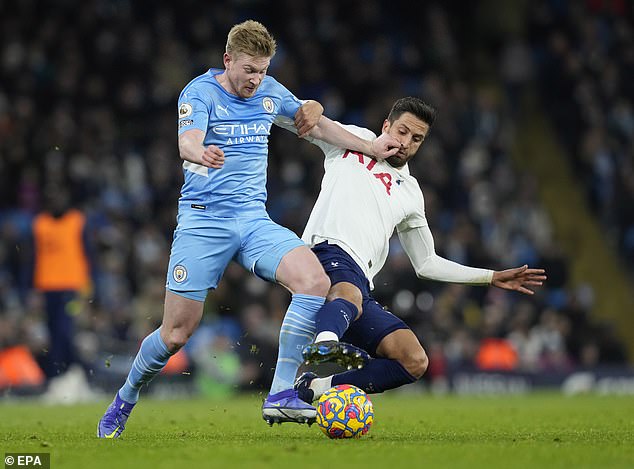 Bentancur, put on Aston Villa and Steven Gerrard’s radar by his former Liverpool teammate Luis Suarez in January, has shown some of those qualities at Spurs.

His composure, probing forward passing and awareness to ensure he is always available for his teammates stand out.

The Uruguayan does not shirk his defensive responsibilities either. He is not afraid to put his foot in and is quick to get back behind the ball if it goes past him.

With his professionalism and positivity since arriving, Bentancur has also had an impact off the pitch and been a particularly good influence on fellow South American Cristian Romero, another important part of the team Conte is building.

The feeling in Italy is he can thrive under Conte who has helped improve a string of midfielders including Paul Pogba, Nicola Barella and Arturo Vidal in the past and if he can increase his output in the final third – he has one assist so far – his £21.5m fee will prove to be a bargain. 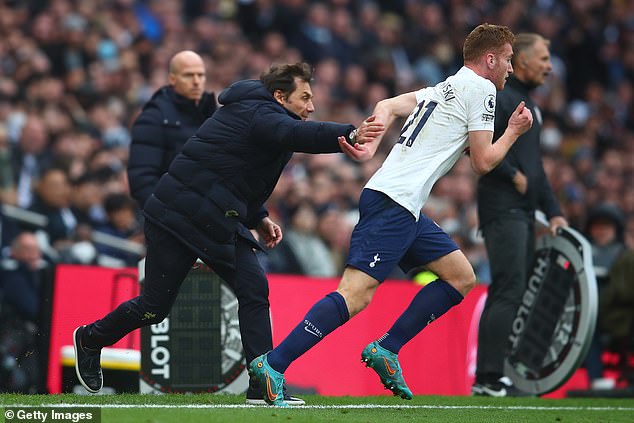 Swede Kulusevski, an initial loan signing, had his moments at Juventus including a goal and assist in their 2021 Coppa Italia victory over Atalanta.

But too often he found himself shunted around and by the end under Max Allegri was regularly being deployed in a role merely to counteract Juve’s opponents.

Doubts about fitting in with Conte’s tactical plans contributed to Kulusevski’s decision to pick Juventus over Inter in 2020. Now they are working together it turns out he is actually tailor-made for Conte. As well as his quality and output – five assists and two goals in 10 Premier League games – Kulusevski’s work-rate and claim that ‘I love suffering’ would also endear him to his new taskmaster boss.

‘I said in January we lost four players but with these two signings, we made this squad more complete and more balanced,’ Conte said. And also found the template for their next additions.