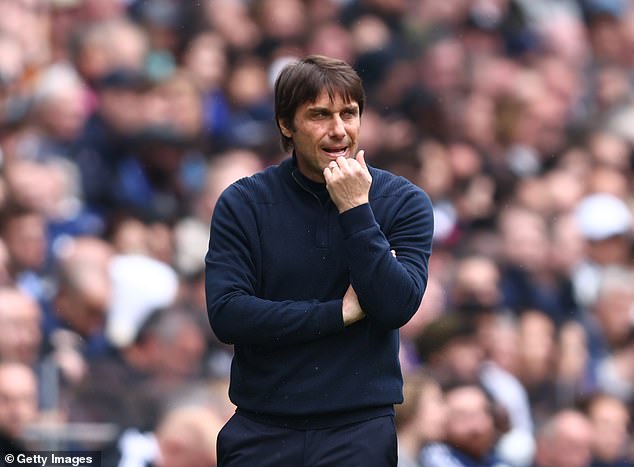 A decade has slipped by since Arsene Wenger first likened a top-four finish to a trophy for Arsenal and the latest person to board this train of thought can be found four miles across the capital at the Tottenham end of the Seven Sisters Road.

‘It’s like winning a title in another country, a big achievement,’ said Spurs boss Antonio Conte ahead of Thursday night’s derby, his first and the first in front of a capacity crowd at his club’s new stadium where the duel for fourth will unfold like north London’s very own cup final.

Wenger’s often-ridiculed sentiment has never rung quite so true. Arsenal twice won the league title at White Hart Lane and their supporters still sing about it.

An away win on Thursday night may not compare but it will be sweet because it will end a five-year exile from the Champions League and condemn their great rivals to more Thursday night toil in the Europa League.

‘The opportunity is to achieve something we haven’t achieved for many years,’ said Mikel Arteta. ‘The game that will decide it. Normally, you don’t play games like that in the league unless you are competing for the trophy. But we know what this game can deliver to us is really important.’

It will improve revenue, enhance prestige and add lustre in the transfer market at a time when Chelsea’s new ownership changes the landscape of London football.

Stir into this jeopardy the lingering resentment felt by Tottenham about the postponement of this fixture in January, and a trace of revenge they seek after Arsenal thumped them 3-1 in September and it will be emotional. 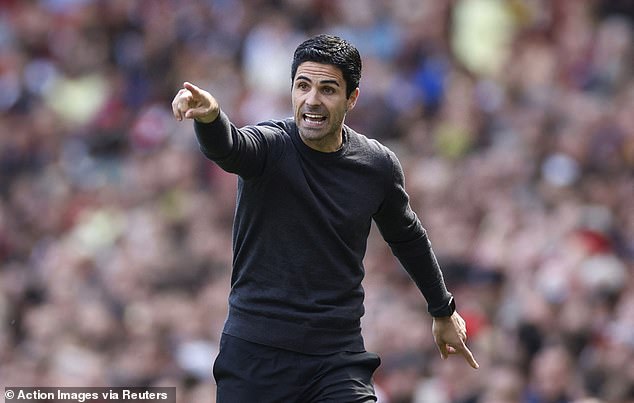 Arteta insists his team will ‘play to win’ but a draw would leave them four points clear with two to play. Spurs must win and keep winning, and hope Arsenal slip up against Newcastle or Everton, if they are to pass them.

‘I understand the importance, I understand the rivalry,’ promised Conte, while gently warning that a Champions League ticket was not a cure-all solution for the north London rivals, and did not secure the right to contest the title with Manchester City and Liverpool.

‘Every club in England that wants to compete to win the title has to invest important money,’ the Italian added.

‘I read that Arteta said they want to have another step forward and be competitive for the title.

‘And you have to make a big investment because you can organise your team, give your players every type of information, train well and take care of the details. But, in the end, you need to have important players because top players bring you to win.’ 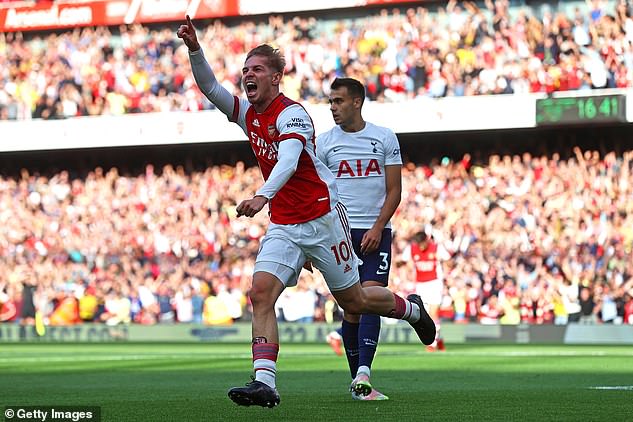 The Tottenham boss claimed that the ‘continuity’ of work done by Pep Guardiola and Jurgen Klopp at Manchester City and Liverpool to open a large gap, and money spent on recruitment by Manchester United and Chelsea means these four clubs will start again next season as favourites for the Champions League spots.

And he referenced last summer’s transfer market when City splurged £100million on Jack Grealish and Chelsea almost as much on Romelu Lukaku, while United completed high-profile signings of Jadon Sancho, Raphael Varane and Cristiano Ronaldo.

City have this week acquired Erling Haaland with an investment of close to £200m in fees, bonuses and a £20m-a-year salary.

‘I agree with Pep when he said money is not the only important thing,’ said Conte.

‘Pep is the best for me and he has worked very hard with his players. He has created a monster, a really good team and you can see his work. At the same time, the money is important to improve the quality and level of your team.’

Conte has won Serie A with Juventus and Inter, and won the Premier League in his first season at Chelsea only to be fired a year later, following a rumbling dispute with the board over the recruitment needed to build upon his success.

Perhaps with this in mind, he insisted these pre-derby musings were ‘general speeches’ and ‘not for my club’. In other words, not an ultimatum to chairman Daniel Levy, which would only fuel the theory that the 52-year-old will quit Spurs at the end of the season having concluded they cannot match his own ambition.

‘The situation in England is very clear,’ said Conte. ‘You have monsters… and you have Tottenham and Arsenal. Maybe it means they did something incredible to overcome United. But only this.

‘To win the title, Tottenham needs time, patience. You can’t think you can change the situation in just one transfer market or one season. You have to be realistic. Honesty is always important for the people.’