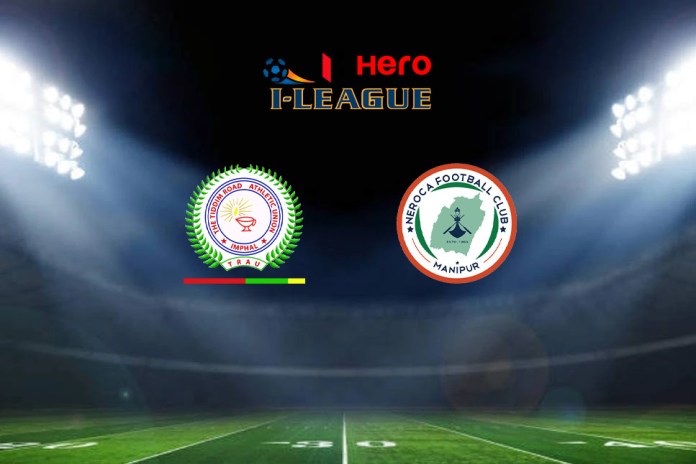 I-League 2022: Matchweek 3 of the 2021-22 I-League will feature much-anticipated Imphal Derby as TRAU FC and NEROCA FC go head-to-head at the Kalyani Stadium on Monday. Follow I-League 2022 updates on Insidesport.IN

Both sides had polar opposite results last season, with TRAU emerging as one of the title contenders before eventually finishing third and NEROCA ending up last in the table.

However, it’s the Orange Brigade who’ve made a brighter start this season with four points in the first two matches. Khogen Singh’s side played out a goalless but pulsating draw against title-holders Gokulam Kerala FC on Thursday. “We kept more ball possession, created more chances, controlled the game against a physically strong team,” said Khogen.

NEROCA’s striker Mohamad Kdouh comprehends the importance of the Imphal derby. “The teams’ previous form doesn’t matter in derbies because everybody fights to win. It’s a very important game for us,” he said.

“Everyone in the dressing room is looking forward to the derby. They’re playing against their friends from the same city,” the Lebanese added.

NEROCA beat TRAU in a friendly match a few days ago, but coach Khogen Singh stated that the Hero I-League match is the real deal. “We respect TRAU. They are a good side and have been unlucky not to win so far this season. They will fight for the three points but we’ve discussed a plan for them. We have to play in our own style and philosophy,” he concluded.

TRAU FC haven’t had the best of starts to this season with just one point in two games. They were by Sreenidi Deccan in the first match after the restart. “Against Sreenidi, our defence didn’t function well and our attacks down the wings weren’t effective. A big mistake was that we conceded in the first two minutes, which made it difficult for the entire match,” said assistant coach Surmani Singh.

He was impressed with NEROCA’s tempo against defending champions Gokulam Kerala. “They’re a young side with a lot of good players. We need to adjust our tactics according to their system of play. We’ll try our best to get our first win tomorrow.”

Defender Manash Protim Gogoi will have his task cut out against the Spanish attacking duo of Mendiguchia and Juan Mera. “I have to play cautiously and not commit to tackles early. We’ve to defend as a unit against them,” he said.

For Surmani Singh, derby day is always special. “TRAU and NEROCA are the two biggest teams in Manipur. It’s always a proud moment to win the derby. Their coach Khogen Singh is a very close friend of mine. Both teams have a friendly rivalry.”