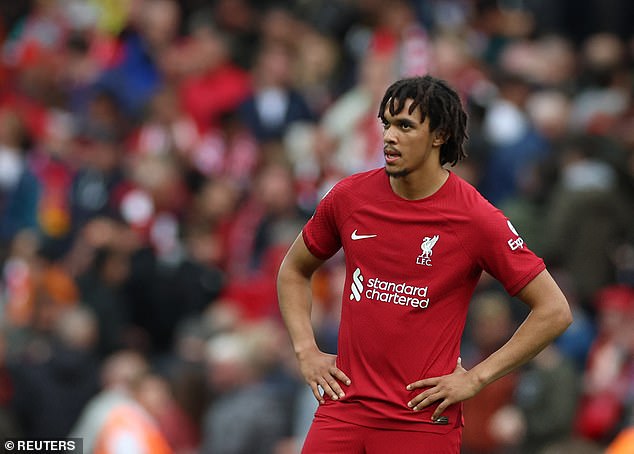 Trent Alexander-Arnold is one of Liverpool’s biggest attacking threats but also their weakness, says Michael Owen, as ex-Red Ryan Kent looks to capitalise for Rangers in ‘Battle of Britain’ Champions League clash

By Joe Bernstein for The Mail on Sunday

Whereas Alexander-Arnold has won every major trophy at Anfield, winger Kent made only one competitive appearance before furthering his career with Glasgow Rangers, who visit Merseyside in a ‘Battle of Britain’ Champions League tie on Tuesday.

Every European game for Alexander-Arnold has added significance with the World Cup starting next month and the 23-year-old sweating on a squad place ahead of Reece James, Kyle Walker and Kieran Trippier. 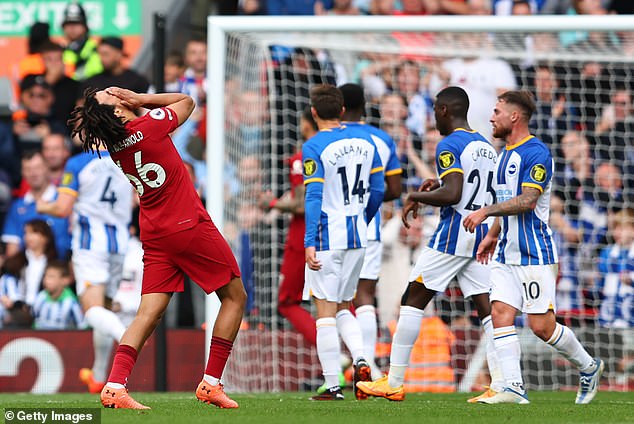 Liverpool and England strike legend Michael Owen saw Alexander-Arnold embarrassed by Napoli in their opening Champions League fixture and his defensive vulnerability has been highlighted ever since.

There can be no repeat if Southgate is to be persuaded the right-back should be on the plane to Qatar. Kent and his Rangers team-mates will be looking to exploit the perceived shortfalls.

‘Most teams who play Liverpool identify Trent as one of the main attacking threats they need to stop. By the same token, they will also say their biggest opportunity for getting in is on his side,’ says Owen, who will be covering the clash against Rangers for BT Sport.

‘Jordan Henderson has tended to try and cover for him but sometimes Jordan is not playing and that has been a cause for concern in certain games. One of Liverpool’s biggest strengths can also be one of their biggest weaknesses. 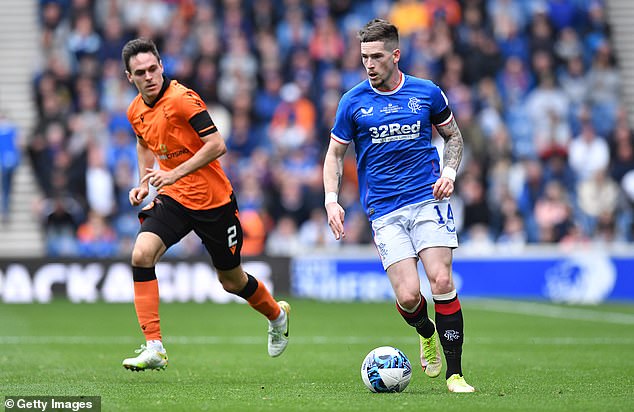 ‘Ryan Kent will obviously know that. I’m sure he still watches Liverpool and there will be a huge part of him that is fond of the club.

‘If you are an opposing manager you are looking for a player to make those out-to-in runs, especially if Trent vacates.

‘Liverpool have a lot of the ball at Anfield so Trent is going to be sucked into those advanced positions.

‘If Rangers can win it and be brave enough to leave Kent in almost cheating positions, they could counter-attack with a bit of force.’

The Alexander-Arnold debate is set to dominate discussion of what squad Southgate should take. 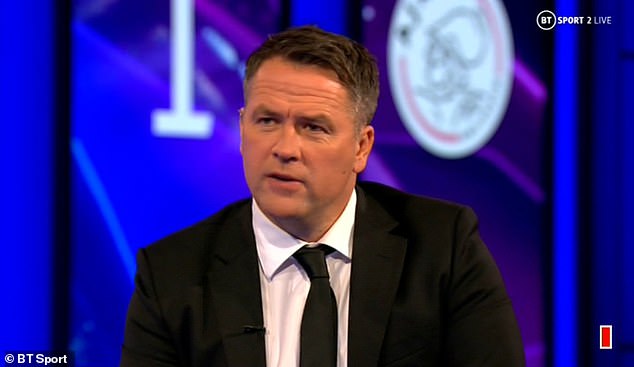 It’s hard to think of an equivalent situation where a player considered by many to be the best in his position throughout Europe is also only fourth-choice for his country.

Owen, who scored 40 goals for England after bursting onto the scene as a teenager at the 1998 World Cup, thinks the conversation will go down to the wire.

‘Gareth Southgate has not made an immediate decision on Trent. If you look back over the last couple of years he has chosen not to put him in there even when his performances for Liverpool probably warranted it,’ reflects the former Liverpool, Real Madrid, Newcastle and Manchester United forward.

‘Everyone can see how good Trent is. My gut feeling is that he will go to the World Cup but I think Reece James will be the starting right-back.’ 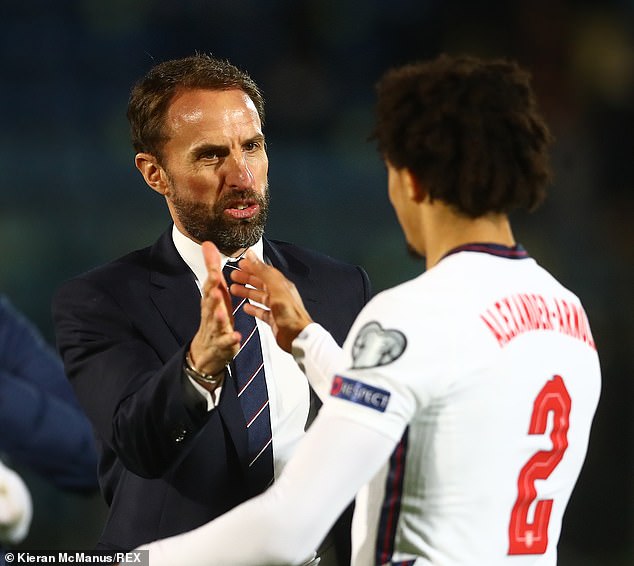 After opening their group with a 4-1 defeat in Naples, 2019 Champions League winners Liverpool beat Ajax 2-1 but need at least four points in their double-header against Rangers to boost their prospects of qualifying for the knockout stages.

‘Rangers players are used to big games,’ says Owen. ‘The Old Firm games are huge occasions, not just in Scotland, but around the world and they also have good European experience.

‘I don’t think they are used to playing a team of this quality but in saying that Liverpool are not at the top of their game at the moment so there is a small bit of hope there.

‘Liverpool fans will be hoping that they are just finding their stride. But to those who have watched every game this season it doesn’t quite feel like that.

‘They need that foothold in the Champions League group and Rangers could bear the brunt of that.

‘It will be tough for them at Anfield but Ibrox could be different.’