After Ralf Rangnick revealed that he was approached for the Chelsea job last season after Lampard’s sacking as an interim manager for 4 months, current Chelsea manager Thomas Tuchel gave a hilarious reply to his fellow German’s comments, Tuchel Replied by saying: “Maybe it was after the draw to Wolves.”

Tuchel oversaw a goalless draw at home against Wolves in his first game in charge and said at his press conference on Friday: ‘Maybe the bosses saw the draw against Wolverhampton! “He does not know what he’s doing so let’s bring Ralf in for four months”.

“He must have the dates wrong – hopefully, let’s say hopefully! It’s a nice job to have in world football to be the coach of Chelsea.”

“If you get the phone call, you should be aware you’re not the only one. Now I’m here and I’m happy.”

Tuchel, who is an admirer of Rangnick himself- said he had no advice for his compatriot on his arrival into a new league, saying he did not need it. 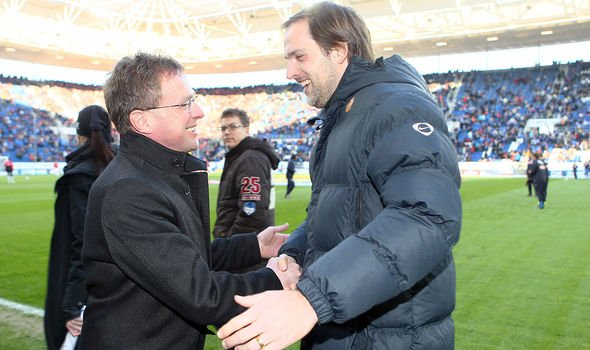 What Rangnick told to the press about Chelsea’s offer:

The 63-year-old turned down the offer as it was only for the remainder of the season, while he has just taken a six-month deal with a further two years in a consultancy role at Old Trafford.

“At the time, when Chelsea contacted me, they only spoke about the possibility of four months and no prospective of further than that,’ said Rangnick.”

“And now here we are talking about six and a half months and a two-year advisory role. If a club like Manchester United contacts you, you cannot possibly turn it down.”