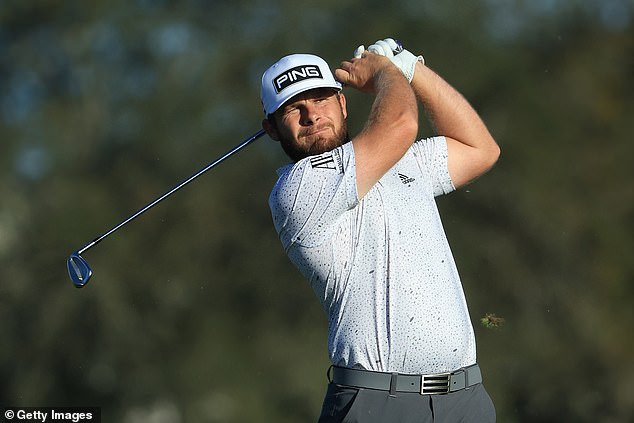 Nothing summed up a mad weekend at the Arnold Palmer Invitational quite like the erratic performance of Tyrrell Hatton. A 78 on Saturday meant there were 12 players ahead of him going into the final round.

With five holes to play yesterday, there was just one. Hatton’s card at that point showed only four pars. Crucially, it also showed six birdies.

One month after a nasty bone graft operation on his jaw, this was a gritty performance from the Englishman at the scene of his greatest triumph to date in 2020.

A momentum-stalling fourth bogey at the 14th followed by a rare par left him two behind leader Viktor Hovland, with Americans Scottie Scheffler and Gary Woodland sandwiched in between. Matt Fitzpatrick was three back with five to play.

Was it really just over a month ago that world No 1 Jon Rahm was criticising the courses on the PGA Tour for being too easy? At brutal Bay Hill, his peers must have been tempted to form a queue round the block to tell him to keep his thoughts to himself in future.

After the birdie-fest in California in January came the bogey-onslaught at Arnie’s place. It’s a fine line between setting up a course on the limit and it tip-toeing over to being unfair and this weekend, sadly, saw the latter. 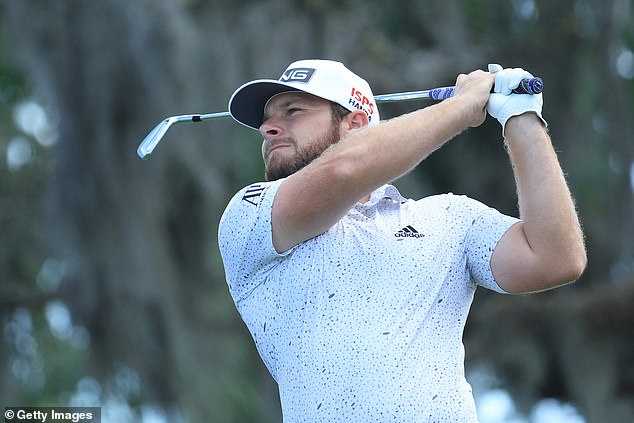 The Englishman has a great feeling for the tournament, which he won back in 2020

‘Funnily enough, I don’t ever remember seeing the course set up like this when Tiger Woods was winning it every year,’ said one experienced caddie, who better remain nameless.

‘Who wants to play on a test like this and then go on to the Players Championship feeling physically and mentally beaten up?’

The source of much of the grievance was the curious decision to move away from closely mown areas around the greens and introduce vicious collars of rough. You can get away with that if the greens are receptive but they like it firm and fast here at the weekend. 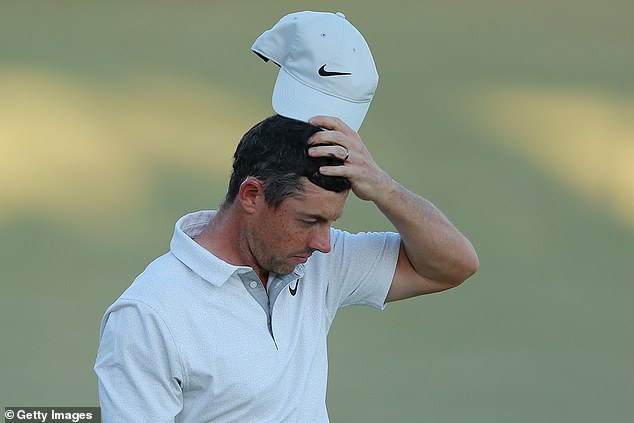 Throw in a succession of days that felt more like mid-summer in Orlando than early spring and combine it with a capricious breeze, and it rendered the test all too much. Time and again, good shots bounded through the iron-hard greens into lies in the juicy rough where much of the skill was removed from the recovery shot.

Some of the early finishers looked like they had been inside the ropes of a boxing ring rather than a golf course. Paul Casey was lying in the top six at halfway, only to finish with an 83. ‘There are some days when you just can’t see your way round a golf course,’ he told Sportsmail.

Next to finish was Ian Poulter, digging deep in his quest for world ranking points to trigger an invitation to the Masters but signing for a 77 to make no progress. 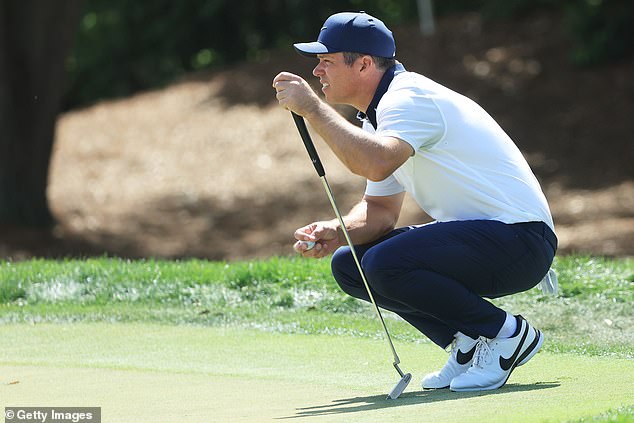 When he was done, he put on his wedding ring, his watch and walked silently away. Asked if he had anything to say, he replied: ‘Negative.’ Given he has a handsome deal with the sponsor Mastercard, it was a wise move.

Out on the course, it was perhaps no surprise to see Rory McIlroy joining the increasingly exasperated. He must have wondered what on earth happened to the golf course he demolished in 65 strokes on Thursday. Defensive golf has never been Rory’s thing, it’s like watching Roger Federer on a clay court.

After 12 holes, the first-round leader by two strokes was four over for his round in a tie for 18th and in a battle to keep mind and soul together, let alone his scorecard.