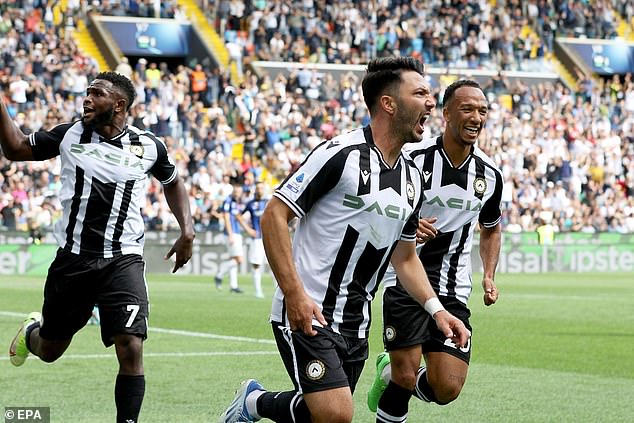 Udinese 3-1 Inter Milan: Late strikes from Jaka Bijol and Tolgay Arslan help the hosts come from behind to snatch a late win and send them top of Serie A table

Udinese moved to the top of the Serie A table with a 3-1 win against Inter Milan this afternoon, their fifth successive league victory.

A Milan Skriniar own goal in the 22nd minute cancelled out Nicolo Barella’s opener in the first half, before Jaka Bijol scored six minutes from time. Tolgay Arslan then added a third late on to secure the three points.

Andrea Sottil will welcome the three points in what has been a tight start to the Serie A season, which sees three teams on 14 points and one on 13 in the early rounds of the season, with Inter in sixth place on 12. 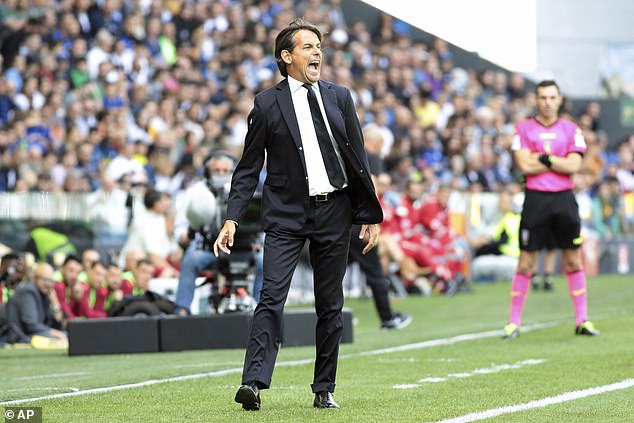 Sunday’s hosts are top of the three with 17 points, though others have games in hand.

Udinese started the better side, with Sandi Lovric firing wide early on against the 2020-21 champions.

Barella though opened the scoring on five minutes with a smart free-kick against the run of play that Marco Silvestri couldn’t keep out. 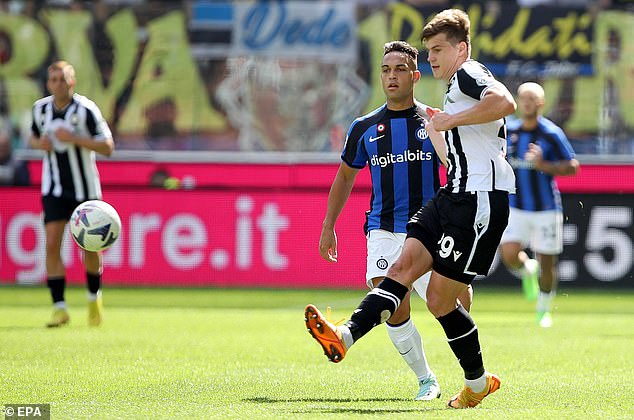 The hosts though continued to push and the equaliser came later in the half when Roberto Pereya’s free-kick found its way into the net via Skriniar after Beto’s header bounced off the Inter defender and caught goalkeeper Samir Handanovic by surprise.

Handanovic denied Udinese several times in the second period as Inter struggled to keep the hosts outside of their own half.

They generally controlled the game and pushed for a winner, and were eventually rewarded for their efforts when Bijol headed home Gerard Deulofeu’s corner on 84 minutes to send the home fans into ecstasy.

Arslan’s strike secured the three points, with the hosts now going into the international break in fine form with five wins from seven games so far.