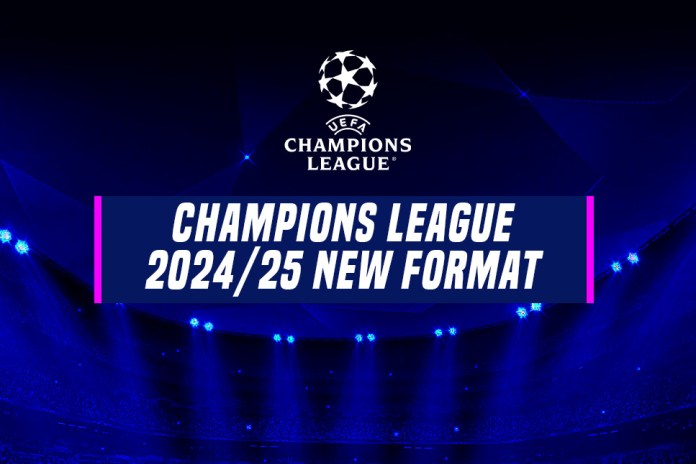 Champions League: UCL 2024/25 Swiss Model – Changes to the Champions League starting in the 2024/25 campaign were first confirmed last May and now UEFA have announced the group stage will be ditched in favour of a 36-club single league. The top eight clubs will automatically enter the last 16 and teams placed ninth to 24th go into a playoff round. Follow live football updates on InsideSport.IN.

Official: UEFA have confirmed the final format and access list for European club competitions as of the 2024/25 season, introducing the “Swiss system” #mulive pic.twitter.com/Zo33R1FzjQ

The Champions League will have a new look as of 2024 but the reforms are not as drastic as those originally proposed by UEFA.

There will be an increase in the number of fixtures, though not by as many as UEFA had previously hoped, and extra places are no longer set to be awarded based on historic performance.

Champions League to be played as 8 LEAGUE PHASE matches

UEFA had been planning to increase the number of group games each team plays from six to 10 but clubs have agreed for an increase that will see each of them play eight group stage matches from the 2024/25 season.

Following the Swiss Model, clubs will no longer be placed into round robin groups, where they play each opponent home and away, but will instead be sorted into one league table, with a seeding system still used to determine who plays who.

Following an exhaustive consultation with stakeholders in the game, the UEFA Executive Committee has today in Vienna approved the final format and access list for European club competitions as of the 2024/25 season further to its decision of 19 April 2021 to introduce the so-called “Swiss system”.

The four additional places created by the increase from 32 to 36 teams in the league phase of the UEFA Champions League will be allocated as follows:

• One place will go to the club ranked third in the championship of the association in fifth position in the UEFA national association ranking.

• One place will be awarded to a domestic champion by extending from four to five the number of clubs qualifying via the so-called “Champions Path”.

• The final two places will go to the associations with the best collective performance by their clubs in the previous season (total number of points obtained divided by the number of participating clubs). Those two associations will earn one place for the club best ranked in the domestic league behind the UEFA Champions League positions. For example, at the end of the current season the two associations adding one club to the Champions League, based on the collective performance of their clubs would be England and the Netherlands.

• The UEFA Executive Committee once again confirmed that all games before the final will still be played midweek, recognising the importance of the domestic calendar of games across Europe.

Taking the total number of teams from 32 to 36 in the UEFA Champions League, the biggest change will see a transformation from the traditional group stage to a single league phase including all participating teams. Every club will now be guaranteed a minimum of 8 league stage games against 8 different opponents (four home games, four away) rather than the previous six matches against three teams, played on a home-and-away basis.

The top eight sides in the league will qualify automatically for the knockout stage, while the teams finishing in ninth to 24th place will compete in a two-legged play-off to secure their path to the last 16 of the competition.