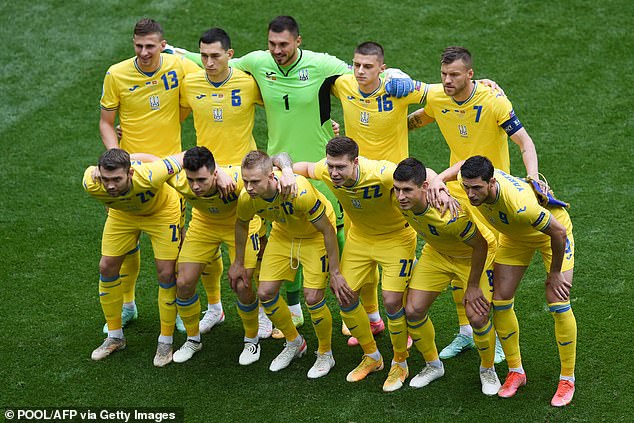 Ukraine reach out to arrange friendlies with Man United, Man City and Arsenal to get their team fit to face Scotland in World Cup qualifying, with their boss suggesting a match held at Wembley to fundraise for his country’s army

By Max Winters For Mailonline

Ukraine manager Oleksandr Petrakov is hopeful his team can play a Premier League side in a friendly to help prepare his squad for their World Cup playoff with Scotland.

The 64-year-old also opened up on the horror of the war engulfing his country and his decision to stand firm and not leave Kyiv, despite Russia’s bombardment of the Ukrainian capital.

Petrakov’s side were due to play their World Cup qualifying playoff against the Scots at Hampden Park on March 24 but it was postponed in the wake of Vladimir Putin’s invasion. 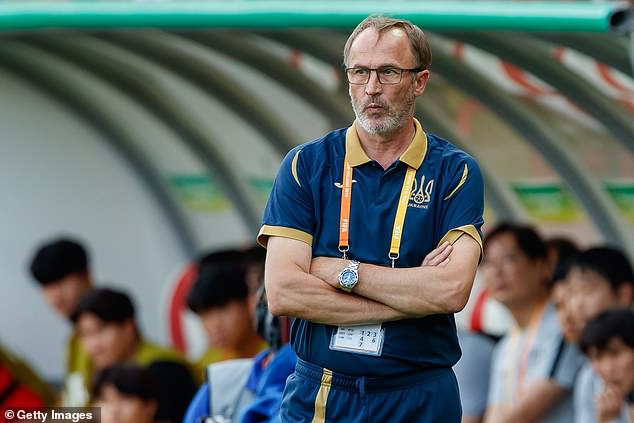 The rearranged fixture has since been slotted in for June but a large number of Petrakov’s side are unable to play or train with competitive football banned in Ukraine among those between 18 and 60 who can fight by Volodymyr Zelenskiy.

With Ukraine two wins away from the tournament in Qatar – a decisive tie with Wales awaits them if they beat Scotland – Petrakov is plotting a way to get his players back together and up to full fitness in the coming months.

They are unable to hold a domestic training camp amid fears Russia would attack them so he has asked the Ukrainian FA to liaise with UEFA over the possibility of his squad gathering abroad, potentially in the UK.

Petrakov also wants to try and arrange some friendly matches with ‘Bayern Munich, Manchester United, Manchester City, Arsenal’, with money raised from the games going back to Ukraine. 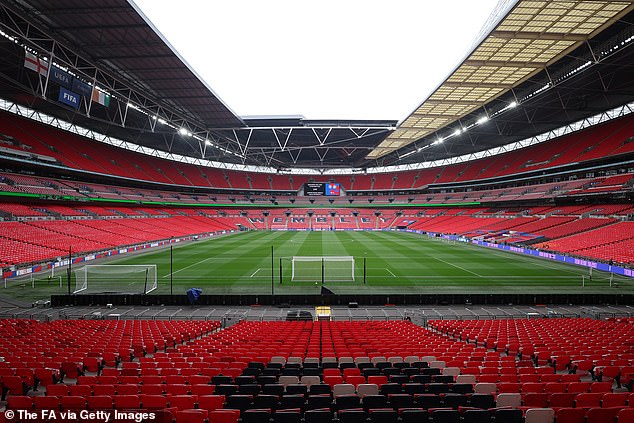 He told The Guardian: ‘We could play at Wembley, for example, against a London club.

‘It could be a good exhibition game, a response for the Ukrainian army, as well as preparatory work for the Scotland game.’

Petrakov believes it will take five or six games for his players to get back up to speed, adding: ‘We have to play because without the [practice] games, it would be very hard to get to play with Scotland.’

The former Ukrainian youth team coach also revealed he has weekly calls with those players scattered across Europe – including Manchester City’s Oleksandr Zinchenko and Andriy Yarmolenko of West Ham. 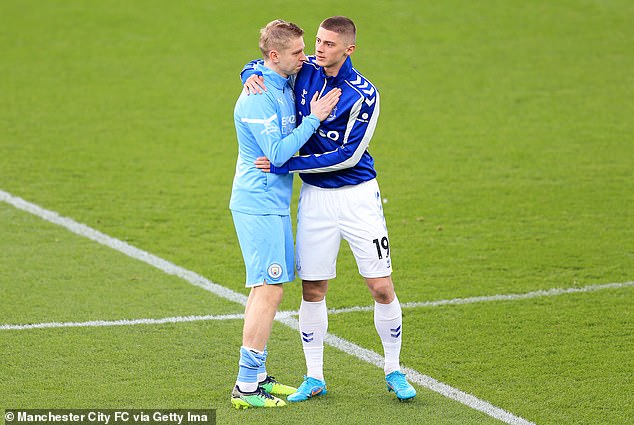 He said: ‘They’re calling to me, saying “please be safe, we couldn’t bear it if you were killed. You’re staying in dangerous zone”.

‘But it is easier here. If I were there, it would be harder. Mostly, all the parents of these players are staying in Ukraine. The players worry.’

‘My family told me to go to western Ukraine but I refused. I said: “I am from Kyiv, I can’t leave”,’ he said.

‘I didn’t think it would be correct as people have to defend and I can’t run. I thought, if they come to Kyiv I will pick up a weapon and defend my city.’

‘I am 64 but I felt it was normal to do this. I think I could take two or three enemies out.’