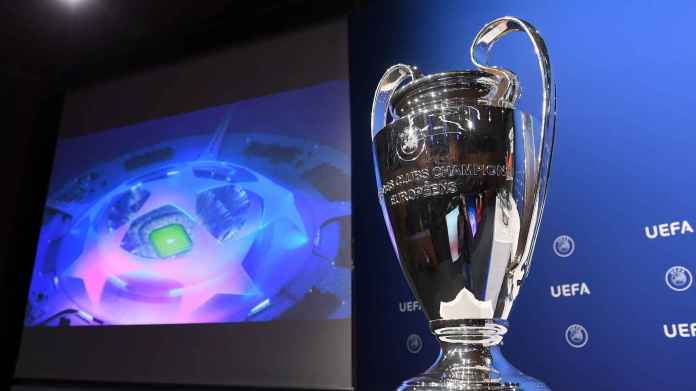 Ukraine-Russia Conflict: Champions League Final – With the ongoing War between Russia and Ukraine, the UEFA Champions League Final has emerged as a major doubt which was scheduled to take place in St. Petersburg. However, the UEFA have said in a statement that an ‘EMERGENCY MEETING’ will take place tomorrow morning to take a vital call on the ongoing situation in Ukraine. Follow InsideSport.IN for the latest sports news and updates.

UEFA call a Friday morning emergency summit to strip St. Petersburg of the Champions League final after Russia’s all-out invasion of Ukraine, with Wembley, West Ham and Tottenham all keen to bring the game to England. UEFA to move Champions League final from Russia due to Ukraine crisis as president Aleksander Ceferin calls ‘extraordinary meeting’ of Executive Committee.

UEFA will move the Champions League final from Russia on Friday due to the escalating situation in Ukraine.

UEFA will move the Champions League final from Russian city St Petersburg on Friday due to the escalating situation in Ukraine. The final was due to take place at the 68,000-capacity Gazprom Arena in St Petersburg on May 28 but UEFA president Aleksander Ceferin has called an “extraordinary meeting” of the Executive Committee for Friday and a new venue will be announced.

Russian president Vladimir Putin instructed an attack on Ukraine with explosions heard in the Ukrainian capital Kyiv while blasts were also reported in the cities of Odessa and Kharkiv.

European football’s governing body issued a statement on Thursday, which read: “Following the evolution of the situation between Russia and Ukraine in the last 24 hours, the UEFA President has decided to call an extraordinary meeting of the Executive Committee for Friday 25 February at 10:00 CET, in order to evaluate the situation and take all necessary decisions. Further communication will be made after the meeting of the UEFA Executive Committee.”

Ukraine-Russia Conflict: Champions League Final to be moved away from St Petersburg

Russia will be stripped of the Champions League final after UEFA convened an emergency meeting for Friday. The showpiece event of European club football was scheduled to be held at the Krestovsky Stadium in St Petersburg on May 28.

But Russia’s invasion of Ukraine, which started on Thursday morning, means the final will be relocated, with three London venues – Wembley Stadium, the Tottenham Hotspur Stadium and West Ham’s London Stadium could be some of the potential alternatives.

UEFA did confirm that Zenit St Petersburg’s Europa League match away to Spanish club Real Betis will go ahead on Thursday night.

(inputs taken from DailyMail and SkySports)