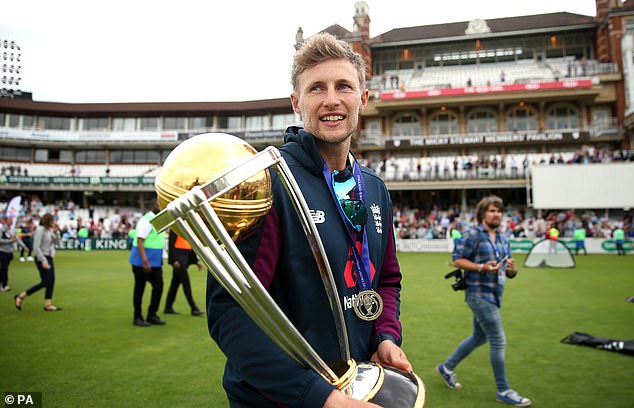 Joe Root was ‘let down badly’ by his England team-mates during the dire run of results that led to his resignation as Test captain, Piers Morgan has claimed.

England great Root announced he was stepping down on Thursday following a sequence of one win in 17 Test matches, including a 1-0 series loss in the Caribbean that was part of a sequence of five straight series defeats.

Writing on Twitter minutes after the news broke, cricket fan Morgan said: ‘Many will be happy about this but I’m not.

BREAKING: Joe Root resigns as England cricket captain. Many will be happy about this but I’m not. He was let down badly by his teammates & without his own outstanding batting, we’d have fared far worse. Thanks for all you’ve done ⁦@root66⁩ – very sorry it’s ended like this. pic.twitter.com/smBO0g0fFb

‘He was let down badly by his team-mates and, without his own outstanding batting, we’d have fared far worse. Thanks for all you’ve done ⁦– very sorry it’s ended like this.’

Former captain Michael Vaughan, whose win total Root beat with 27 victories as captain, said the 31-year-old ‘gave it everything with very little support’ and pointed to the struggles he faced in dealing with Covid absences and complications.

Vaughan insisted: ‘He still is and will be the game’s best role model for many, many years. Now enjoy being the senior player for many more seasons.’

Fellow ex-captain Michael Atherton told Sky Sports News: ‘I’m not surprised. It had got to a stage at the end of the [4-0 win for Australia at the] Ashes, even before the West Indies tour, where it was pretty clear change was needed. 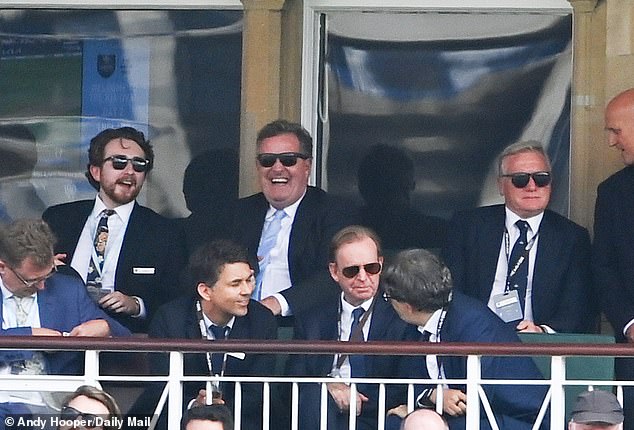 ‘There comes a moment in every England captain’s life where you realise you’ve given it all and you can’t do anymore.

‘I think there was a particular moment in the Grenada Test where Ben Foakes was run out, the England team were sliding out and the cameras panned in on Joe Root on the England balcony with a look of despair and that realisation came to him that he should really have stepped down at the end of the Ashes, given how that Tour had gone.

‘They tried to insulate his captaincy by getting rid of the coach, Chris Silverwood, and managing director and leaving some senior players, but I think it was pretty evident Joe had come to the end of the road.’

Ex-England wicketkeeper Matt Prior congratulated Root for his successes as skipper, adding: ‘Sometimes in sport, results and performances – good and bad – can get in the way of people’s judgement of the actual person.

‘[Root] is a great human being, first and foremost, and I can’t imagine how hard a decision this has been for him.’

Yorkshire told Root he should be ‘very proud’. His club said: ‘An England and Yorkshire legend. Plenty more runs and wickets to come.’

Ben Stokes, who is arguably the stand-out candidate to succeed Root, posted a photo of the pair together on the pitch on Instagram.

Stokes said: ‘Been a great ride with you, my friend. Watching one of my great mates lead us all out on to the field was a privilege.

‘You have given everything to English cricket and we all want to say thank you for your sacrifices and hard work.’

England supporters’ club the Barmy Army urged Root to ‘become our best ever batter’, and commentator Charles Dagnall called his departure ‘inevitable after what happened this winter’.

Dagnall added: ‘The captaincy had no bearing on his form with the bat. He’s absolutely critical to England’s future success. Good luck to him and whoever takes over.’

‘As one of the greatest batsmen in history, he brought us some unforgettable moments. Go and score loads more runs in more relaxed circumstances.’