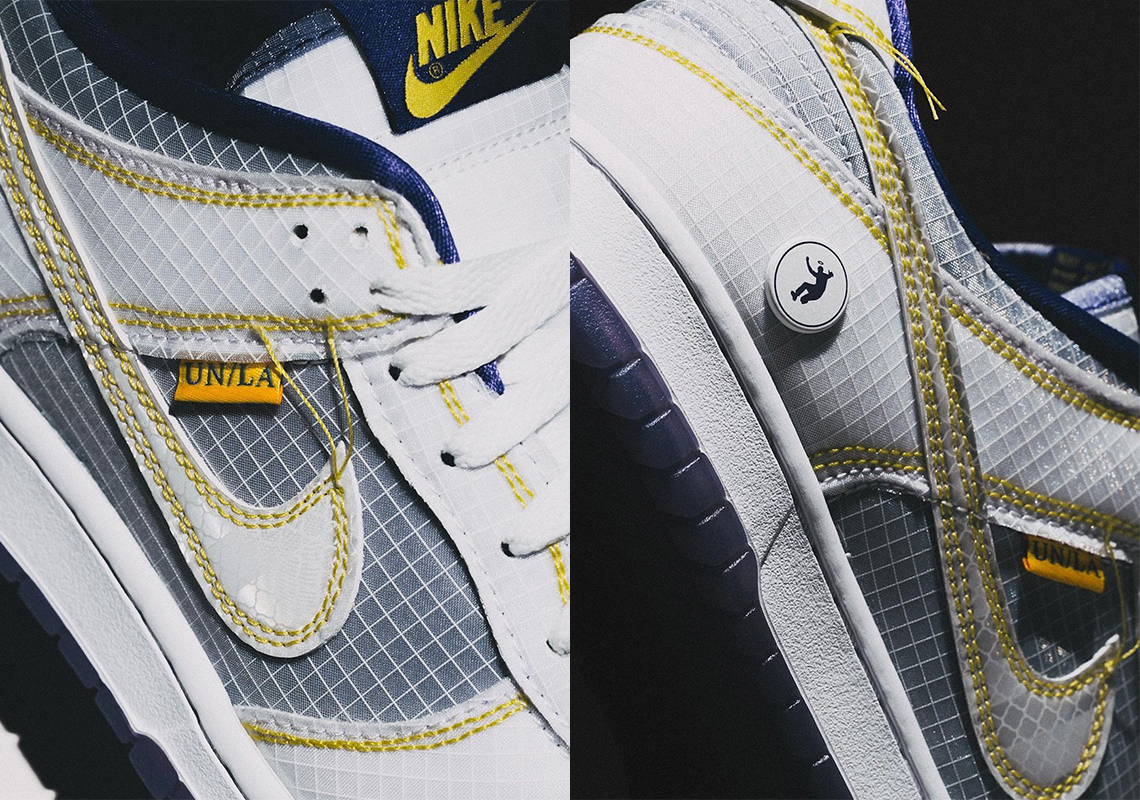 UNION‘s “Passport Pack,” which pays homage to the boutique’s three homes, is soon coming to an end, as the Dunk Low “Argon” and “Varsity” will be making their final release later this week. And between the two, it seems the Lakers-reminiscent make-up is by far the most limited, as it’s only appeared at select EU retailers.

Also referred to as the “City Pack,” the colorway is said to be inspired by a “classic Japanese Dunk,” likely the “City Attack” that released back in 1999. Compared to the latter, however, the hits of gold are far more present here, accenting the tongue label as well as the loose, unfinished stitching. What’s more, a removable layer of ripstop wraps the entire upper, obscuring the white and purple leathers that dress the base and overlays, respectively. “UN/LA” branding, then, hangs over the mid-panel, complementing the Frontman emblem that sits not far behind.

For yet another look at the UNION x Nike Dunk Low “Court Purple,” see below. These are slated to hit the stores below on Friday, April 7th.

In other news, the Union Jordan 2 “Rattan” is releasing on April 15th. 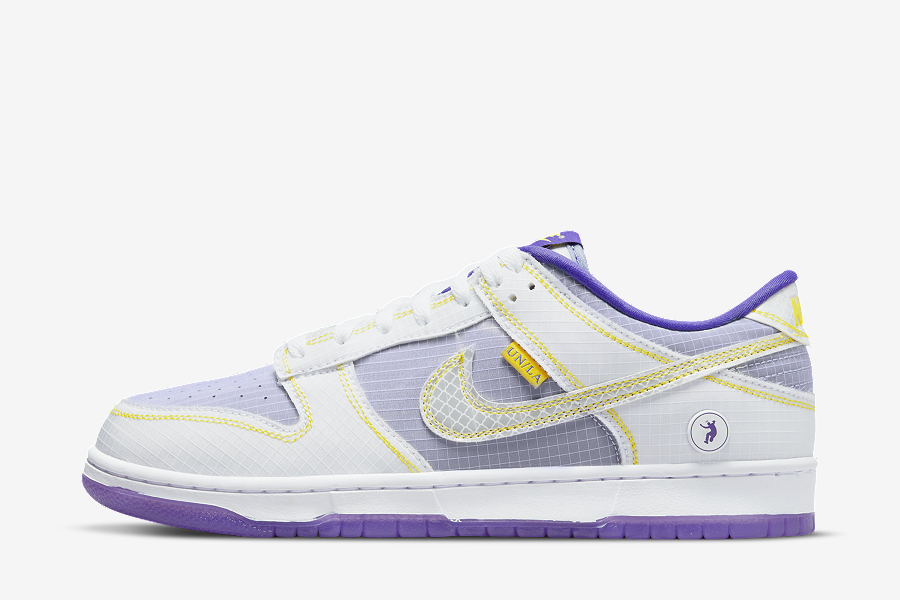 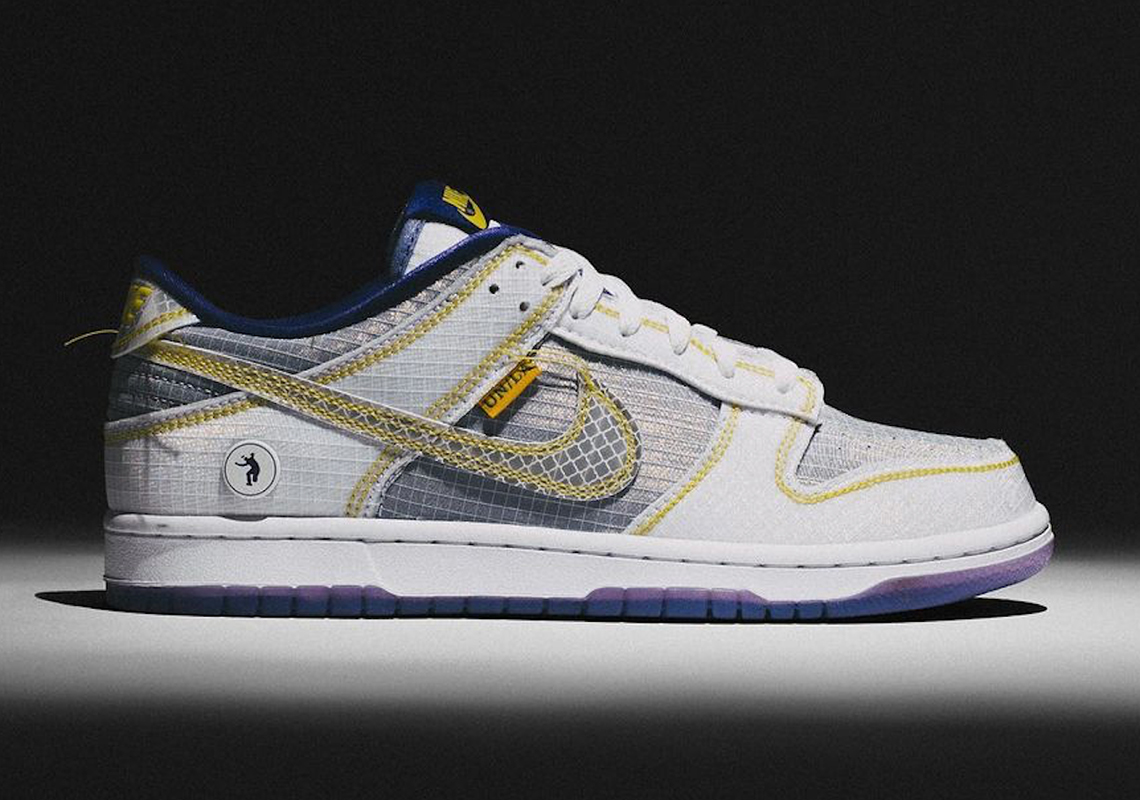 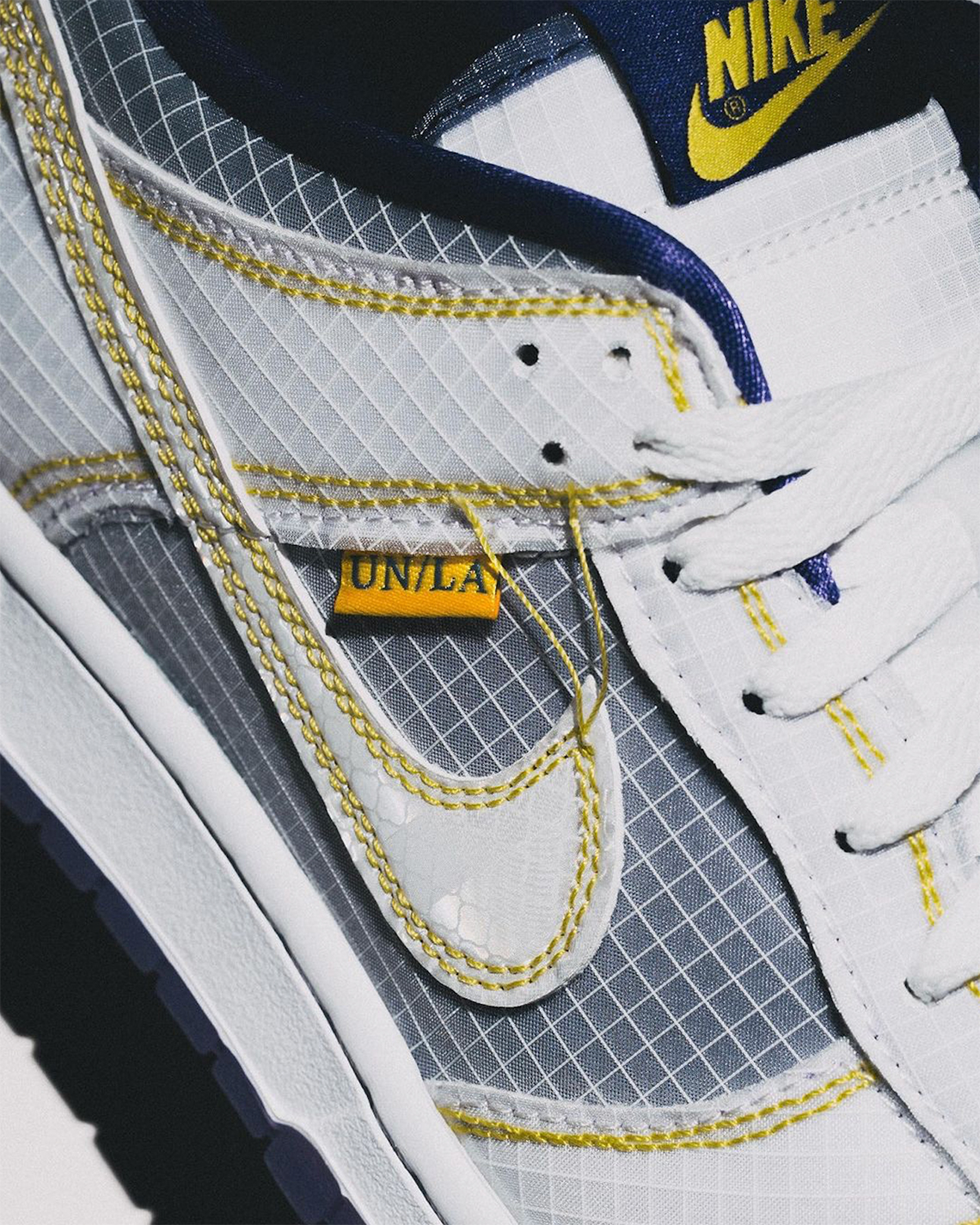 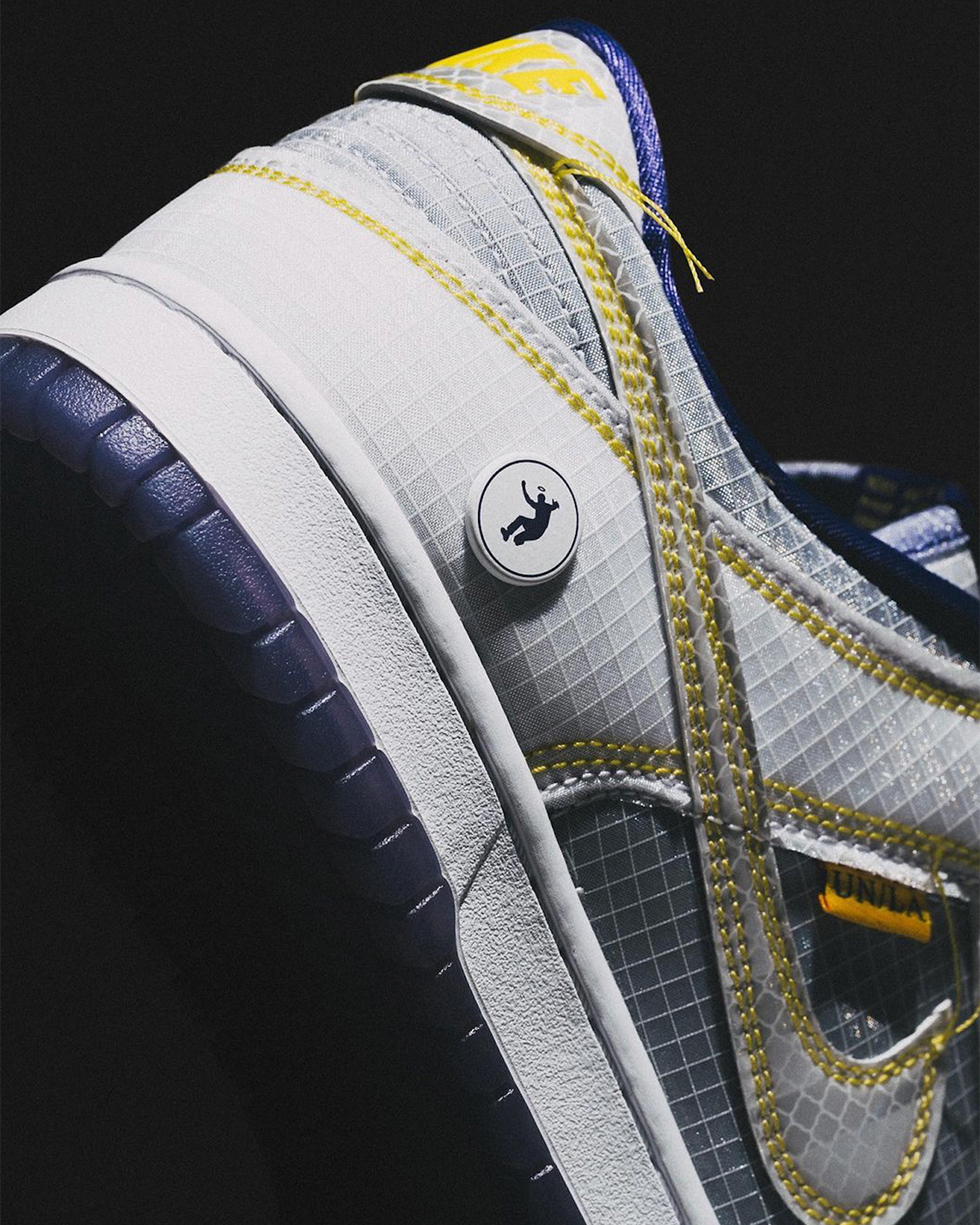