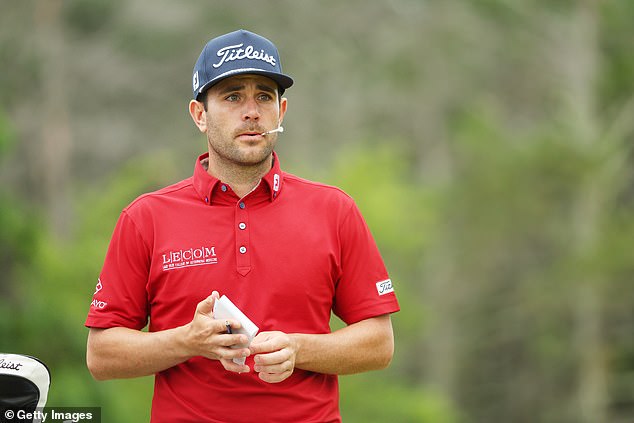 Nobody ever got anywhere in professional golf without a stiff dose of perseverance and Englishman Callum Tarren has demonstrated that in abundance.

Now he has introduced himself to an entirely new audience following a first round 67 at the US Open that left him tied for the lead alongside Rory McIlroy and almost lost for words.

‘I’m kind of pinching myself,’ commented the 31-year-old from Darlington.

He was certainly overdue something good happening at America’s national championship.

The only other time Tarren qualified for the US Open was in 2019, when his clubs didn’t arrive at Pebble Beach until the eve of the event.

This time they were also lost for a while in Canada and he had to content himself with walking nine holes for his first look at Brookline on Sunday.

It was simply another adventure for Tarren, mind, on a long and decidedly winding road to the majors. 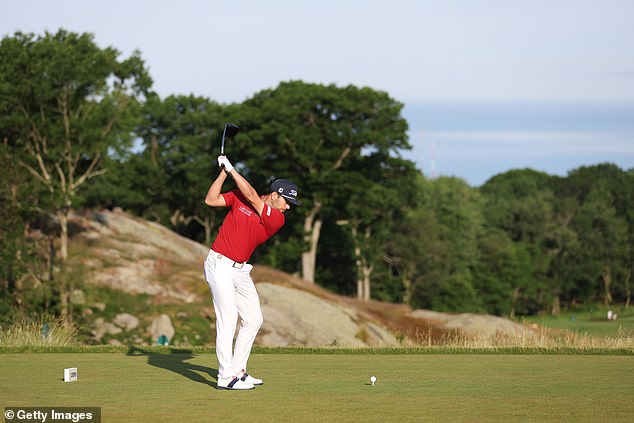 After graduating from college in America he returned to the North East and a variety of mundane jobs to try to finance his professional career.

When he failed to get his European Tour card in 2018, he headed over to China to play on a PGA Tour subsidiary circuit that had been set up over there.

Tarren earned promotion to the Korn Ferry Tour — one rung below the main circuit — and then on to the PGA Tour itself for the start of this season.

Fired up at the realisation of his American dream, he promptly bounced back to earth with seven missed cuts and a disqualification from his first eight events. 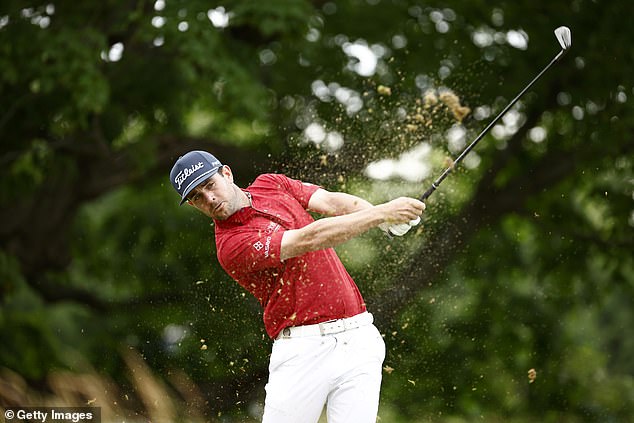 Time to show perseverance once more. Since that horrific start, Tarren has begun to find his feet.

He has played all four rounds in six of his last nine events and had a top-five finish, earning more than $250,000.

He showed his colours towards the end of his round in a remarkable burst of scoring where he picked up four shots in four holes from the fifth, having started at the 10th.

That included an eagle at the par five 8th, where he struck two lovely shots to 20ft.

‘I didn’t realise I was tied for the lead until I got to the ninth green,’ he said, with a sense that it might not have been a bad thing. ‘It feels crazy.’

Whatever happens from now on he will always have Thursday, and a round that sums up the romance of an event that truly is open.