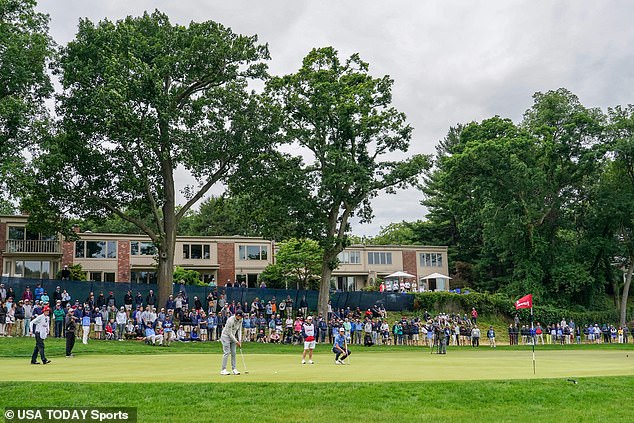 A trip to Fenway Park, Rory McIlroy’s integrity and ludicrously late tee-times: Sportsmail brings you the highs and lows of this year’s US Open at Brookline in Massachusetts

The 122nd US Open took place at Brookline in Massachusetts this year, with several star golfers all in the mix to win on a stunning final day.

English golfer Matt Fitzpatrick has had arguably his career breakout moment, with the 27-year-old pushing right to the end with some of the biggest names in the sport right now and establishing himself among the elite.

Sportsmail‘s Derek Lawrenson outlines the highs and lows from this year’s tournament, both on the links and away from the course.

A contest to the very end: Punters take in the final day of the 2022 US Open at Brookline

What a treat to watch Boston Red Sox — the other team owned by John W Henry — play at their baseball home. A nice touch to have Liverpool FC memorabilia in the shop as well.

Fenway is often compared to Anfield but — biased, I know — it’s not that good. Indeed, with uncomfortable seats and posts blocking the view, it’s more like Goodison Park.

Amazing how your view of a course can change when the atmosphere isn’t feral and US golfers aren’t behaving like idiots. 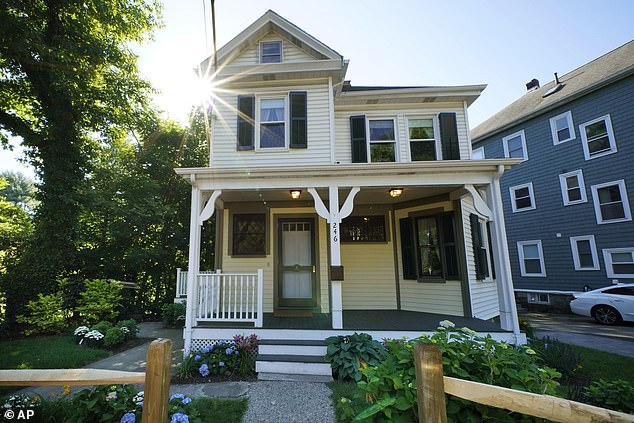 The childhood home of Francis Ouimet, a self-taught former caddie who won the US Open in 1913

Twenty-three years on from that vile Ryder Cup, I loved passing Francis Ouimet’s house by the 17th fairway each morning. His inspirational victory in the 1913 US Open really might be the greatest story that sport has told.

Sure, golf is bigger than one man but just imagine for a moment if Rory had accepted hundreds of millions of dollars to join the Saudis. Plenty more stars would surely have followed in his footsteps. Now he’s the saviour on the barricades, desperately trying to protect the game from itself — and fair play to Jon Rahm and the young Americans for joining his crusade.

Where else to start with the lows? Even at a fantastic US Open there was still no escape from the constant chatter in the locker room and beyond. You often wonder in sport where a game will be in five years’ time. In golf at the moment you don’t even want to think about a year from now, without the vision bringing on a sense of dread. 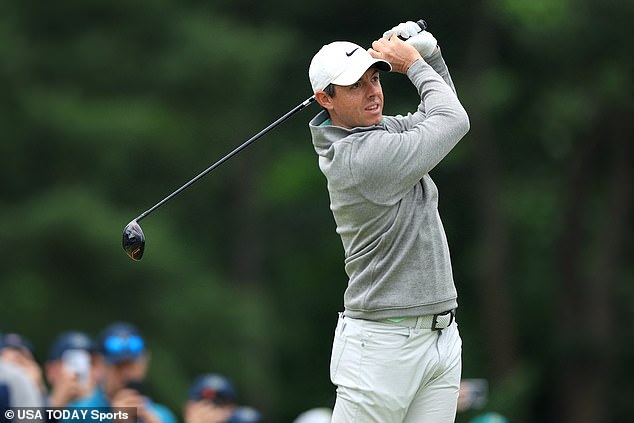 Hats off to Rory McIlroy (pictured), John Rahm and others for resisting the LIV Series riches

Imagine the level of self-indulgence three men must have to speak for 32 minutes without allowing a single question? While the audience nodded off, they joked about their levels of caffeine and other such important subjects. I’ll be kind and not name them but, suffice to say: come on gents, you can do far better than this. It was playing into LIV’s hands.

On Friday, Rory came out with a good line when he said he was glad he wasn’t leading as it meant he wouldn’t have to go out at 3.45pm on Saturday. What a joke of a last starting time. When the final group reached the 18th it was cold, nearly dark and plenty of fans had headed for the hills. More succour for LIV. The game doesn’t help itself at times.