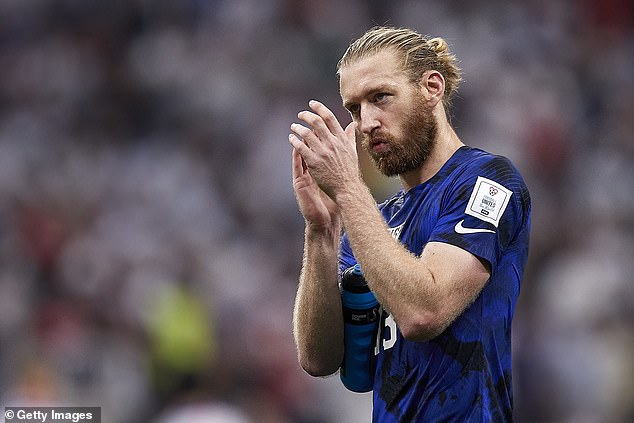 For Tim Ream, a shock recall to the USA team for the World Cup was a dream moment in his career. For his three young children, however, it wasn’t immediately the case.

Before Gregg Berhalter named his World Cup roster, Ream had been enjoying an impressive season with Fulham on its return to the Premier League. But he hadn’t played for USA since September 2021 and wasn’t expecting the call to play.

He even booked a family trip to Disneyland with his wife Kirsten and three children, Aidan, Theo and Lilia – and then Berhalter called with a plane ticket to Qatar. 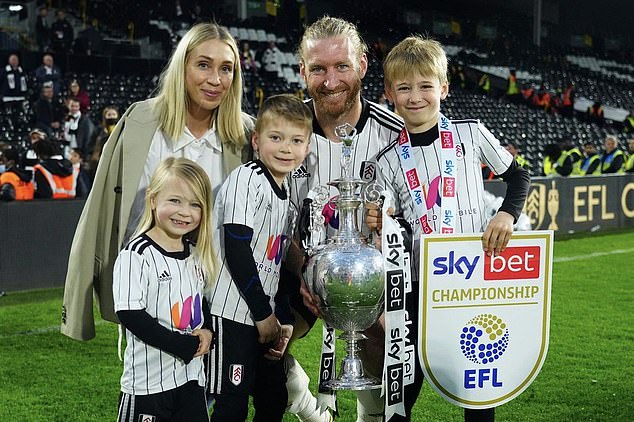 Ream had to cancel a family trip to Disneyland and admitted his children – Aidan, Theo and Lilia – were initially sad to have missed out on the vacation

‘I explained to them, ‘What are your hopes? What are your dreams? Like, you have dreams, what do you want to do? Well, Daddy got a phone call, I am going to go to a World Cup, and we’re going to have to postpone Disney,'” he told ESPN.

‘It was a hard sell at first, probably the first hour,’ Ream added. “Then once they wrapped their head around it, I think they were more excited to come here and see the spectacle and be involved in it now.

‘They were asking for a week when they were getting on a plane and when they can get here.’

And they will be proud of what they’ve seen from their dad so far. 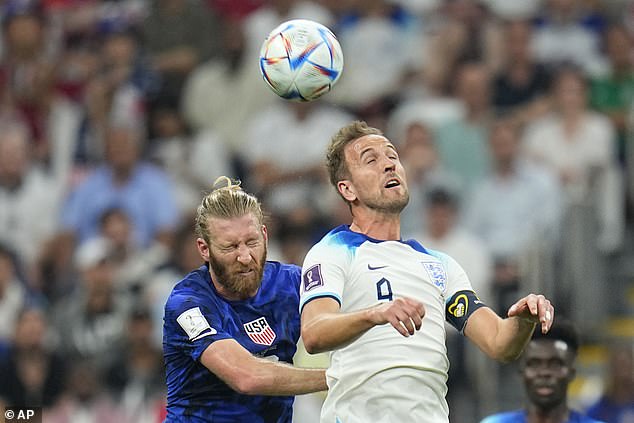 Ream played in both USA games so far and impressed – for USA, it all comes down to Iran now

Ream, 35 – jokingly described by Tyler Adams as the ‘grandpa’ of a USA team which is the second youngest in Qatar – has played the full 90 minutes in both games so far, and impressed in both the 1-1 tie with Wales and the 0-0 with England.

The fate of USMNT now rests on Tuesday’s game against Iran. Win, and the USA is through to the last-16 of the tournament.

But lose, or record another tie, and Ream can pack his bags and may even have tip to get to Disneyland before the Premier League campaign with Fulham resumes.