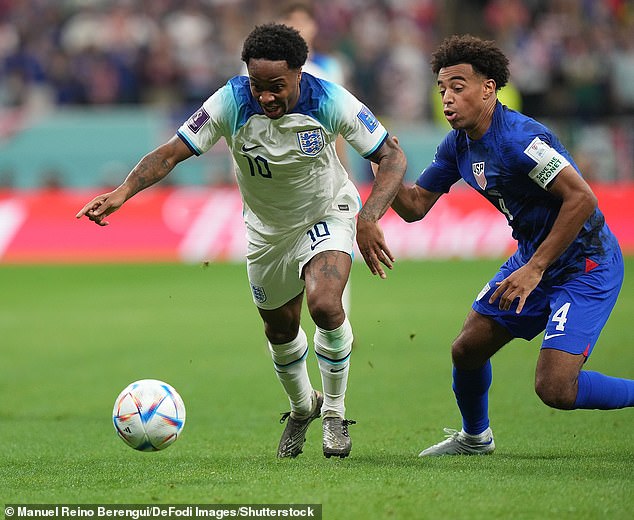 The World Cup is taking hold in America, with new record viewing figures recorded for a soccer match as USA tied 0-0 with England on Friday.

There were 15.4million viewers in the US for the game, the most watched men’s soccer match on English-language US television.

While the match was goalless, the USA was the better team and looked more likely to defeat England, the prematch favorite to win the game and a favorite with some to win the tournament overall.

There 15.4m viewers in America as the United States tied 0-0 with England at the World Cup 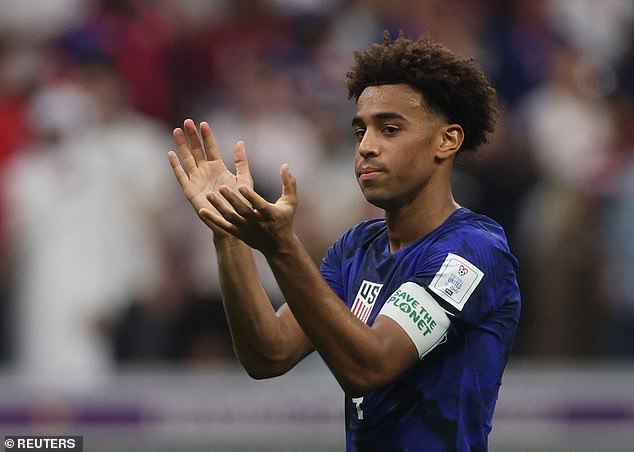 It’s also a rise of nearly four million from the opener against Wales, which the US tied 1-1.

There were 11.7million viewers for that first Group B game – the USMNT’s first World Cup match in eight years after failing to qualify for the 2018 competition in Russia.

The result against England means USA must beat Iran on Tuesday to reach the knockout stages of the tournament.

The largest English-language television audience for soccer in the USA was in 2015 – 25.4million watched USA in the women’s World Cup final.

Growth of US soccer is especially important with USA co-hosting the World Cup in 2026, alongside Canada and Mexico. 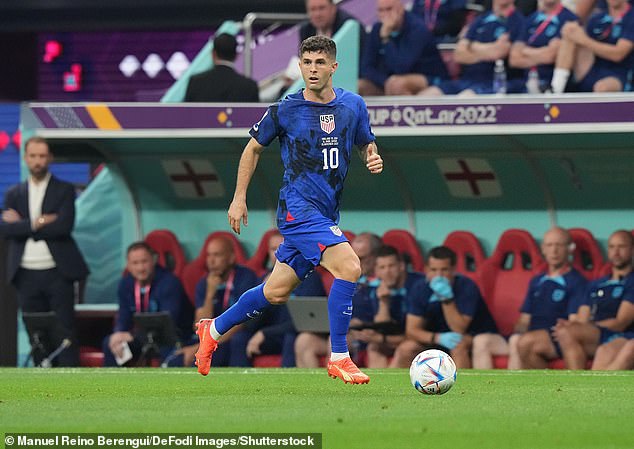 Speaking after the England game, star man for the USMNT star Christian Pulisic said: ‘Everyone back home watching, I hope we made a lot of people proud.

‘But the job isn’t even close to done, so we’ve got a lot of work left to do.

‘A draw’s not the worst thing. But I felt like there were stretches of where we showed confidence and had a lot of the play.

‘And we created chances, and even could have won the game. But all in all, I thought we managed it quite well.’