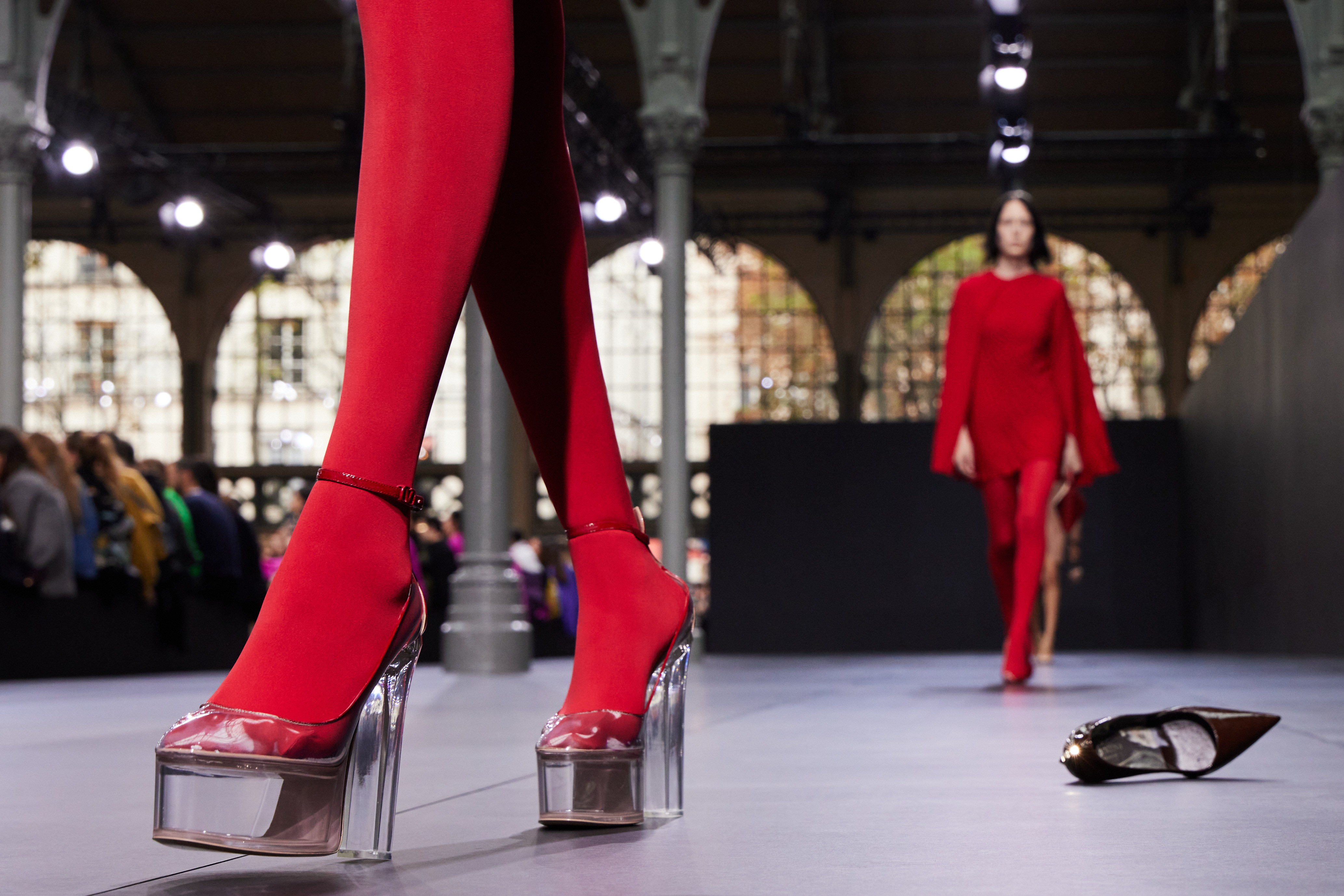 Though it was ubiquitous among the front row, not a single look in Valentino’s spring summer ’23 runway collection featured the brand’s “Pink PP” hue (the initials, by the way, are those of creative director Pierpaolo Piccioli, who worked with Pantone to custom create the shade).

The same went for the Italian brand’s footwear — but they didn’t make the offering any less statement making or over-the-top. Instead of the shocking fuchsia pink color that has taken over cities around the world (Valentino recently announced a pink takeover of activations in New York and its Paris shop is wrapped in the color), this season’s platforms featured almost no color.

They were clear, they had a major platform — and they bore an unavoidable resemblance to the oft-maligned “stripper heel.”

Surely an unintentional reference point, the shoes instead seemed to be something of a palette cleanser and neutral punctuation mark to a vast collection that included just about every other color in the rainbow, from grape and lemon yellow to lilac and lipstick red.

The lineup also included a substantial expansion on the brand’s “V” logo, with head-to-toe looks done in swaths of monogram fabric, down to pairs of pumps with an open weave of V’s interlocking in what is sure to be a big footwear push next year.