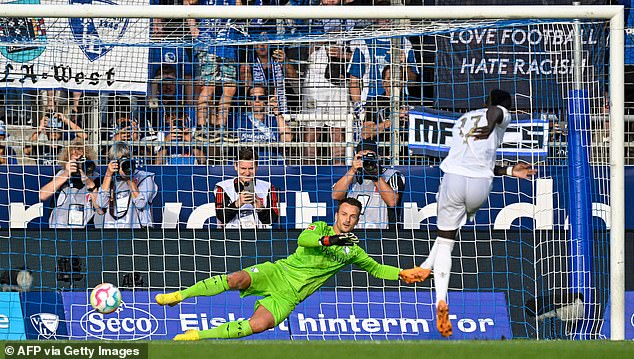 Vfl Bochum 0-7 Bayern Munich: Sadio Mane scores twice for the visitors as Julian Nagelsmann extend unbeaten run at the top of the Bundesliga table with their biggest win of the season

Bayern Munich continued their blistering start to the new Bundesliga season with a 7-0 victory over Vfl Bochum that extends their lead at the top of the league standings.

Leroy Sane opened the scoring after just five minutes by unleashing a stunning strike that nestled in the top corner following some brilliant build-up play on the edge of the box.

Defender Matthijs de Ligt who recently joined the German side from Juventus nodded in his first goal for Munich following a mistake by Bochum goalkeeper Manuel Riemann. 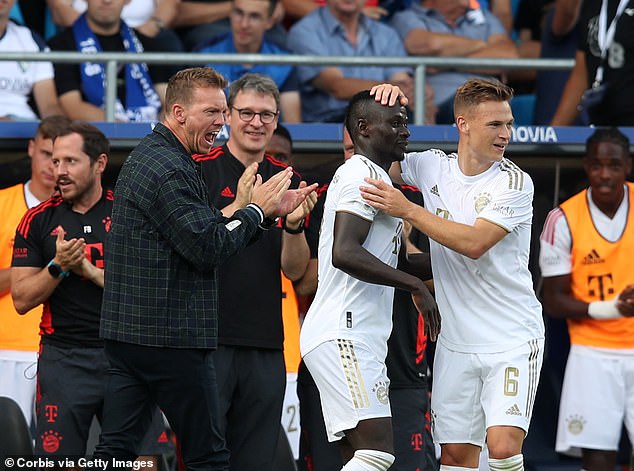 Kingsley Coman pounced on a Riemann save in the 33rd minute to make it 3-0 before halftime after the keeper did well to deny Thomas Muller’s intial shot. Sadio Mane added another goal before half time as Bochum crumbled under unrelenting pressure.

Former Liverpool star Mane doubled his tally midway through the second half, remaining calm to score from the penalty spot after Coman was hacked down in the box.

Bochum defender Cristian Gamboa made matters even worse for his side by scoring an own goal by diverting a Joshua Kimmich pass into his net.

Serge Gnabry wrapped up victory for the visitors by making it 7-0 late in the match.