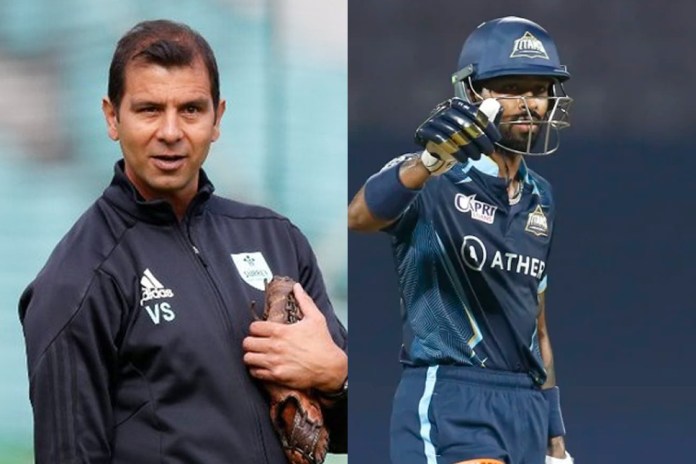 IPL 2022: Vikram Solanki all praise for Hardik Pandya, says GT captain’s all round capabilities make him a “real recipe for any team”- Gujarat Titans are playing for the first time in the Indian Premier League and they could not have asked for a better start to the season winning eight out of 10 matches. Follow IPL 2022 LIVE updates on InsideSport.IN

The Director of Cricket of the team Vikram Solanki is extremely happy with the way the team has played so far. “Well we could have asked for 10 wins out of 10 matches rather than 8 but obviously it is a very competitive tournament there are some very fine teams for us as we have done. To put a string of performances have been very impressive and speaks volumes about the team and all the guys have contributed to sort of contributing to our season’s win so far,” said Gujarat Titans’ Director of Cricket Vikram Solanki while speaking exclusively to ANI.

Captain Hardik Pandya has led his team by example scoring 309 runs with the bat in nine innings with three half-centuries to his name at an average of 44.14. With the ball too he has contributed picking up four wickets. 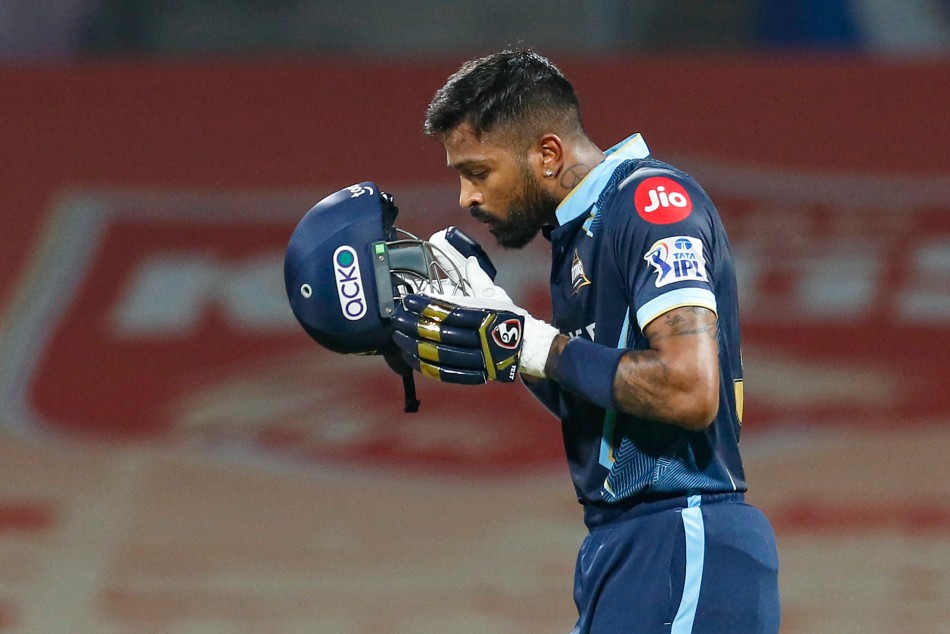 “Absolutely we made that secret of the fact that at the outset when we were able to get Hardik to join us and to get us to join us as captain. We have viewed him as somebody that is an exceptional cricketer with exceptional leadership qualities and I have to elaborate on the cricketing aspect of that. In our opinion we have kept Hardik Pandya as somebody that can make any team in the world purely as a batter, purely as a bowler and with the two combined then we have a real recipe. Add to that his winning mentality, his previous experiences in winning the IPL as well really set him apart as far as leadership role is concerned. Add to that also he is totally taken to the captaincy he has been giving away his time. He is very conscious when he shares his experience with the players and he has been quite exceptional,” explained Vikram Solanki.

Hardik Pandya was rested in the game against defending champions Chennai Super Kings as Afghanistan spin sensation Rashid Khan led the Gujarat Titans as acting captain of the match raising eyebrows over his fitness.

“I think if you look at it practically he had a long break from cricket The stresses and strains of T20 cricket particularly in the IPL which we have already spoken about in addition to the place you sort of the extra burden of captaincy. We have just made the decision at that time to manage his workload. That is the best way to describe it to make sure he is fit and firing for the length of the tournament rather than being short-sighted and sort of at every game point we have sort of bowling, batting and captaining the side. We just felt at the time that we sort of right thing to just to take that game as a bit of consolidation as far as his things are concerned. Only because you have come off a long break is a lot to ask for everything that he does that sort of works well for us reminded me of his bowling as well. We are looking forward to him returning to bowling it speaks volumes and it is a great asset for us. I am sure all Indian fans will be minded that if he is bowling and batting then he is an asset to the team,” Solanki said.

One of the biggest reasons for Gujarat Titans’ success is the form of Mohammed Shami with the ball as the pacer has given his team early breakthroughs with the new ball.

“Mohammed Shami has been a key to our team. At the outset, we are sort of so pleased when we were able to get him along at the auction. He has been a key performer for us obviously. As far as the tournament is concerned you made a good point it is a premier tournament in the world. I don’t think there is any doubt about that. You think about the quality of the tournament and the quality of performers we have and the quality of cricketers we have across the teams and in addition to that, it is the closest that you are likely to get to international cricket in terms of pressure, in terms of exposure and all those things. It really speaks volumes of all the youngsters you have spoken about. It is such a good platform to showcase that it has been for a number of years. People have made their reckoning as far as international cricket is concerned on the back of good performances in the IPL. Coming back to your point about Shami he is exceptional. His performance speaks volumes in itself. You have sort of outlined all of those but in addition to that his guidance as far as the bowling is concerned and setting the example and having these contributions is invaluable for us,” said Vikram Solanki.

With the bat too they have got some good starts as opener Shubman Gill has scored 269 runs with two fifties to his name at an impressive strike rate of 137.94.

“Shubman is a very fine player. I will describe him as a real technician as far as his batting is concerned I think he has a temperament to play across formats and again we are very pleased to acquire Shubman as a part of our pre-auction. That was a real sort of positive as far as we are concerned. He continues to work hard he has a brilliant work ethic. He works extremely hard towards practice. We have asked Shubman to show that he is now an experienced player. He is now international experience as well as IPL experience and he makes sure that he shares that and takes that role as well he is growing as a senior figure in the team. He is obviously quite exceptional,” told Vikram Solanki.

Rahul Tewatia and David Miller too have been vital cogs in the wheel for Gujarat as the duo scored unbeaten 43 and 39 respectively to guide his team to victory against RCB chasing a competitive 171-run target in 20 overs. In the game against SunRisers Hyderabad too Tewatia scored an unbeaten 40 off 21 balls to chase a big target of 196. In the game against CSK Miller’s unbeaten 94 and Rashid Khan’s 40 off 21 balls helped Gujarat chase 170-run target.

“I wouldn’t say easy but I would say they made it look easy. They got us across the line in some tight games. I will add Rashid Khan to that as some of the roles that he has played in that sort of middle-order or lower middle-order. He has worked extremely hard in his batting. He has continued to work hard when he is with us he has the ability to sort of hit in areas that are difficult to protect and he amongst David Miller and Rahul Tewatia has helped us get across the finish lines in those tight games. It is inevitable to get those tight games like we sort of have already noted. Some real quality as far as teams are concerned there are very capable death bowlers and it is important to get across those games where there is tight connection and these three have played an important role,” told Vikram Solanki.