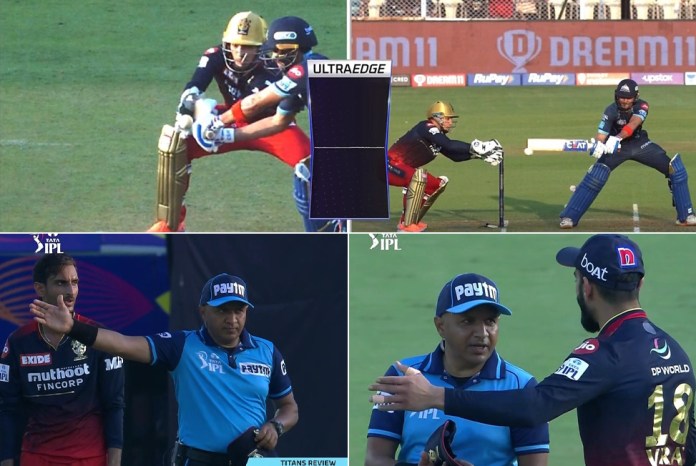 IPL 2022: RCB’s stand-in wicket-keeper Anuj Rawat committed a bizarre wicket-keeping error that cost RCB a no-ball during their crucial encounter against Gujarat Titans on Saturday. Stepping in for RCB’s regular keeper Dinesh Karthik, who was unwell, Anuj Rawat collected the ball in front of the stumps that was called a no-ball. The decision however left Virat Kohli furious as he was seen arguing with the umpire for their no-ball call. Follow GT vs RCB Live score at InsideSport.IN

The incident happened in the ninth over of the innings with Shahbaz Ahmed being the bowler. Shabaz bowled a delivery outside the off stump to which Shubman Gill attempted to play the cut shot. He was however beaten and wicketkeeper Anuj Rawat appealed for a catch.

The on-field umpire raised his finger, giving out. However it was immediately reviewed by the batsman. When the third umpire took a look, replays showed no edge and Shubman Gill was saved. However, wicket-keeper Anuj Rawat collected the ball with his hands in line with the stumps and deemed it a no-ball, much to the agony of RCB.

According to the ICC law 27.3.1,The wicket-keeper shall remain wholly behind the wicket at the striker’s end from the moment the ball comes into play until a ball delivered by the bowler 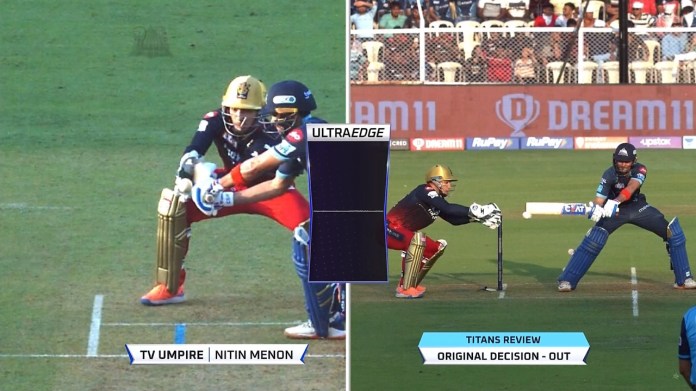 Replays showed Anuj Rawat keeping his hands in front of the stumps, before collecting the ball. While reviewing the decision, the third umpire was quick to point it out and as the on-field umpires to call it a no-ball.