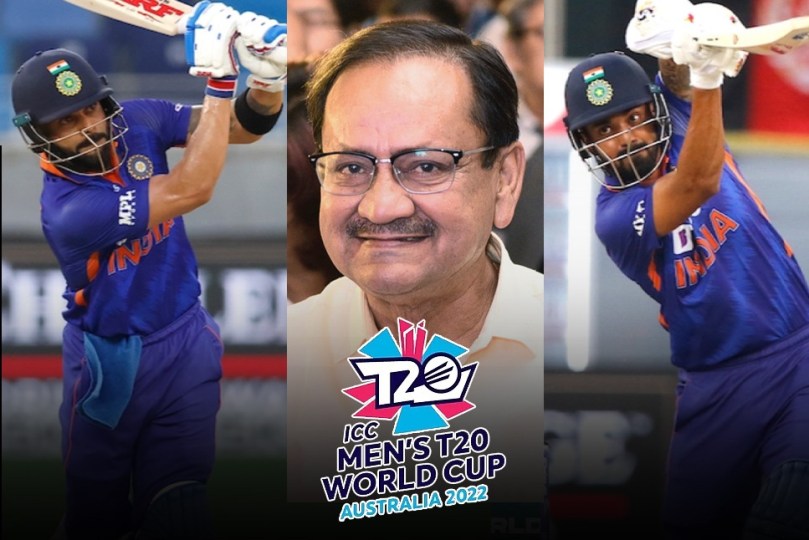 India T20 WC squad: Virat Kohli as opener: Former India captain Virat Kohli scored a blistering ton as an opener in the Asia Cup match against Afghanistan on Thursday. It was his first international ton in more than 1000 days of international cricket. With the T20 World Cup scheduled next month in Australia, Kohli can also be looked as opener in Australia. But former selector Sambaran Banerjee does not like the idea and prefers KL Rahul and Rohit Sharma at the top. Follow India T20 World Cup squad live updates with InsideSport.IN

It is also important to note that Kohli only got a chance to open the innings as Rohit Sharma sat out the Afghanistan match. Else, India would have gone ahead with their regular combination of KL Rahul and Rohit Sharma in the Asia Cup. Rahul, over the course of the Asia Cup, has shown that he is also coming back to form at the top.

Former selector Banerjee was impressed with Kohli’s 122 off 61 balls. But he firmly believes Rahul and Rohit are the best possible combination for India in the World Cup. Kohli, however, can still open the innings for India when either of the two openers gets injured.

The milestone we’d all been waiting for and here it is!

“That was one of his best innings, no doubt. He scored that ton as an opener, but that does not mean Kohli should open regularly. KL Rahul and Rohit Sharma are regular openers for Team India,” Banerjee told InsideSport.

“But, yes, sometimes, you can change the strategy and ask Virat to open the innings. That should depend on the situation of the game and so on, like if someone is injured. Kohli and Rahul should open the innings for India in World T20 in Australia. What I believe is that they are best opening pair and in Australia, they should open.”

Why Rahul-Rohit is a good combination for T20 WC?

Kohli’s ton great news for India: Irrespective of where Kohli bats, his ton against Afghanistan comes as positive news. In fact, the entire campaign of Asia Cup has been quite solid for the Indian batter. Barring his one failure against Sri Lanka, he has scored quite consistently, which are good signs for India. His other scores are 122 not out, 60, 59 not out and 35.

The team management will be looking for such scores in Australia. An inform Kohli can play an important role in the T20 World Cup. He has the ability to score big runs and win matches for India.