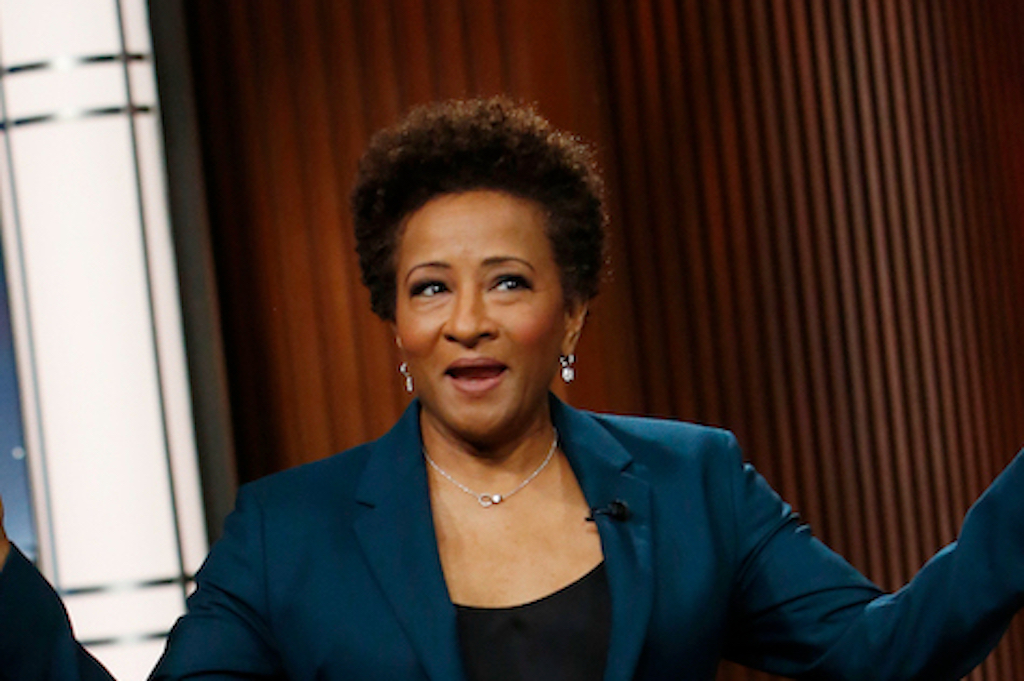 Wanda Sykes radiates in blue for her latest appearance. “The Upshaws” actress was on Monday night’s episode of “Jimmy Kimmel Live!” in Hollywood, Calif., where she talked about her impending hosting gig alongside Amy Schumer and Regina Hall at the 94th Annual Academy Awards that will be airing on March 27. She also talked about working with Mel Brooks on “History of the World Pt. II,” which is a TV show — now owned by Hulu — that parodies periods of world history. The show takes notes from the 1981 classic film.

The two also talked about the salary for hosting the event. Kimmel announced that he was only paid $15,000 when he hosted the awards show in 2017 and 2018. To which, Sykes admits that she doesn’t know how much she’s getting paid for the evening. Kimmel adds that whatever the salary is, she’ll probably have to split the payment between the two other powerhouse comediennes, and he lets out a single anecdote.

“You’re getting robbed,” Kimmel said. “Hold out right now because they need hosts.”

When it comes to her outfit on the late-night program, Sykes went with a dark teal suit with matching slim-fit trousers.

To ground everything, she went with a pair of black pumps. The shoes had a pointed-toe silhouette and a height of approximately 3 inches for an elevated appearance.

While arriving at the set of “Jimmy Kimmel Live!,” Sykes went casual chic in a black hoodie and shirt that had her newest series title “The Upshaws” etched across the front. On the lower half, she wore red Nike sweatpants that had white stripes running down both sides.

For accessories, she wore a black mask and carried a functional backpack.

And for footwear, she went with a pair of multicolored Nike Air Max sneakers that added a colorful yet unifying touch to her relaxed look.

Outstanding achievements in film will be honored at the 94th Academy Awards, airing Sunday, March 27 live on ABC with Regina Hall, Amy Schumer and Wanda Sykes serving as hosts. Some of the talents nominated for the night include Jessica Chastain, Kristen Stewart, Nicole Kidman, Penélope Cruz, Andrew Garfield, Denzel Washington and Will Smith.

See Oscars fashion through the years.