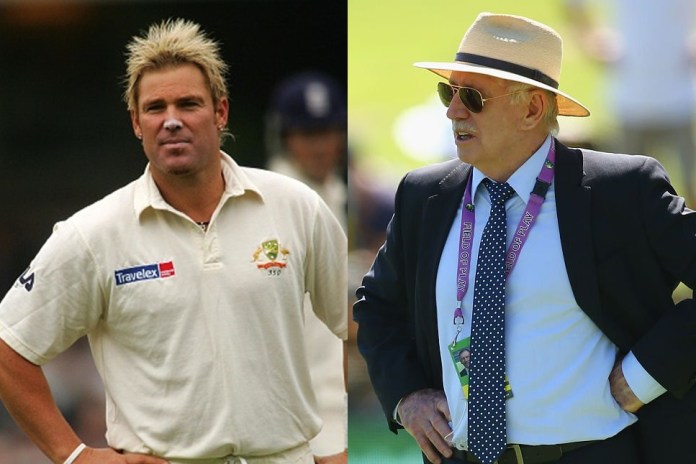 Shane Warne Passes Away: Former Australia captain Ian Chappell on Saturday hailed
late Shane Warne as a “generous and honest” champion who never considered himself to be a superstar despite being one of the all-time greats of the game. Follow Insidesport.IN For more updates

Warne, a spin wizard who made the world fall in love with his craft, died at the age of 52 due to a suspected heart attack in Thailand on Friday, leaving the world shell-shocked.

“Warne was not only a champion leg-spinner, I also found him to be an exceedingly generous person and an honest bloke,” Chappell wrote in his column for ESPNcricinfo.

“He gave generously of his time to kids and went beyond the recommended in talking to them as he autographed their offered items.”

Narrating an incident, Chappell said: “I once saw him walk into a room full of business people who all knew his name. He wandered over to the first bloke, held out his hand and said, ‘Hi, I’m Shane’.

“…That was Shane. He didn’t see himself as a superstar…”

Chappell said “Warne was an aggressive cricketer who impressed with his excellent thinking on the game.

“He produced the ball of the 20th century to dismiss England’s Mike Gatting, and a myriad other excellent deliveries that netted him more than 700 Test wickets.”

Comparing him with Dennis Lillee, Chappell said such was the aura of Warne that his fans expected a wicket from him every time he picked up the ball.

“Like Dennis Lillee before him, Warne had the fans on the edge of their seats because they felt every time he had the ball, something would happen.”

“Marsh loved Lillee and most others who played aggressive cricket. That’s why this week has been so hard. It’s bad enough to lose Rod Marsh but to also have Shane Warne pass away is too much,” Chappell wrote.