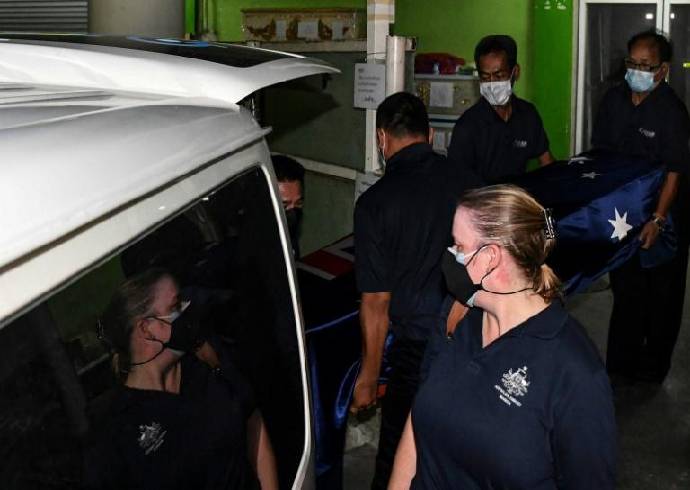 Shane Warne Death – Warne Body flown back to Australia: Australian cricket legend Shane Warne breathed his last week while on a vacation in Thailand. The body of late cricketer arrived at a Bangkok airport on Thursday. The body will be repatriated back to Australia where the cricket superstar will receive a state funeral at the Melbourne Cricket Ground. Follow Shane Warne’s LAST JOURNEY LIVE Updates with InsideSport.IN

The 52-year-old, along with his remains will now be flown to Australia, where his family awaits.

The Warne family are expected to hold a private memorial service this week. This will be followed by a state funeral for the Australian cricket legend on March 30th.

In their first public comments since Shane Warne’s shocking death, his family have expressed their grief and shock at the news, while revealing that the 52-year-old did suffer from asthma and heart related difficulties.

“To find words to adequately express our sadness is an impossible task for us and looking to a future without Shane is inconceivable,” parents Keith and Brigitte Warne said in a statement.

“I miss you so much already. I wish I could’ve hugged you tighter in what I didn’t know were my final moments with you. I wish I could’ve told you that everything was going to be OK and hold your hand,” said daughter Summer Warne in a touching tribute.

Warne was discovered unresponsive late on Friday at a luxury villa on Koh Samui where he was on holiday.

Autopsy results confirmed that the leg-spin bowler — one of the greatest Test cricketers of all time — died of natural causes after a suspected heart attack.

On Monday, police said an autopsy had found “the death was due to natural causes” ruling out any foul play.

Surachate Hakparn, assistant to the national police chief, added that Warne’s father said the player “had been suffering chest pains and was planning to return home for a check-up after this trip”.

Over the weekend fans paid homage to Warne at his statue outside the Melbourne Cricket Ground.

Warne is credited for reviving the art of leg-spin. Shane Warne was part of a dominant Australian Test team in the 1990s and 2000s. He also helped his country win the 1999 limited-overs World Cup.