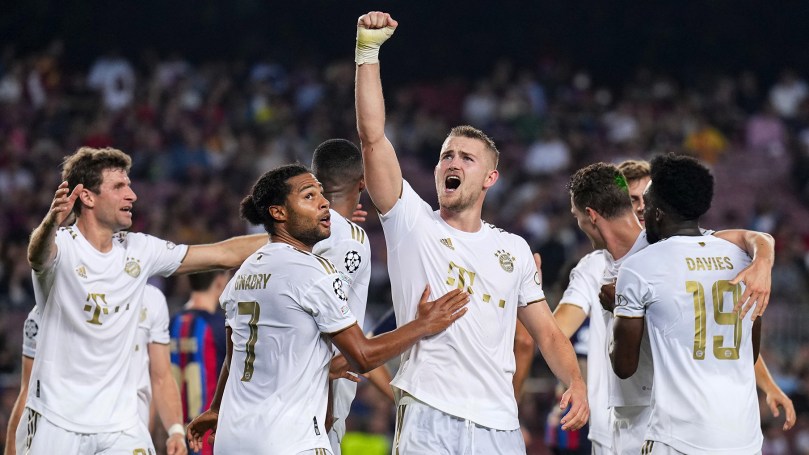 Sadio Mane and Eric Maxim Choupo-Moting scored in the first half. – With one game remaining, Bayern clinched first place in Group C with 15 points, while Inter Milan finished second. Barcelona, who will finish third regardless of final-day results, will compete in the Europa League. After Inter Milan defeated Viktoria Plzen 4-0 in the early window on Monday, Xavi Hernandez’s team knew they had no chance of reaching the knockout stage for the second year in a row.

Finishing top of our #UCL group for the fifth straight season 🔥

Relive the win that helped seal the deal 🤝#MiaSanMia #FCBFCB

Bayern took an early lead thanks to Mane, who raced on to a pinpoint through ball from Serge Gnabry, fended off Barcelona’s Hector Bellerin, and cleverly chipped the ball past an onrushing Marc-Andre ter Stegen. Choupo-Moting extended the visitors’ advantage on the half-hour mark, scoring from a tight angle between Ter Stegen’s knees after being sent in by another beautiful ball from Gnabry.

Barcelona appeared ready to cut the deficit in half from the penalty spot shortly before halftime, but referee Anthony Taylor reversed his judgement for a foul in the area on Robert Lewandowski when a pitch-side monitor revealed the Poland striker had stepped towards his defender to instigate contact. Gnabry added a third goal for Bayern, but his well-placed effort from the left side of the penalty box was ruled out for a borderline offside ruling in the buildup. After Gnabry’s cross-shot went nicely to him, substitute Benjamin Pavard scored at the back post for Bayern’s final goal of the evening.

Barcelona’s elimination from the group stage last year followed the departure of Lionel Messi to Paris and the financial crisis that forced the resignation of the whole club board. This season, however, a better result was expected following the big-money additions of Robert Lewandowski, Raphinha, and Jules Kounde. They have only won one of their five group games so far and will enter the second-tier Europa League after finishing third for the second year in a row.