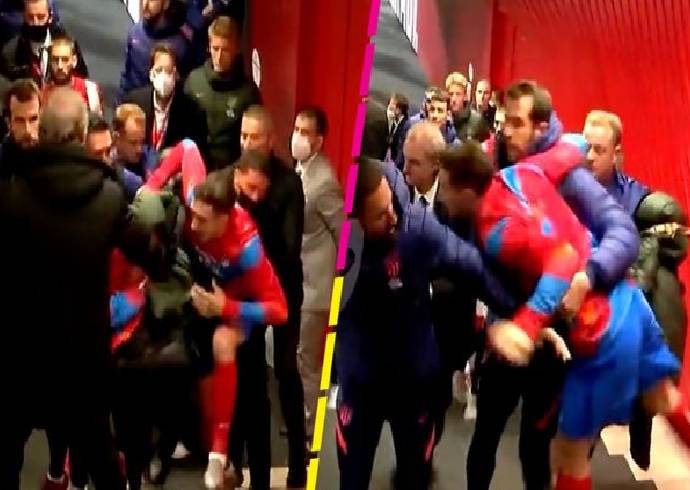 Man City beat Atletico Highlights – Atletico Madrid Gets Violent: The UEFA Champions League Quarterfinal got over with Manchester City’s ill-tempered win over Atletico Madrid. But the clash between the two continued beyond the match. City’s fiery clash with Atletico Madrid kicked off again in the tunnel. The host’s Sime Vrsaljko tried to start a fight and appeared to spit on Kyle Walker before cops stepped in. Follow InsideSport.IN for Lastest Football News.

Earlier the match ended in a draw but City graduated to the semifinals with a 1-0 aggregate win. Man City will now take on Real Madrid in 1st Leg of Semifinals on 27th April.

What happened in the tunnel after Manchester City’s match against Atletico Madrid and the players’ fight#ChampionsLeague#ATMMCI pic.twitter.com/BeuImoL7CZ 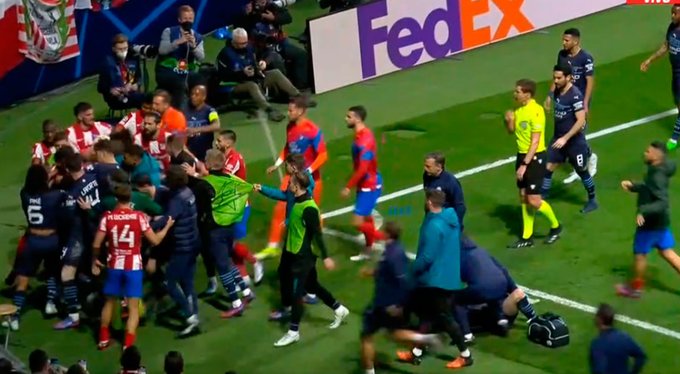 Man City beat Atletico Highlights – What happened in the match? Shocking footage then shows police charging in to break up the row before the players headed into their dressing rooms.

The Croatian was also the villain at the Etihad along with Stefan Savic – with the pair both trying to wind up Jack Grealish by pulling at his hair.

Savic pulled the same trick on Grealish towards the end of the second leg and the pair also clashed in the tunnel. 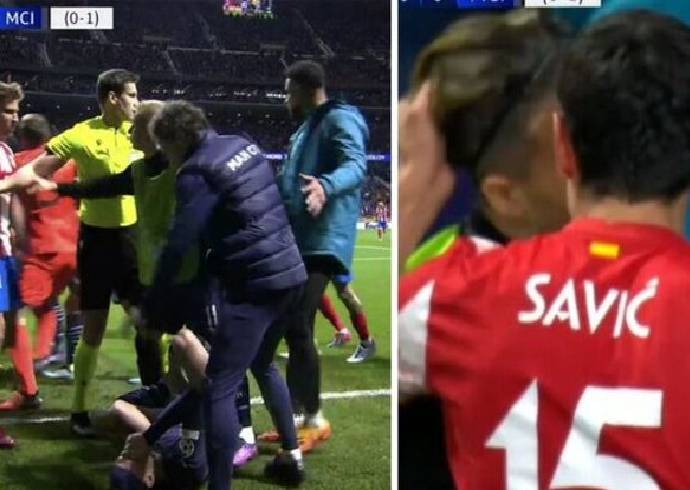 The Montenegro defender sparked a mass melee as the clock hit 90 at the Wanda Metropolitano.

He charged at Phil Foden, who was lying on the sideline after being kicked by Felipe – earning the Brazilian a red card.

Savic tried to drag Foden off the pitch as Atleti desperately searched for an equaliser.

That led to players and coaches from both sides brawling in the corner.

Savic continued his disgusting rampage by headbutting Raheem Sterling and then grabbing Grealish’s hair after the £100million man appeared to make a comment. 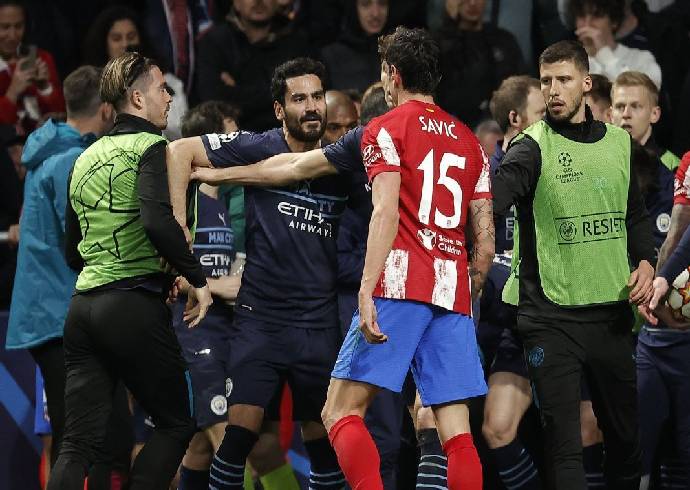 However, despite the aid of VAR, Savic somehow escaped with just a yellow card as City held on for a 0-0 draw and progressed to the Champions League semi-finals.

But he wasn’t done there and could be seen arguing with Grealish as the pair climbed the stairs in the tunnel afterwards.

BT Sport pundit Rio Ferdinand said: “Distasteful behaviour from the Atletico players, they should be embarrassed with some of the antics they have gone on with.

“You have to say, talking about football, well done to Atletico Madrid as they made Manchester City play in a way we haven’t seen for a long time, took them out of their rhythm and their stride.

“But some of the stuff towards the end was not what you want to see on a football pitch.”