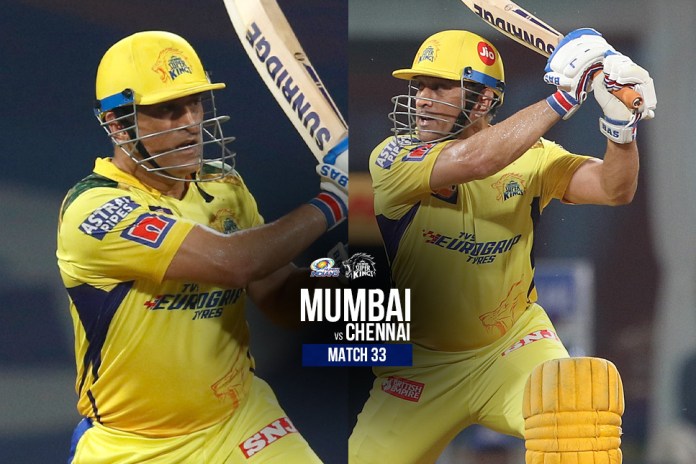 The 40-year-old’s cameo was nothing but spectacular and social media erupted as Dhoni hit the winning runs at the DY Patil Stadium.

At 40, MS Dhoni continues to be the same dominant force he was over the last decade as  the former CSK captain put on a treat for fans with some last over heroics at the DY Patil Stadium. Needing 17 in the last over and 16 off the last four balls, things looked bleak for CSK before MS Dhoni rolled up his sleeves and got the job done in one of the most brutal assaults on Jaydev Unadkat.

Dhoni relieved some of the pressure with a straight six over the bowler’s head, before a swivel pull over short fine leg reduced the equation to six from 2. A good yorker had the ex-CSK captain scrambling for two, meaning it was four or bust for the final ball. Unadkat erred in his line and Dhoni picked his spot perfectly to get CSK over the line in a nail-biting thriller.

Dhoni’s masterclass saw social media erupt with fans enjoying the good old days with an MSD special. MS Dhoni’s former teammates, commentators and IPL stars were all left in awe of the former CSK captain’s level headedness and his sheer ability to take the game deep and away from the opposition. Here’s the internet’s take on the MS Dhoni mania at DY Patil Stadium –

The most awaited match of the tournament #CSKvMI. A much needed innings by our very own @msdhoni bhai at the end, always a delight to watch! Congratulations to the whole #CSK team on another massive win 💛 #yellove pic.twitter.com/2H0GTZh3xX

Turning the clock back to good old times #Dhoni 👏

The GREATEST last over Hitter of all Time … #MSDhoni #Fact #IPL2022

As for Dhoni’s heroics, it was the Mumbai Indians who suffered agony by losing their seventh consecutive match of the season. Rohit Sharma and Co now officially have the worst start in any IPL season and are virtually out of contention for the playoffs after yet another dismal outing in the field.