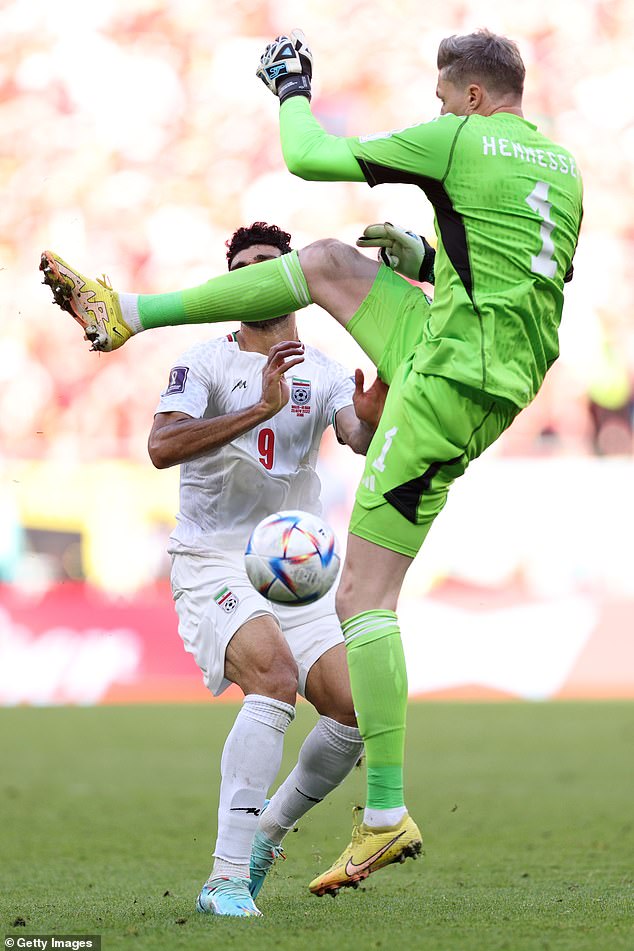 Wayne Hennessey has been sent off in Wales’ crunch clash with Iran for a horrendous kung-fu kick on his Iran opponent.

As Mehdi Taremi was running through on goal, the Welsh keeper came racing off his line to clear the ball. However, the Nottingham Forest star missed the ball completely and instead made high contact with the striker’s face.

The referee initially brandished a yellow card in the 35-year-old’s direction, before VAR advised him to take a look at the incident again on the pitchside monitor.

Upon further inspection, he overruled his original decision and sent Hennessey off, leaving Rob Page’s side down to 10 men for the remainder of the game.

The Wales boss hauled Aaron Ramsey off the pitch and replaced him with back-up stopper Danny Ward, and will be left with a selection headache for their final Group B clash against England.

There’s no point in Wayne Hennessey (Wales) arguing about the referee’s decision as it’s an obvious red card for a dangerous tackle.