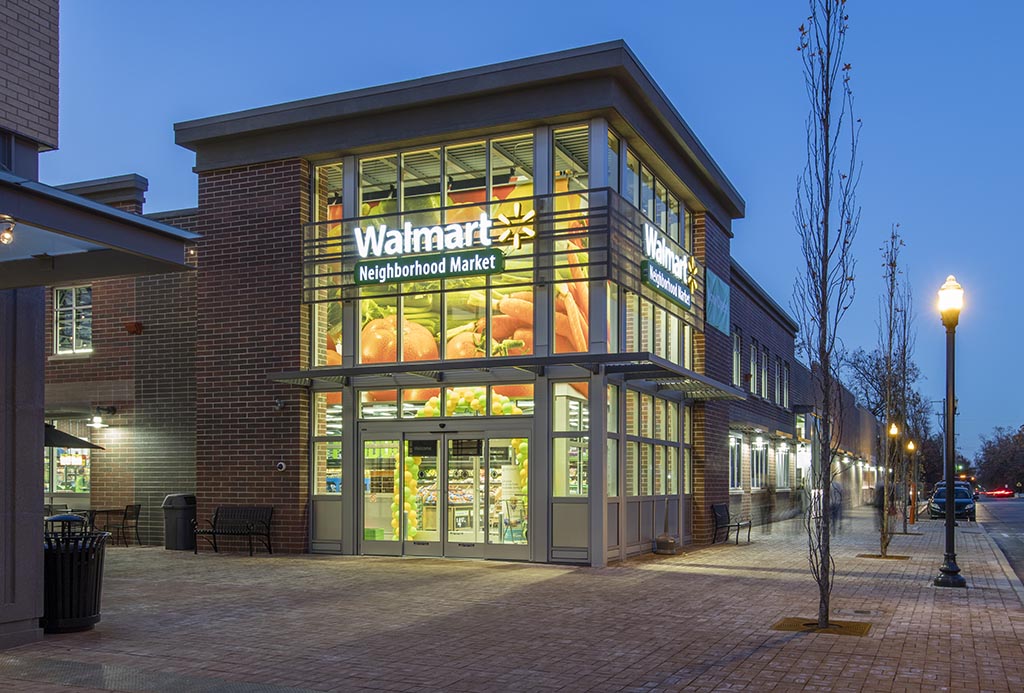 When you imagine your local Walmart store, you might think of a warehouse-like location featuring metal shelves, concrete floors, and a bit of typical big box store disorganization. However, a recent review shared on TikTok of a “wealthy” Walmart store with a polished façade and meticulous potted plant decor may cause you to envy how the other half lives, especially if you live in a low-income community. Disparities in personal experiences at retail chain stores for consumers in low-income areas compared to their outposts in affluent neighborhoods have been often described as different, according to comments shared on social media. In fact, local zoning codes can sometimes mandate uniform exterior appearances for businesses within certain areas of varying incomes, which can yield a variety of looks, from retro to upscale — a reflection of its community.

On May 3, TikTok user Sarah — who posts under the username @reallifesarah918 — shared a now-viral video of what she calls a “Material Girl” Walmart. In her review of her local store, which now has more than 1.8 million views, Sarah films a large mansion-style gated home in the Northwest Arkansas town of Rogers, setting up the scene of the retail chain’s proximity to a tony neighborhood. She then films the outside of the town’s closest Walmart Neighborhood Market location. Unlike some warehouse-style Walmart locations, the outpost that Rogers featured had a shingled roof with white-trimmed windows and a sleek façade. The location also features styled potted flowers outside.

According to 2020 Census statistics, the average income in Rogers is $65,511 per year while the average yearly income in the state overall is $49,475.

It’s important to note that this is a Walmart Neighborhood Market location, not a Walmart Supercenter. Walmart Neighborhood Market locations are dedicated supermarket stores, not general merchandise department stores like Walmart Supercenter locations, which has been described by some consumers on social media as leaning toward a less dynamic bargain shop aesthetic.

In a follow-up video, Sarah clarifies the location sells only groceries, filming the well-organized inside of the store. Though the store’s interior is well-curated, the inside does still have the industrial feel of the average Walmart store.

There are fewer Walmart Neighborhood Market locations in the U.S. compared to Supercenter locations.

In a subsequent video, Sarah toured a Walmart Supercenter about 20 minutes away from the Rogers Walmart Neighborhood Market to observe any perceived disparities in the Supercenter location. Taking follower suggestions on which aisles to film, Sarah found a Springdale, Ark., Walmart Supercenter location had clothing by name brands like Reebok, housing displays, stocked beauty aisles, a health center, and a sparse-yet-available formula selection even amid a nationwide shortage. But the perceived “wealth disparities” in this store may not be exactly how they appear either.

This location is Walmart’s noted “incubator location” — dubbed Store No. 8 — which tests displays and features potential partnerships before launching them across the country. Notably, the community the location serves is only slightly more wealthy than the average Arkansas community.

The Walmart stores highlighted are near the company’s headquarters in nearby Bentonville, Ark., which is just a 20-minute drive away. Notably, the Walmart Neighborhood Market location featured in Sarah’s viral videos is just a 10-minute drive from Walmart Headquarters. Of course, it would be strategic to have both stores well-maintained due to their proximity to corporate offices, making them highly visible to stakeholders and would be ideal locations for Walmart executives to take visiting investors.

Though some TikTok viewers were surprised by the elevated experiences portrayed in the videos compared to their personal experiences at various Walmart store formats, these two locations may not be the best examples for highlighting a consumer’s encounter with high-income versus perceived lower-income areas. According to a 2016 study featured in Business Insider, Walmart stores in low-income neighborhoods have “significantly worse customer reviews” than locations in wealthier areas.