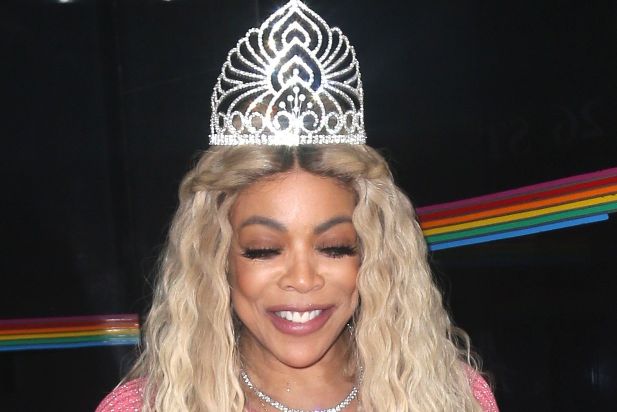 Wendy Williams has been a large part of pop culture. From her lengthy stint on the radio to her hit daytime talk show “The Wendy Williams Show,” where she spilled the tea on celebrity gossip, Williams has provided audiences with years of entertainment.

Through medical trials, tears, and laughs, the TV personality recently aired her final episode of her long-running show after a 13-season run. Fashion played a role on the program, including a “shoe cam” highlighting what her guests were wearing, and her own signature looks often embracing vibrant colors, fitted silhouettes and playful prints along with high heels. While it’s uncertain where her career takes her next, the highly opinionated and very entertaining host will remain a fashionable woman.

Here, a look at her style evolution through the years.

Williams ventured out to Madame Tussauds in New York City on May 11, 2021 to unveil her very own wax figure. The talk show host sat beside her lookalike in a rainbow maxi dress with long sleeves. With her iconic pink bedazzled microphone in hand, Williams was ready to show the world her wax statue.

On Oct. 28, 2019, the television personality attended the premiere of Apple TV+’s “The Morning Show” at David Geffen Hall in New York. The star wore baby pink trousers and a coat with a floral top. The host also wore pink sneakers to match the rest of the colors of the outfit. Williams finished the look off with a tiny pink purse.

In true Wendy Williams fashion, the star was seen exiting a car on an outing in New York City on July 17, 2019, a day before her birthday, in a large tiara. Williams wore a pink ribbed sweater dress emblazoned with her initial “W” and white sneakers.

Williams seems to favor flats when no on-camera, opting for comfort first. When the TV host arrived at the “Good Day” show in Philadelphia on Aug. 2, 2018, the star wore a summery green leopard-print dress. The star finished off the outfit with black pointed flats and her signature large sunglasses.

The star was seen at the Empire State Building on Sept. 18, 2017 in New York while promoting the ninth season of her talk show in a rust crushed pink gown. The star paired the whimsical ensemble with glittering white heels, lighting up the night with her impeccable style.

Williams promoted the latest season of her talk show on May 9, 2014 at Independence Hall in Philadelphia wearing a patriotic red, white, and blue dress. The star finished the look off with glittering peep-toe pumps by Christian Louboutin and white fishnets.

The prolific talk show host was seen on an outing in Beverly Hills, Calif., on Aug. 1, 2008, in a an outfit that aligned with 2000s style trends. Complete with capri jean shorts, large sunglasses, a black clutch and peep-toe cheetah print kitten heels.

From the 1920s to Today: High Heels Through the Decades