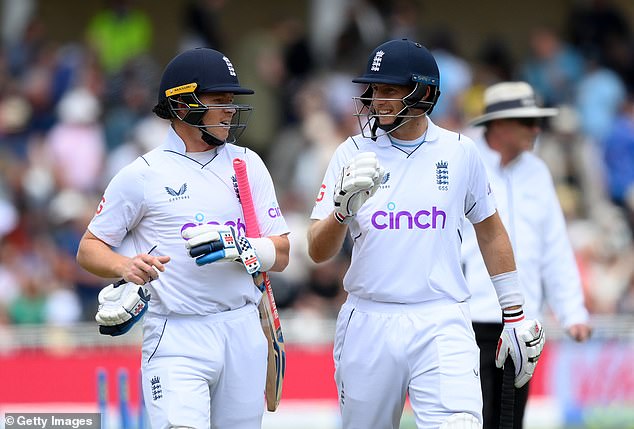 Ollie Pope hailed Joe Root as England’s ‘greatest ever’ as both men scored centuries on a run-filled third day of the second LV= Insurance Test against New Zealand.

Pope hit a career-best 145, while Root finished unbeaten on 163 – his 10th Test hundred since the start of last year – as England closed on 473 for five, just 80 behind the tourists.

‘I was just buzzing,’ said Pope, who had not made a Test century since January 2020.

‘It’s not been the easiest ride over the last year or so. Once I got over the line, it was a relief, but I was just so happy.

‘You have to take in those moments, which is something I’ve come to realise. I’ve never doubted my game’s not there for Test cricket, but I want to be performing more consistently and use this as a starting point.’

Pope added 187 at four and a half runs an over with Root, having spent time working in the nets with him on his own game.

‘You try to learn as much as you can – whether that’s him throwing balls at you for 20 minutes at the end of a session, or trying to pick his brains. 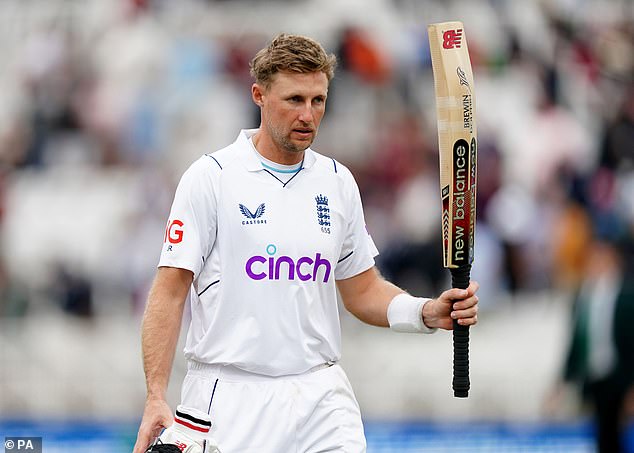 ‘The relentless nature of what he’s doing is something I can learn off. He wants success for his team-mates as much as he does for himself.’

Pope said he had learned of his new role at No 3 when Test coach Brendon McCullum phoned him while he walking his dog on a holiday in Cornwall.

‘I’ve told people it’s the first time I can see myself as a No 3 in red-ball cricket. To get the runs today certifies that in my mind, and hopefully I can use this as a massive advantage moving forward.’