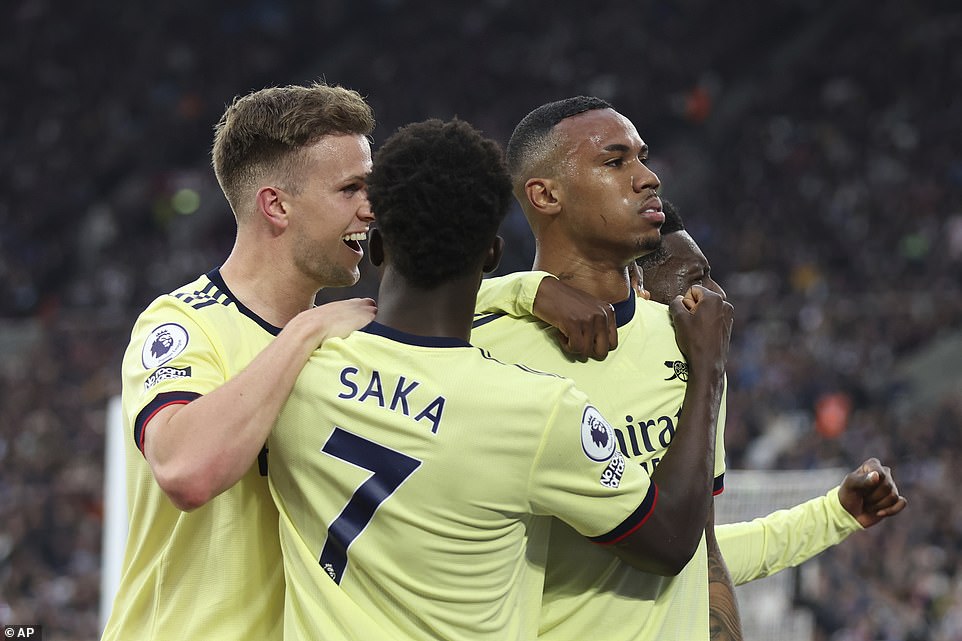 West Ham 1-2 Arsenal: Mikel Arteta’s side go back above Tottenham into fourth after a vital win at West Ham, with both central defenders Gabriel and Rob Holding on target either side of a Jarrod Bowen strike for Hammers

Gabriel scored the winner as Arsenal beat West Ham 2-1 to go back into fourth place in the Premier League.

However, Gabriel’s header proved to be decisive as Arsenal took all three points.