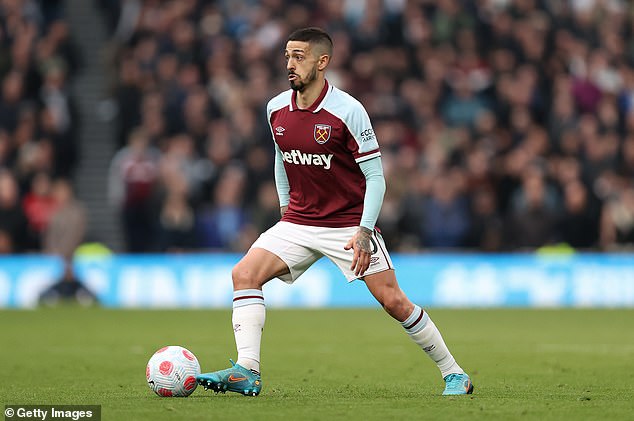 West Ham star Manuel Lanzini SURVIVES dramatic car crash on A12 involving a £70,000 Mercedes – with Argentine midfielder miraculously walking out of accident unhurt… and he is expected to play this weekend

West Ham star Manuel Lanzini has miraculously walked away unhurt after being involved in a car crash on the A12.

The 29-year-old midfielder was being driven by a chauffeur in a £70,000 Mercedes people carrier when it lost control on Wednesday afternoon after 2:30pm.

The vehicle – a V-Class Mercedes with a West Ham number plate –  landed on its side leaving many onlookers fearing for the worst.

But a club spokesperson confirmed to Sportsmail the Argentina international then emerged from the crash unhurt as firefighters and police raced to the scene, and confirmed Lanzini did not sustain any injuries.

Lanzini was checked for any injuries at the scene of the accident and again at his original destination, West Ham’s Rush Green complex in east London, where he was due for training.

The player was being driven back to the training ground after returning to the UK after being called up to the Argentina squad for World Cup qualifiers against Venezuela and Ecuador. 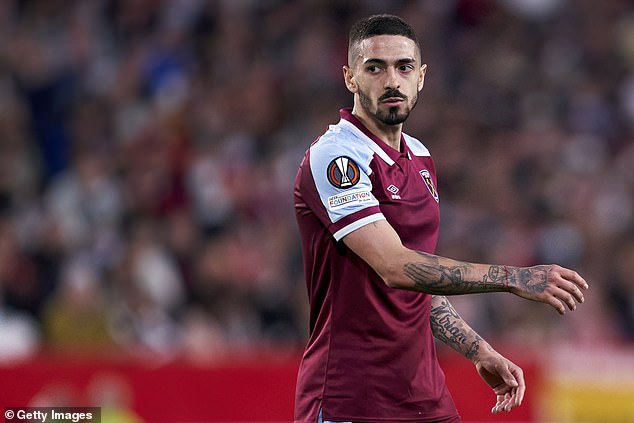 Lanzini – who did not feature for his country in their latest round of international fixtures – however was not rushed to hospital despite claims he was hospitalised.

The Hammers star is therefore expected to be available to David Moyes ahead of Sunday’s Premier League clash against Everton..

The club are also preparing for their all-important Europa League clash quarter-final first-leg against Lyon next week, a game which Lanzini will miss through suspension.

Speaking about the accident involving Lanzini – whose partner Jennifer Reina gave birth to their child in January – a source told The Sun: ‘It’s a miracle he’s alive, from what I’ve heard.

‘This was an incredibly near miss and could have killed Lanzini and the driver. 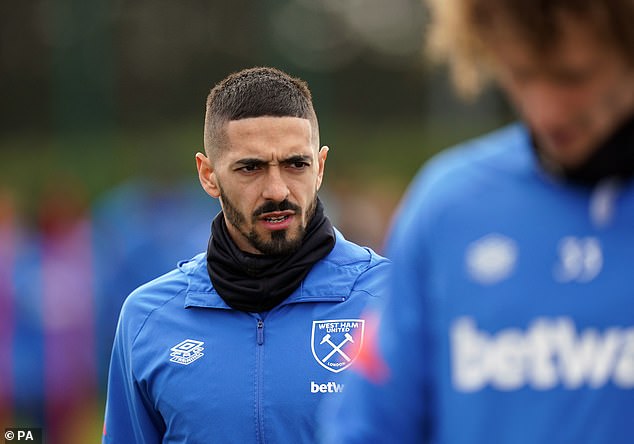 ‘It’s common for West Ham players to use a chauffeur service – especially for those who live in town. They were on a dual carriageway so it could have caused complete carnage.

‘Just goes to show, it doesn’t matter how much cash you have – we’re all just as vulnerable to a smash like this.’

Lanzini – who joined West Ham on loan from Al Jazira Club in 2015-16 before making the move permanent – has made 193 appearances for the east London side, scoring 28 goals.

He has also played for his country five times, with his last appearance for the Albicelestes coming in 2019.

His only goal for Argentina came in a 2-0 win in a friendly against Italy at Manchester City’s Etihad Stadium in March 2018.