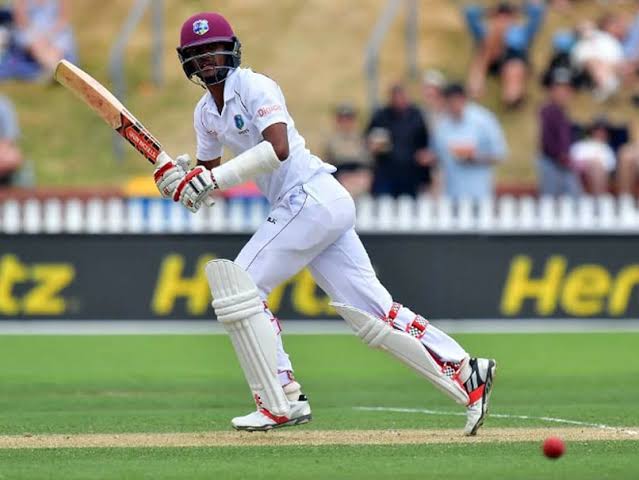 WI vs ENG Day 2 Highlights: West Indies 202/4 – Chasing a total of 311 set by England in the first innings, West Indies openers Kraigg Brathwaite and John Campbell were off to a steady start. Follow Insidesport.IN for all West Indies vs England LIVE Updates.

Craig Overton dismissed Campbell as the West Indies man was caught on the leg-side. Six overs later, skipper Kraigg Brathwaite perished after bringing up his half-century, as West Indies crossed the 100-run mark. Later on, Jermaine Blackwood and Shamarh Brooks were dismissed but Braithwaite’s fifty and Jason Holder’s knock helped West Indies score 202/4 as they trail by 109 runs.

A fine effort through a truncated session from Nkrumah Bonner and Jason Holder, their unbroken 75-run partnership swinging the Test back towards an even keel after West Indies had threatened to fritter away their good start. The pitch wasn’t offering much to either side, but while England did get the ball reversing for a period, they were unable to add to the four poles plucked out during the afternoon. After two days of fluctuating fortunes, this is shaping up to be a decent contest

Beaten on the inside, slamming into the thigh pad before being caught at gully. There’s a concerted appeal from England, Joel Wilson shakes his head… but Root quickly reviews, England convinced there was some bat on this. If so, it’s a tiny scrape, invisible to the naked eye. But UltraEdge agrees and West Indies lose their fourth wicket.

Kraigg Brathwaite perishes after a solid fifty. The West Indies skipper plays an easily avoidable shot as he tries playing a wide delivery over the fielders but instead gives an easy catch to Overton.

Banged in short, down the leg side, Campbell swipes into another pull, and gloves it down the leg-side. Overton bends his back a touch more on that ball, and West Indies’ flying start comes to an end.

And we are back after lunch as Jack Leach continues with the new ball. Kraigg Brathwaite and John Campbell looks well settled and are eyeing a big innings.