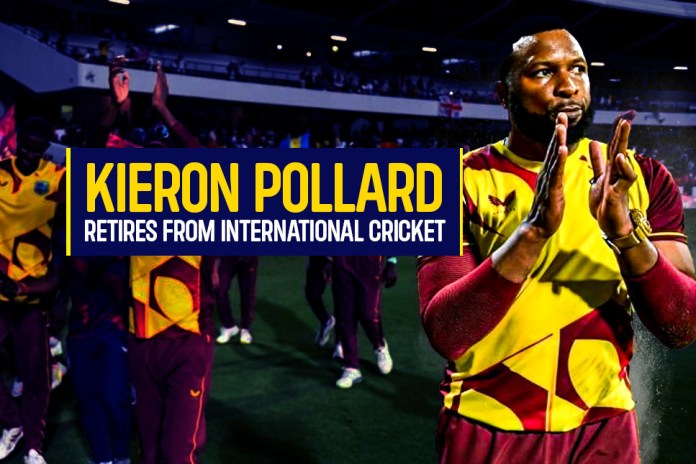 This news comes as a surprise for many, since Pollard was the current ODI and T20I captain of the West Indies side. With the 2022 ICC T20 World Cup being just around the corner, many expected Pollard to remain the leader until the end of this competition, but ‘Polly’ has opted to vacate his seat.

In the video uploaded on Instagram, the 34-year-old all-rounder said “After careful deliberation I’ve today decided to retire from international cricket. As is the case of many young persons it was a dream of mine to represent the West Indies team from the time I was a boy of 10 years and I’m proud to have represented West Indies cricket for over 15 yeas in both the T20 and ODI forms of the game.”

“I can still vividly remember making my international debut in 2007 under the leadership of my childhood hero, Brian Lara. Wearing those maroon colours and playing alongside such greats has been a privilege that I never took lightly, soul in every facet of the game – whether bowling, batting or fielding,” he further added.