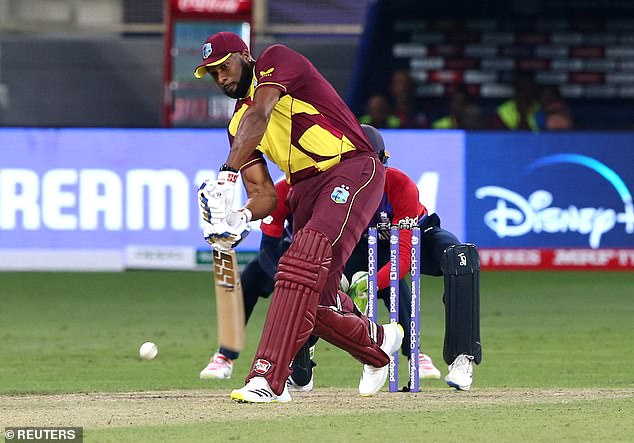 Kieron Pollard announced his retirement from international cricket on Wednesday, meaning West Indies will be under a new captain at this year’s Twenty20 World Cup.

Pollard, 34, has led the Windies in limited-overs internationals since 2019 but has called time on a 15-year career at the top that saw him develop into one of the most potent Twenty20 match winners.

Indeed, he was the £125,000 top pick by London Spirit at the recent Hundred draft and this decision will improve his availability as the tournament is scheduled to clash with West Indies matches. 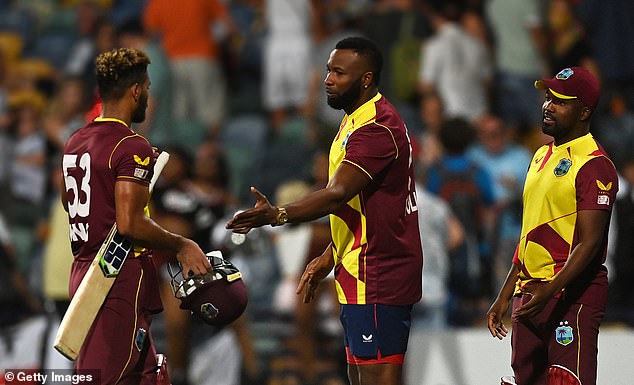 Pollard is third most prolific run getter behind former international team-mate Chris Gayle and Shoaib Malik, of Pakistan, in Twenty20 cricket, and only 10 bowlers have claimed more than his 305 wickets in the format.

Last year, he crashed Sri Lanka spinner Akila Dananjaya for six sixes in an over, becoming only the third batter behind Yuvraj Singh and Herschelle Gibbs to do so in an international.

But in recent times he has struggled to replicate such individual highs or the team one of 2012 when West Indies were crowned world champions, presiding over a disappointing World Cup campaign in the UAE last autumn and struggling for fluency with the bat in the 3-2 win over England in January. 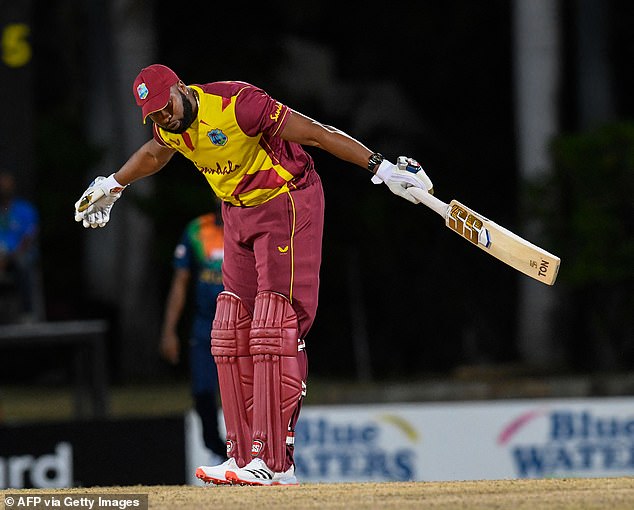 ‘As is the case of many young persons it was a dream of mine to represent the West Indies team from the time I was a boy of 10 years and I’m proud to have represented West Indies cricket for over 15 yeas in both the T20 and ODI forms of the game,’ Pollard said in a statement.

‘Wearing those maroon colours and playing alongside such greats has been a privilege that I never took lightly, soul in every facet of the game – whether bowling, batting or fielding.

‘As I move on and make room for those who will carry the game forward in West Indian colours, know that I will always be supporting in whatever way I can.’