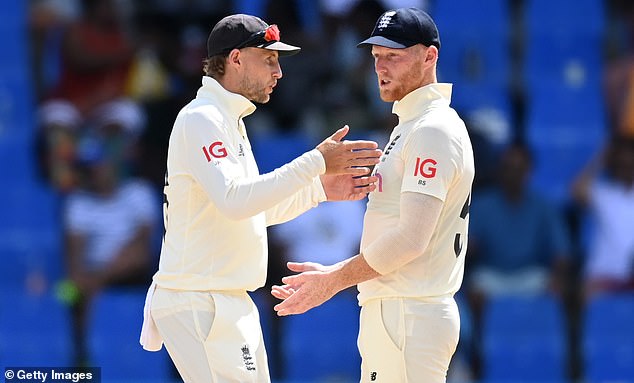 NASSER HUSSAIN: It was good to see Joe Root use his resources better than in Australia… Ben Stokes’ body will need a break if he is to be a match-winning all-rounder, while Jack Leach must seize his chance to show what he’s all about

By Nasser Hussain For The Daily Mail

Joe Root is under a bit of pressure as a captain in this series, especially after the decision to leave both Jimmy Anderson and Stuart Broad at home. So it was good to see him use his resources a bit better than he did in Australia.

Let’s start with Ben Stokes, whose use as an enforcer during the Ashes made no sense at all — and contributed to the injury that meant he finished the series as a specialist batter.

Clearly, he’s going to bowl the odd short ball, because that’s the kind of bowler he is. Stokes is never going to be line and length, or begin with five maidens, as West Indies’ Jason Holder did on the first day of this first Test in Antigua. 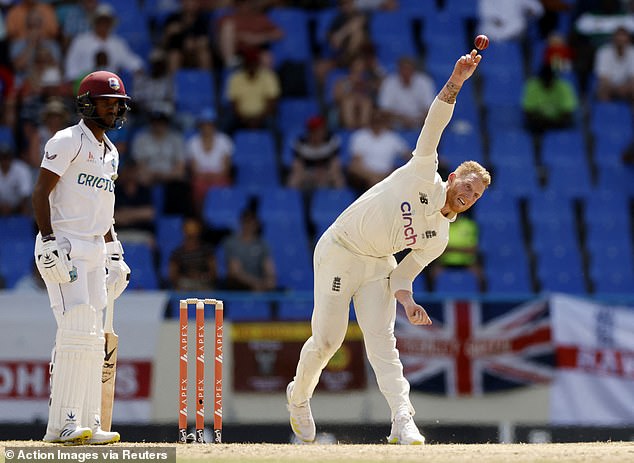 England all-rounder Stokes is never going to be line and length, or begin with five maidens

But we saw in the last Test against Australia at Hobart how much more adept Mark Wood was at the enforcer’s job. And if England are going to prolong Stokes’ role as a match-winning all-rounder, they are going to have to give his body a break from time to time. If not, he will just keep collapsing in a heap.

The wicket of Shamarh Brooks on the second day of this first Test was a reminder that Stokes poses problems when he uses the angle of the crease. Courtney Walsh used to be a master at it, as I often discovered to my cost.

He’d go wide of the crease, and you’d end up playing at deliveries you should have left alone because you were convinced they were heading for the stumps.

It was precisely that kind of ball that did for Brooks, who was drawn into poking at it and ended up providing a simple slip catch for Root. 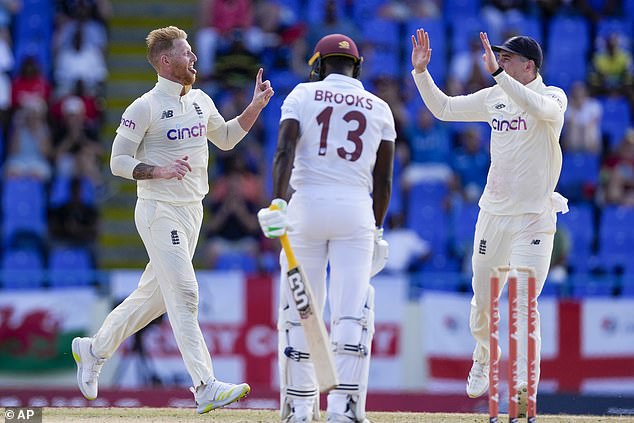 Then there’s Jack Leach, who needs to be handled better by his captain than he was Down Under but also needs to realise that this tour is a great chance for him to show what he can do.

Obviously, things went badly for him in Australia, and it all started at Brisbane, where Leach was thrown in on a greentop after not playing a Test all summer, and then given overly attacking fields by Root. David Warner and Marnus Labuschagne needed no second invitation and battered him all over the Gabba.

To make matters worse, Leach was then dropped at Adelaide, where his spin might have been useful — and even Ollie Robinson ended bowling a few off-breaks.

Sides will have seen what Australia did to Leach and they will go after him — as Kraigg Brathwaite did when he hit him for a straight six during his lively half-century. 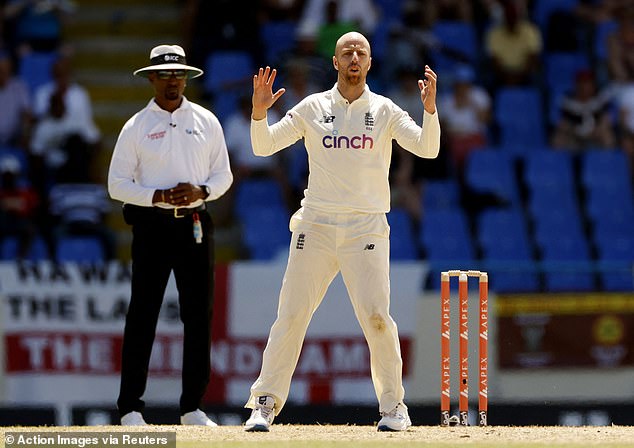 What Leach needs to be for England in this series is two different types of bowler. He needs to bowl defensively in the first innings when the pitch isn’t providing much assistance, and then work out when to switch to attacking mode once it begins to deteriorate. And surfaces in the Caribbean do have that tendency.

Everyone will need to be tuned in to that moment — not just Root, but Leach as well. He’s bowled on turning tracks at Taunton for Somerset, and he’s an experienced spinner, with nearly 350 first-class wickets to his name.

England haven’t been great in recent times at knowing when to use spin. At the Oval against India, Root was reluctant to use Moeen Ali because he was going for runs, and ended up bowling Chris Woakes and Anderson into the ground. 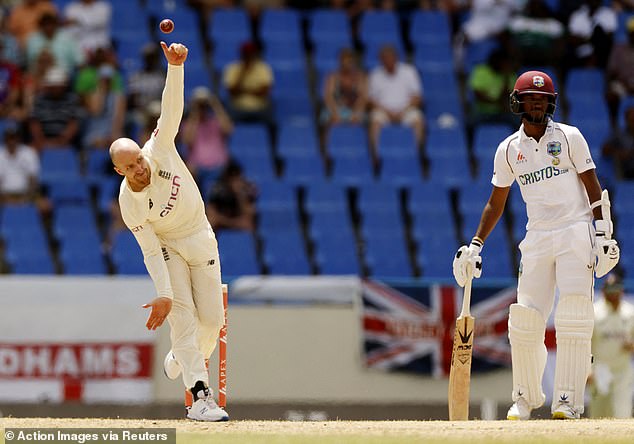 But a strong spinner has to be able to point out to his captain that, when there’s something in the pitch, your economy-rate — within reason — shouldn’t matter. The fact is, you’re a potential wicket-taker, and therefore a potential match-winner.

Leach has to be able to tell Root when he wants men round the bat — and be prepared to go for a few boundaries here and there.

It’s going to be a fascinating series for Leach and possibly the leg-spinner Matt Parkinson, if he gets a game. And it could go some way to determining how big a role Leach plays for England in the next few years.