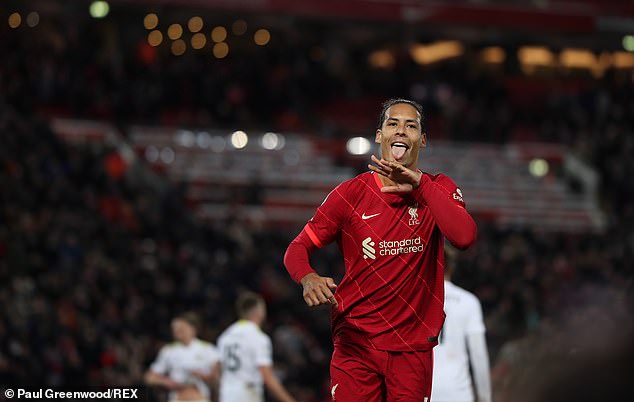 As if the sight of Manchester United in the bottom two of the Premier League isn’t shocking enough, Liverpool languishing in the lower half of the table after two games has come as another big surprise.

It has been a poor start to the season for United and Liverpool as they prepare to go head-to-head at Old Trafford tonight, but the comparisons end there.

The last decade has seen Liverpool surge ahead of their big rivals on and off the pitch as United’s era of domination came to an end.

Sportsmail looks at the gulf that has opened up between English football’s most successful clubs.

United were spoilt under Sir Alex Ferguson but no one could have predicted the drop-off after the Scot stood down almost a decade ago. Ferguson’s final season brought United’s last Premier League title in 2013. They have only won the FA Cup (2016), League Cup and Europa League (both 2017) since then.

Liverpool, by contrast, have gone from strength to strength since Jurgen Klopp took over in 2015.

The German clinched the club’s first title in 30 years and has reached the Champions League final three times, lifting the European Cup for a sixth time (2019). Liverpool have also won the FA Cup, League Cup (both 2022) and European Super Cup (2019).

The yawning gap between the two teams was brutally exposed last season when Liverpool won 9-0 on aggregate across their Premier League meetings. 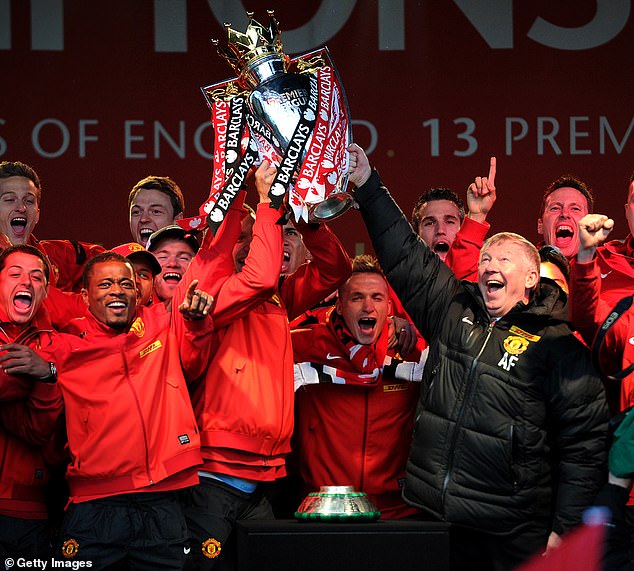 Tonight’s game at Old Trafford will see more anti-Glazer protests, 15 months after the same fixture was postponed following demonstrations against United’s owners when fans broke into the stadium.

The latest protests will be fuelled by talk of a takeover after it emerged that the Glazers are in negotiations with US private equity firm Apollo over selling a minority stake in United.

Liverpool had their own reviled US owners in Tom Hicks and George Gillett, whose 2007 takeover turned sour before they were forced to sell to Fenway Sports Group for £300m three years later. FSG have been at the forefront of Liverpool’s revival while the Glazers have continued to be figures of hate at United.

Brendan Rodgers was brought in and went agonisingly close to winning the title in 2014 before Liverpool made the inspired decision to appoint Klopp a year later. The charismatic German has proved a natural fit during his seven years in charge at Anfield.

The muddled thinking has been reflected in performances on the pitch. 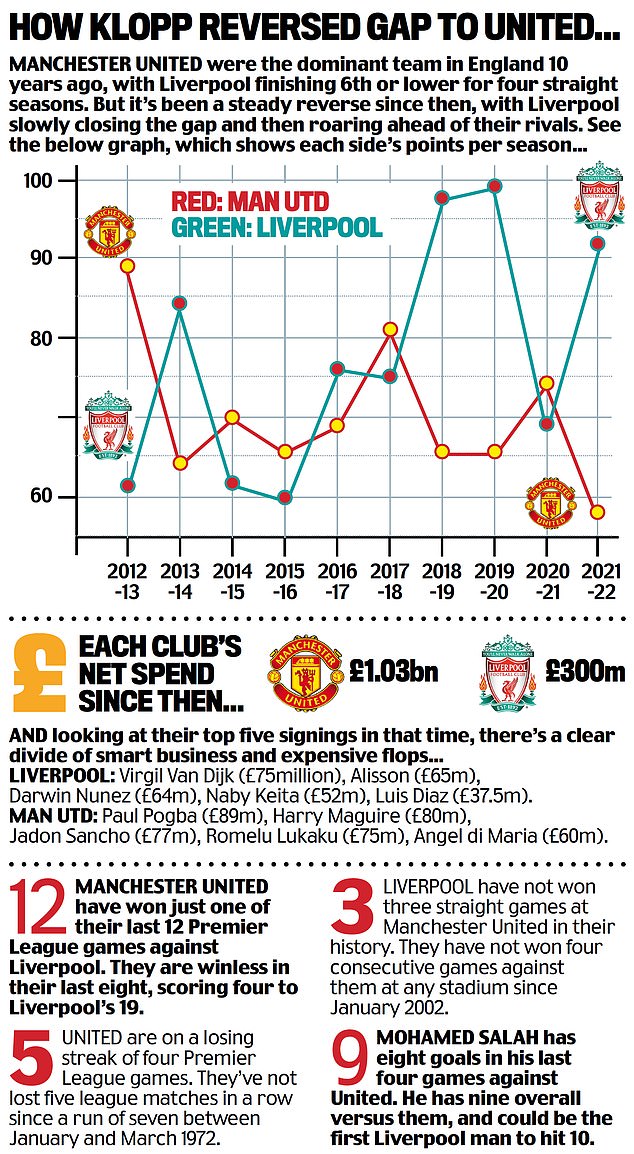 While Liverpool have bought astutely, notably signing Virgil van Dijk and Alisson in the summer of 2018 to address the key issues in their team, United have stumbled through the transfer market since Ferguson and chief executive David Gill retired.

This transfer window is a case in point as United have scrambled increasingly desperately for reinforcements in every department amid ongoing uncertainty over the future of Cristiano Ronaldo.

Liverpool, on the other hand, got their business done early by completing a club-record £85million deal for striker Darwin Nunez, as well as bringing in two relatively modest signings in Fabio Carvalho and Calvin Ramsay.

Although buying Nunez took Liverpool’s gross spend over the last decade beyond the £1billion mark, the club’s recruitment policy — led by former sporting director Michael Edwards — means they have recouped close to £730m of that. 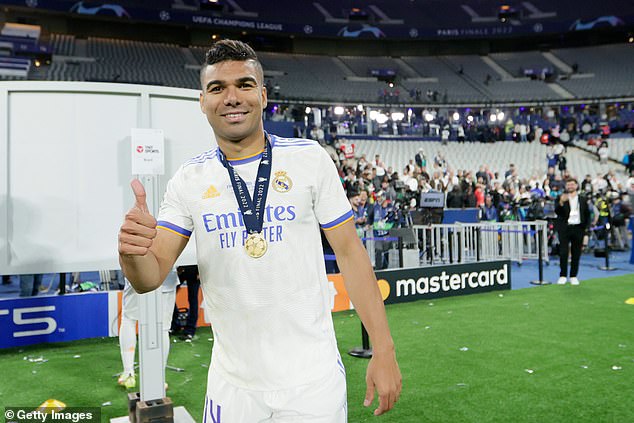 Meanwhile, United have ‘burned through cash’ in that time, according to their chief executive Richard Arnold. Casemiro’s £70m move from Real Madrid means United have splashed a total of £1.45billion, and could spend even more before the window closes at the start of next month.

As Liverpool continue to upgrade Anfield to an impressive standard with the rebuilding of the Anfield Road Stand, Old Trafford has been allowed to fall into decay under the Glazers.

Plans to redevelop, or even rebuild, the 74,000-capacity venue are being considered but it may be several years before work begins.

‘I used to laugh when I went to Anfield and compared it to Old Trafford,’ former United defender and Sky Sports pundit Gary Neville said last week.

‘I’d always think, “They can never catch up, they’re too far behind”. But Anfield will be a more modern ground than Old Trafford in 12 months — that’s unforgivable.’