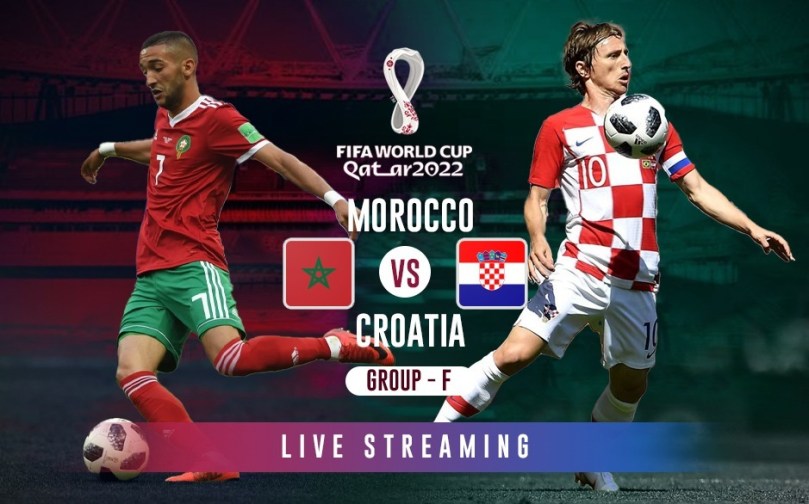 Morocco vs Croatia LIVE Streaming: FIFA World Cup: The runner-ups of the last FIFA World Cup in 2018, Croatia will be kicking off…

Morocco vs Croatia LIVE Streaming: FIFA World Cup: The runner-ups of the last FIFA World Cup in 2018, Croatia will be kicking off their World Cup campaign against Morocco in Group F. This game will be played at Al Rayyan Stadium. A win to kickstart things will be on the mind of both teams but anything apart from a Croatia victory would come as a surprise to everybody. Follow FIFA WC LIVE Streaming on JioCinema and InsideSport.IN .

Croatia is one of the lucky teams in this World Cup as they have no injury concerns about their star players. Led by Luka Modric, they are looking like a tough unit to crack. They have quality through their ranks but their strength lies in their midfield trio of Modric-Kovacic-Brozovic. If these three get up to their usual business, then the opposition will have quite a lot to worry about.

The RB Leipzig defender, Josko Gvardiol, who has been highly rated will have a key role in the heart of the defense too. He has been in good form in Germany and will look to continue the same. Ivan Perisic will be a threat on the left flank and will need to be contained by Morocco.

This is #Croatia.
This is the #FIFAWorldCup.
We believe. #Family ❤️‍🔥 #Vatreni pic.twitter.com/2O9o6veOCk

The Moroccan team is filled with talent too throughout the pitch. Hakim Ziyech’s return to the national team is a big boost for them. Their fullback duo of Achraf Hakimi and Noussair Mazraoui is a world-class pairing and their offensive and defensive work rate will be a big boost for the African country. Amine Harit was supposed to make up Morocco’s attack but he suffered a horrendous injury with Olympique de Marseille and he will be out for the rest of this season. Harit was replaced by Burnley’s Anass Zaroury.

When will Morocco vs Croatia match take place?

Morocco vs Croatia will take place at 3:30 PM IST.

Where will Morocco vs Croatia LIVE Broadcast Take place?

Morocco vs Croatia LIVE Broadcast will be done at Sports18 Networks.

Where will Morocco vs Croatia LIVE Streaming Take place?