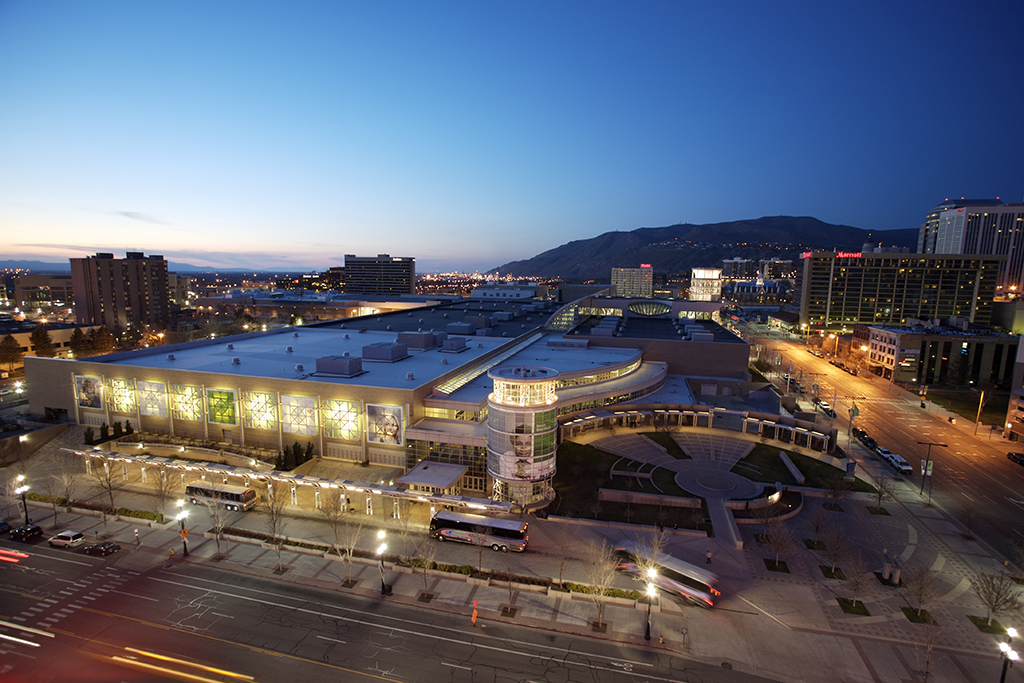 At a time when outdoor participation is booming and companies in the space are reaping the benefits, the industry is perhaps at one of its most fractured points. And its biggest trade show, Outdoor Retailer, has found itself at the center of the divide.

In March, OR announced it would once again call Salt Lake City home, five years after it departed from Utah in the name of public lands protection. (In December 2017, then-President Donald Trump reduced the size of Bears Ears national monument by 85%, also cutting Grand Staircase-Escalante in half.)

President Joe Biden has since restored environmental protections to both Bears Ears and Grand Staircase-Escalante. However, current Utah Gov. Spencer Cox has fought Biden’s action, including threatening to sue the administration in April 2021 — even while attempting to lure OR back to SLC as the trade show’s contract with Denver was coming to a close.

As OR looked for and found its new home, leading outdoor voices — most notably The Conservation Alliance and the Outdoor Industry Association — released letters denouncing a return to Utah.

But even within OIA, there is disagreement about the best way forward. “We have 800 members, and they’re not all on the same page, but our largest iconic brands are absolutely opposed,” said Lise Aangeenbrug, OIA executive director. “At the same time, we have a lot of smaller companies that preferred Salt Lake City. They viewed it as a cheaper venue. We’re still not sure how much this is going to divide the industry.”

Perhaps the loudest voice opposing the move has been The Conservation Alliance, whose statement was backed by more than 30 top outdoor companies.

“The unified opposition to the attacks on our national monuments by the Trump administration in 2017 proved to be a galvanizing moment that led to the show moving out of SLC and sparked many important conversations about what this industry should stand for,” the organization said in an email to FN. “Now the move back, while Utah’s elected officials continue their attacks on national monuments, demonstrates a lack of understanding of the priorities of many leaders in the industry.”

Some have pointed to the fact that many of the companies attached to the letter — including REI Co-op, The North Face, Timberland and La Sportiva — continue to do business in Utah, despite the public lands stance of Gov. Cox.

All of these players declined to comment for this story, but Vibram (which supported the letter) sees it as two distinct issues.

“Even though we stand our ground about OR returning to Salt Lake City, we still have a responsibility toward our consumers who are there,” said Fabrizio Gamberini, Vibram global chief brand officer and president.

Aangeenbrug added, “Those brands view it as two different things: selling products directly to a consumer versus engaging in a decision that is influenced by a political issue.” Gamberini asserts that OR should have given industry players more of a voice in the decision.

“We don’t feel OR has listened to the brands. We stand with our partners at The Conservation Alliance, as well as with our outdoor industry colleagues, that our industry’s largest trade show should not have decided to move to Utah in a time when its public officials are not prioritizing the protection and conservation of public lands and national monuments,” he said.

In an effort to appease the industry, OR and Visit Salt Lake — a nonprofit that promotes the area as a convention and tourist destination — have said they aim to solicit more feedback going forward.

“We’re working closely with state and local officials through Visit Salt Lake to create a group where we can have participation from our exhibiting members and retailers,” OR SVP and show director Marisa Nicholson said. “We need to work together on making sure we’re providing access and working together with the different organizations that continue to work hard around these important issues.”

What’s more, the new group — dubbed Business With Purpose — will help spotlight what the state has done for outdoor recreation.

“Over many months, it became very apparent that the outdoor industry wasn’t aware of the numerous positive public lands projects that are happening in Salt Lake County and across Utah. We recognize the need to be better storytellers,” said Kaitlin Eskelson, president and CEO of Visit Salt Lake. “To that end, we are convening local elected officials and stakeholders quarterly to collaborate around initiatives, including monetarily supporting local nonprofits, adding value through voluntourism activities and taking press, retailers and local stakeholders to see public lands initiatives first-hand.”

In January, Visit Salt Lake and both state and local officials met with OR to discuss the public lands and sustainability efforts in Utah. Business With Purpose was formed shortly after and its inaugural meeting was held in May, which included OR, Visit Salt Lake and staff representatives from the elected officials.

The Business With Purpose website landing page is expected to be live this week, and the plan is to provide updates from the working group meetings — which will happen quarterly.

Despite the new initiative, some are skeptical of its overall impact. “[Show parent] Emerald has not been a driver in the policy space,” Aangeenbrug said. “It’s one thing to say you’re going to facilitate conversations, and that’s great, but what we don’t know is how effective that can be when it’s not clear that all the parties want to come to the table.”

Others are still unclear on the group’s purpose and the intentions of some of its potential members.

The Conservation Alliance said, “Emerald and Outdoor Retailer have stated that moving the show back to Utah will give them a seat at the table, yet Gov. Cox has also made it clear that his position on monuments will not be influenced by the industry. We’ve been briefed on the Business With Purpose committee concept, but are not yet clear what the priorities or potential impact of that group will be.”

For Tracy Mayer, owner of the Backcountry North specialty stores in Traverse City, Mich., and a board member of Grassroots Outdoor Alliance, the root of the issue lies in the trade show trying to figure out its identity.

“Outdoor Retailer itself is a for-profit trade show company. I don’t think it is set up as a policy-changing environment. It is where outdoor people come to meet,” Mayer said. “I certainly understand policy-driving, but we’ve already seen that wherever they put the trade show does not necessarily affect the politics of the city or the state.”

WHAT THE FUTURE HOLDS

The controversial return to Salt Lake City comes at a time when the future of trade shows, not just OR, is uncertain.

“We have to step back and ask ourselves, what is the role of trade shows in this post-COVID world?” said Matt Powell, VP and senior sports industry adviser with The NPD Group. “We’ve learned how to do business in other ways. I have not heard of a single brand or retailer that went out of business because they didn’t attend OR, and a lot of companies figured out they could save a bunch of money by not going.”

Lowa GM Peter Sachs — an OR mainstay who will exhibit in both June in Denver and January 2023 in Salt Lake City — agreed that financial considerations are key.

“People like myself are sitting here saying, ‘How do I see my customers for a little less money?’ OR is an expensive venture,” Sachs said. “How do we become more efficient?”

OR’s two in-person shows during peak COVID were drastically diminished by the pandemic. However, now that businesses are learning to navigate amid the presence of COVID, Nicholson said more than 550 exhibiting brands will be in attendance for OR Summer this month, and 20% of its exhibitors in June are new to the show.

Despite this, Amy Beck, president of Oboz, believes OR should be more focused on the efforts of the collective industry rather than product. “What people are craving is a place to come together and celebrate relationships, celebrate public lands, celebrate getting more people outside and solving the challenges we face today,” she said. “Part of the reason OR was successful was that everyone got to communicate around issues and solve them as an industry together.”

The executive said writing orders at OR has become secondary for Oboz, which is doing more business now at regional shows. “They’re affordable, they allow the space for one-on-one conversations, there’s the timing, the efficiency, the set up. It’s a very cost-effective way to do a similar thing,” Beck said.

Indeed, OR is facing more competition from smaller shows around the country. For instance, specialty run-focused The Running Event announced last month that it will launch Switchback at TRE, an area dedicated to outdoor market conference sessions and networking. Switchback will debut at its upcoming show, scheduled for Nov. 29 to Dec. 1 in Austin, Texas, one month before OR.

And Grassroots Connect, an invitation-only trade show billed as both cost-effective and efficient, will take place in Knoxville, Tenn., from June 6-9, the same week as OR Summer.

Despite the headwinds and uncertainties, some believe OR is still a necessity. “It’s a large format and it introduces new brands to the world, and innovation. I find it very useful for that,” Mayer said. “And if you’re a new retailer trying to get into the business, it is certainly a very good place to start.”

Although Aangeenbrug agrees, the OIA leader believes the biannual event needs to undergo significant changes. “The big question for us is can OR revitalize, refresh or change the show enough that it brings the industry back together,” she said.

Beck, meanwhile, said she believes OR may have already lost its way — and that if there isn’t a major overhaul and increased communication, there is no longer a need for it. “This has been a topic for a decade, well before COVID and this public lands conversation, around the need for an evolving national trade show,” she said.

For Nicholson, the future of OR will be fueled by adapting to what the outdoor industry requires to advance, which includes the announcement at this summer’s show of a new event that will allow attendees “to engage with enthusiasts and consumers in the space.”

“We will continue to evolve based on the needs of the industry,” Nicholson said.