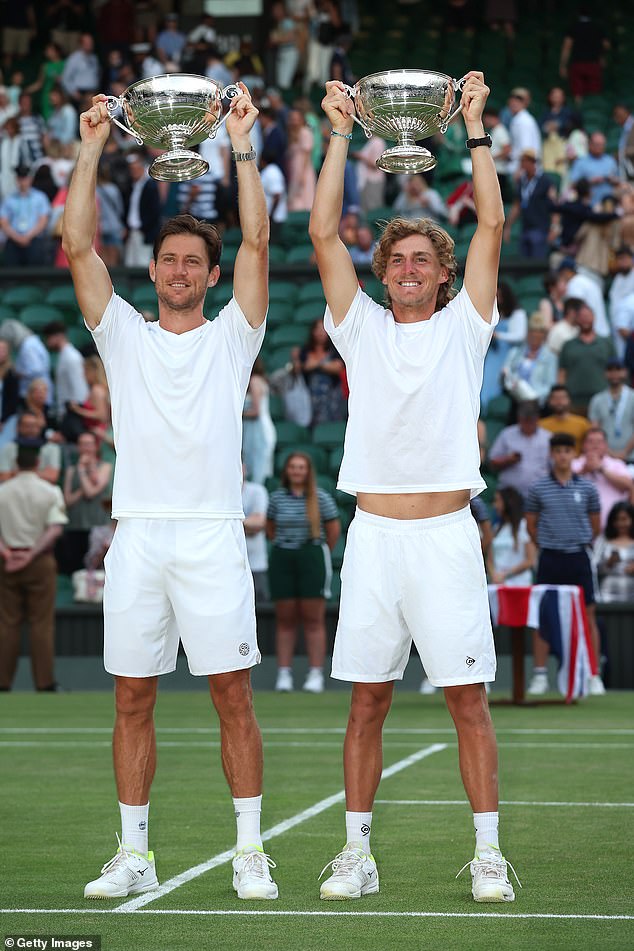 Wimbledon champs Matthew Ebden and Max Purcell will hold the All England doubles defending crown for the next year – but a cheeky bet between the two will see Ebden donning a classic mullet for the next six months.

For Ebden, he will remember his share of the $662,000 win for more than a pay check after losing a bet in the very best fashion to partner Max Purcell.

The duo told Channel 9 about the little bet, which means Ebden must now rock flowing locks on the back of his head up until the 2023 Australian Open next January.

‘We were just talking about it, a few months ago we put on Instagram a vote out ‘should Matty grow a mullet’,’ Ebden said.

‘After that I made a private little bet with him and I said ‘you know what, if we win Wimbledon I’ll grow a mullet until the Aussie Open.

She (Ebden’s wife) said ‘don’t tell Max’. I was thinking should I go to the hairdresser quickly and get a trim now to get a short one in because it’s already getting long,’ laughed Ebden. 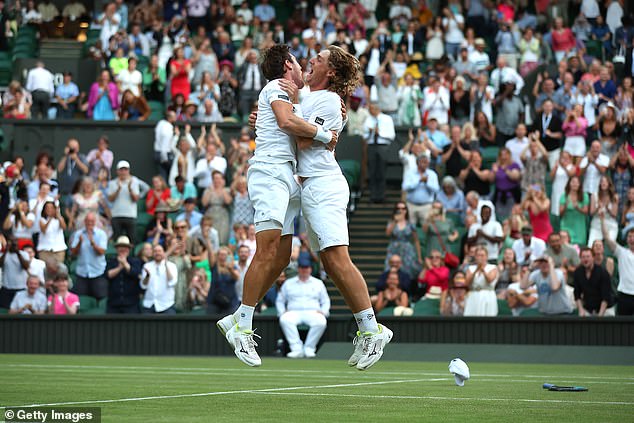 The 24 and 34-year-old overcame eight match points throughout the duration of their campaign and are the first Aussie pair to take out Wimbledon since Todd Woodbridge and Mark Woodforde in 2000.

Now, Ebden must start growing a six-month old mullet on the back of his head like his partner Purcell, joining the company of fellow Aussie stars like golfer Cameron Smith and sprinter Rohan Browning.

The mullet made it’s way back into men’s style during the COVID lockdown and has become a symbol of fortune. 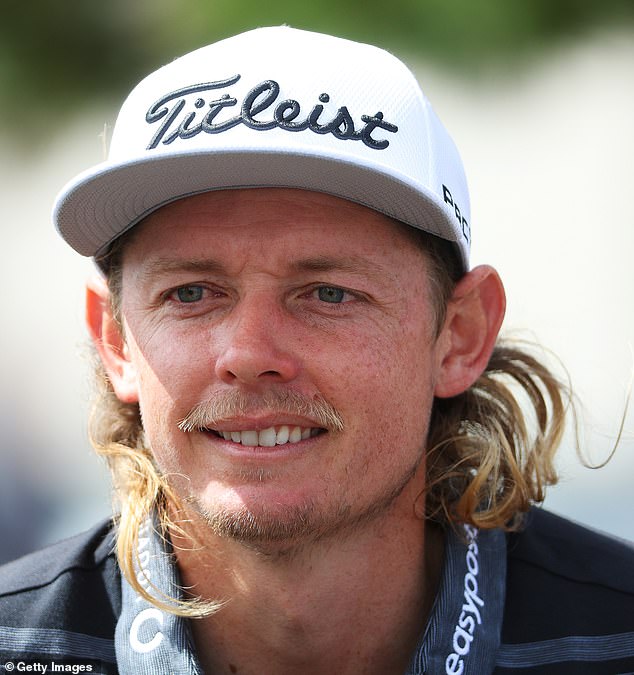 2022 Players champion Cameron Smith credited his long blonde locks as his good luck charm and has won many PGA tour events since the inception in early 2021.

The South African born Australian reached a career best world no.39 singles rank in 2018 and has collected near $4million in prize money since starting his journey in 2006. 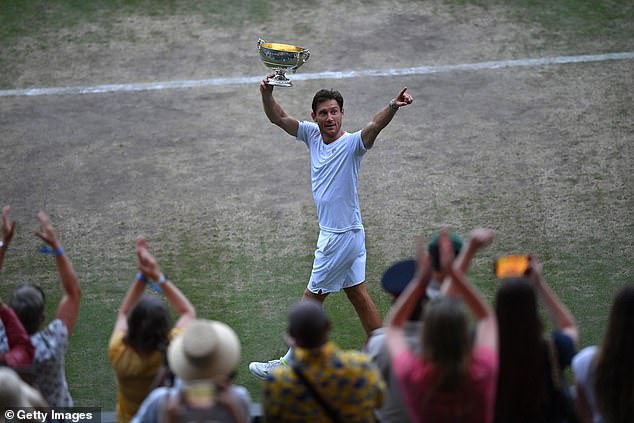 Purcell and Ebden will look to do one better at next seasons Australian Open, losing in the final to fellow Aussie wildfires Nick Kyrgios and Thanasi Kokkinakis this year.

The tennis veteran posted the grand slam winning moment to Instagram with the caption: ‘I CANT BELIEVE IT!!! WE’VE WON @WIMBLEDON’.