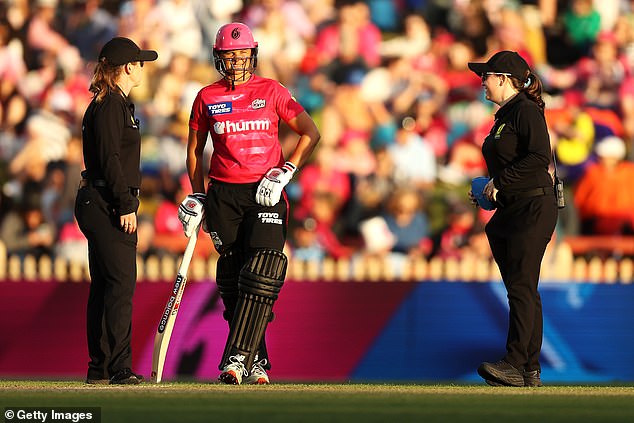 Cricket game is stopped… by the SUN! Women’s Big Bash League players are forced to wait for nightfall in comical scenes as Alyssa Healy’s Sydney Sixers take on Adelaide Strikers in the final

There were confusing scenes at North Sydney Oval on Saturday night as play was halted in the Women’s Big Bash League final due to the sun.

Sydney Sixers are taking on the Adelaide Strikers for the top prize, with the Strikers setting their rivals a target of 148 runs to win the eighth instalment of the women’s tournament.

However, as Alyssa Healy’s side set about chasing down the total, play was momentarily halted with both sets of players taken off the pitch in bizarre fashion. 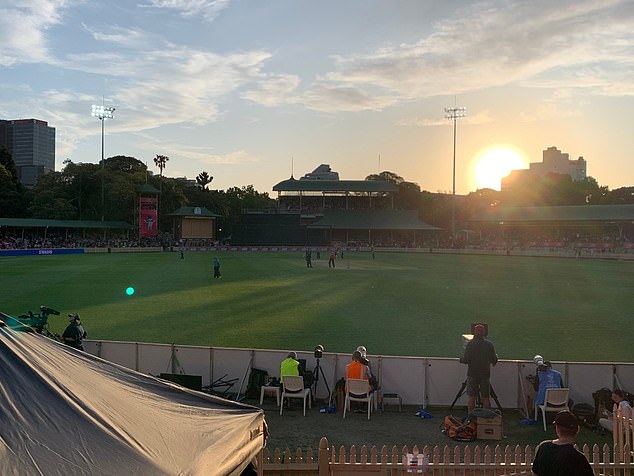 The umpires deemed that the low-setting sun posed a danger to the players, so paused the contest until it had set.

Deandra Dottin’s 52 not out helped guide Adelaide to a competitive total, with Healy making a solitary run before being dismissed by Darcie Brown.

The Sixers have already lost four wickets within the first six overs and have a mountain to climb if they are to win the game.