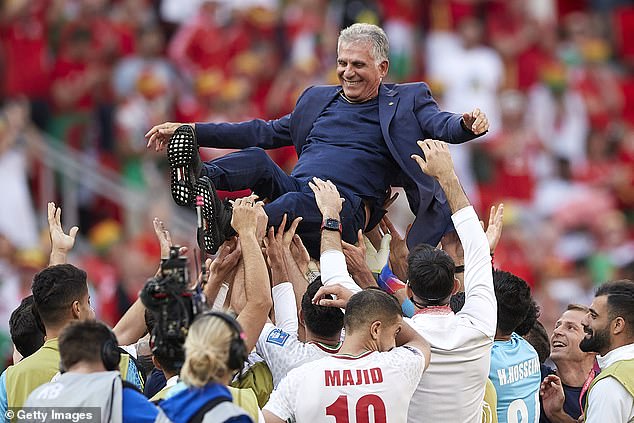 Current Iran coach Carlos Queiroz was hired by US Soccer in 1998 to develop a plan of action to turn the USA into World Cup contenders by the 2010 tournament.

Over 24 years ago, ‘Project 2010’ was unveiled. It was a grand 12-year, $50 million plan was designed to have the United States win the world’s most coveted trophy, unsurprisingly, by 2010.

The USA launched the plan just before the 1998 World Cup and took its lofty ambitions to France – where it fell flat on its face, dead last.

US Soccer commissioned Queiroz to take a no-holds barred look at American soccer to address what needed to be improved to bring it into the next century.

And quite clearly, a lot needed addressing. Queiroz’s analysis developed into a 113-page report.

Speaking ahead of the project’s supposed deadline in 2010, US Soccer president Sunil Gulati said: ‘He [Queiroz] gave us an independent look at the landscape here with a third-party point of view.

‘He knew some things about the US. He coached here in 1996 [with the MetroStars]. He’s multi-lingual, had been heavily involved in youth player development in Portugal, had coached at the professional level in Portugal and Japan and the US We had a very experienced guy to look at the overall landscape and give us some views, some reflections.

‘The document is different from the perception,’ Gulati said. ‘You probably had certain people saying, “The Americans are crazy.” You had other people saying, “Absolutely, think big.” ‘

But Americans have rarely shied away from thinking big and Queiroz appeared to capture that sentiment, sticking a photo of the moon landing and an astronaut holding the Word Cup trophy and kicking a soccer ball on the front of the dossier.

He even likened the goal of winning the World Cup in South Africa to the Apollo XI Moon Landing and entitled the report, ‘We Can Fly’.

He also pulled inspiration from President John F. Kennedy, quoting: ‘I believe that this nation should commit itself to achieving the goal, before this decade is out, of landing a man on the moon and returning him safely to earth.’ 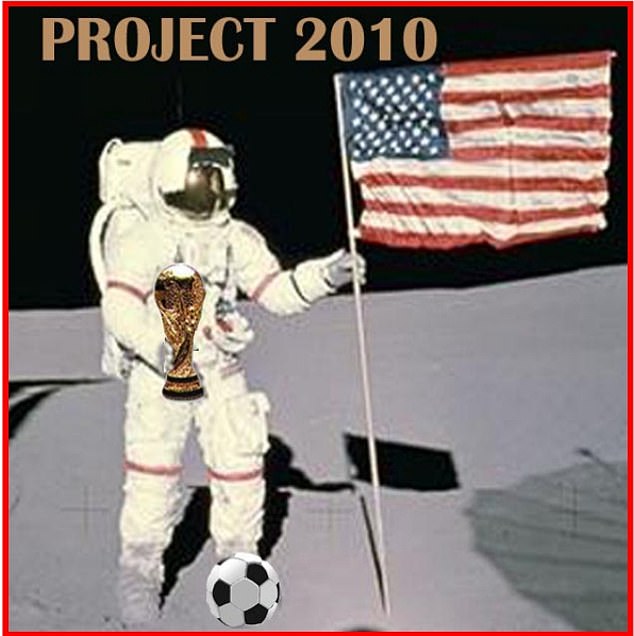 The plan, entitled ‘Project 2010,’ likened the goal of winning the World Cup in South Africa to the Apollo XI Moon Landing and entitled the report, ‘We Can Fly’

‘It is a tall order, to be sure,’ wrote Queiroz, who co-authored the report with University of Hartford men’s coach Dan Gaspar.

‘But through frank evaluation, careful planning and a commitment to changing the goal of goal making Project 2010 a reality is certainly within reach.

‘As Americans you live in a land rich with human resources and unlimited potential, where hopes and dreams frequently come true. During the years leading up to 2010, you have every opportunity to put the infrastructure in place to create an environment where the sport can move forward in a meaningful way.’ 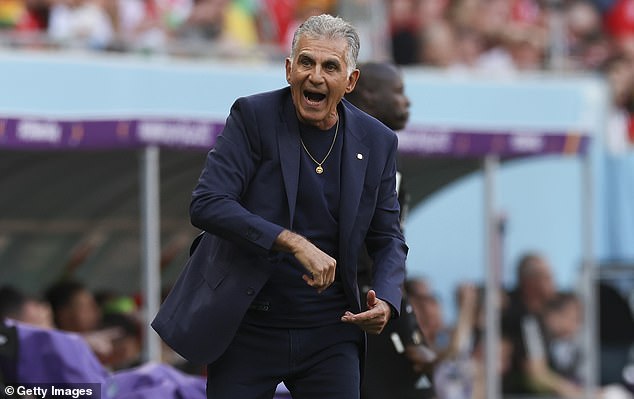 Queiroz added: ‘In my country we have the saying, “Don’t put all your eggs in one basket.” But this is what the United States does when it invest time, energy and money into the preparation of the youth national teams, but does nothing to improve the competitive system that provides for player development.’

Queiroz’s blue print for change included revamping the youth player coaching and development system, the establishment of a technical department, establishing a network of 99 coaches at the national, regional and state levels, upgrading coach education and the establishment of an Under-19 national league, among other recommendations.

Some of those recommendations have been used in programs. One turned into US Developmental Academy which was instituted in 2007. The USDA has players training and playing at the Under-16 and U-18 levels with clubs with regionally and playing for a national title every year.

But US Soccer made the decision to end the operation in March, 2020 due to the financial situation cause by the Covid-19 pandemic.

But it’s safe to say that by the time the US opened its campaign in Rustenburg against England, Project 2010 had failed.

Despite a somewhat triumphant 1-1 tie against England in the group stages, not too dissimilar from Black Friday’s battle, the USMNT had little to take from the tournament, bowing out in the Round of 16 to Ghana. 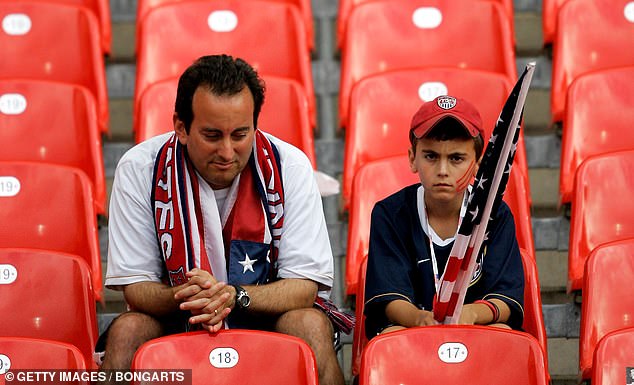 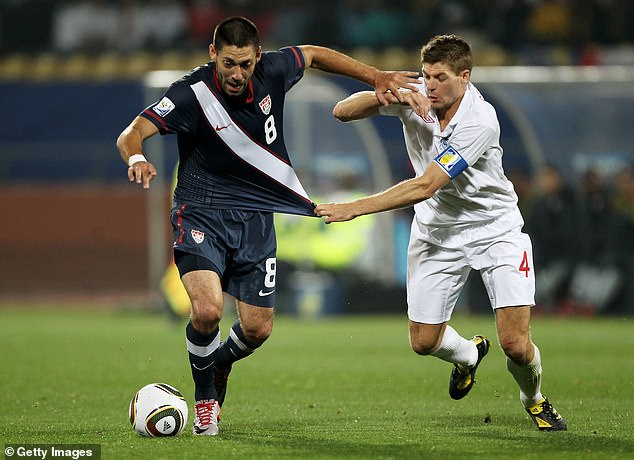 Back in 2010, Gulati claimed the plan had always been more of a long-term vision. He said: ‘I don’t think there were a lot of specific things that we said, “OK, we’ll take these 20 things and implement them.”

‘It was really a long-term view and what he thought were deficiencies and where we might be able to improve. And in that sense, Project 2010 has really been a vision and goal that has been filled in along the way with any series of quantifiable actions.’

But the project may not have been a complete waste of time but rather merely a late bloomer as the USMNT in Qatar shows glimmer of a promising future.

The young, energetic and passionate US roster is beginning to stake its claim on soccer’s global stage.

It managed to hold the No. 5-ranked team England to a goalless stalemate Friday and arguable was even the better side. 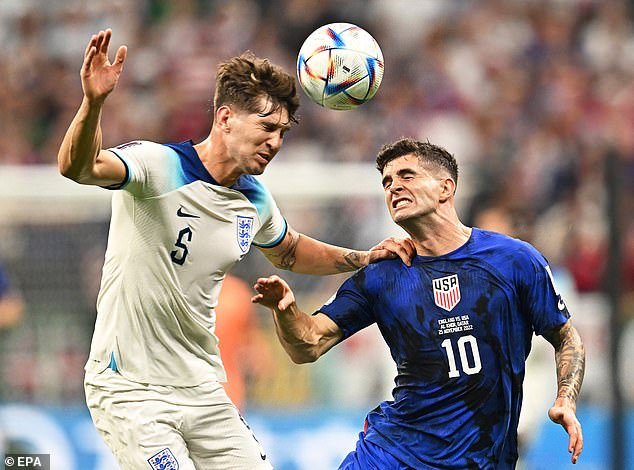 The US managed to hold the No. 5-ranked team England to a goalless stalemate Friday

And with an average age of 25 years, the youthful team has countless opportunities to continue developing.

By the time the next World Cup rolls around, which the USA is co-hosting alongside Canada and Mexico, the nation may have even more young stars to boast about at its own tournament.

13 members of Gregg Berhalter’s roster play in one of Europe’s top leagues and with the increasing talent America is producing there could be more in four years time.

However, before getting too carried away there is still the World Cup at hand to focus on. 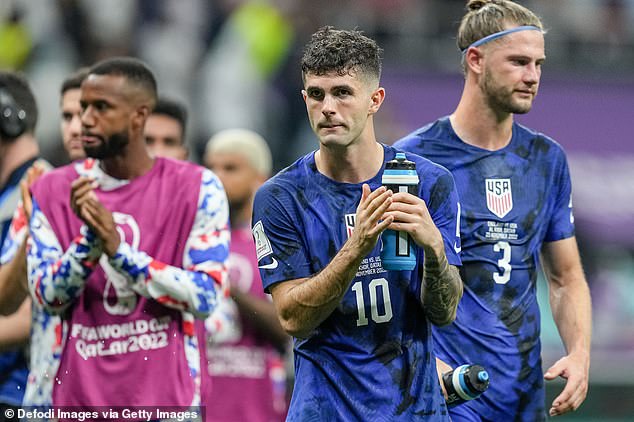 The very man who could be hailed for setting the US on this path is now coaching the team that stands in the way of the Americans and the knockout stages.

There is still work to be done for Berhlater’s team as it must beat Iran Tuesday to progress to the knockout stages of the tournament.

After two draws against both Wales and England in its first two Group B games, another draw or a loss will not be enough.

Ironically, the US also faced Iran at the 1998 World Cup, the year of ‘Project 2010’, where it lost 2-1, not exactly providing a good omen for Tuesday’s clash.